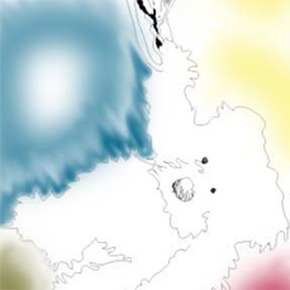 Satire is a device useful in bringing pompous gravitas to heel and taking hypocritical social figures; institutions and human behaviour down a peg or two by exaggerating their more ridiculous aspects.

Labour saving devices for instance at their most extreme fall easily prey to this kind of ridicule, when they require lengthy and complicated instruction manuals in order to have enough skill to operate them, while by way of contrast a sprung cloths-peg merely requires the squeezing of one end in order to open the other.

A spinning machine by which one operator could do the work of many, leading to  larger profits for manufactures and collaterally condemning untold numbers of spinsters to the workhouse. It also helped to trigger the industrial revolution, giving birth to what we now know as the ‘Clothing Industry’.

This devise became so popular during the period in question that manufacturers were prompted to vary the tone of the whistle on different models, which was some relief to those fortunate or not, to be within earshot.

Some ladies; perhaps over enamoured by this musical aspect of the machine, began forming groups among themselves to play together, and this led eventually to small ensembles which, during their heyday, frequently gave public performances, until the Church, viewing these practices as sinful, forced the, by now quite extensive orchestras, to give their recitals from behind large screens.

Whether this forced discretion could be considered to have had a civilising affect remains arguable.

View all posts by David →
This entry was posted on 19 September, 2013 in homepage and tagged dave tomlin, nick victor, satire. Bookmark the permalink.