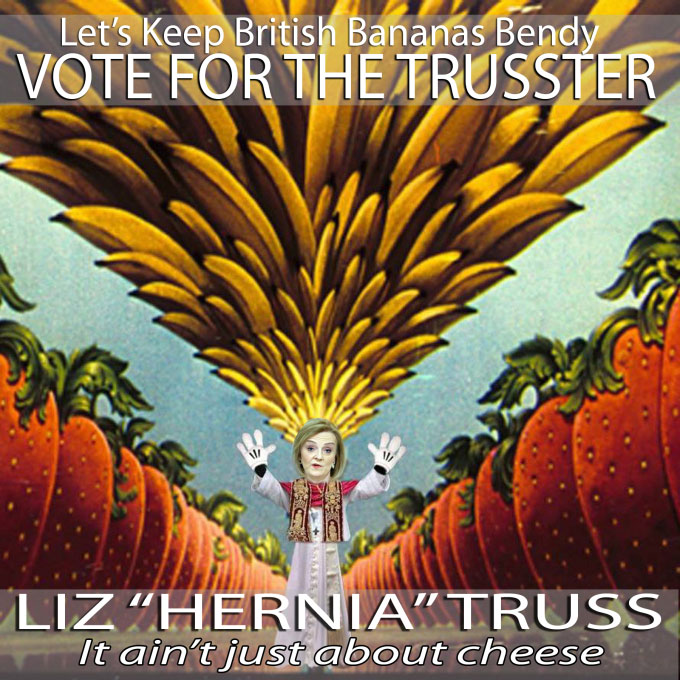 READER: Was that you I spotted being detained in handcuffs by armed security guards near the customer service counter of Morrison’s the other day? I told you you’d get caught eventually.
MYSELF: I was not shoplifting; I’ve put all that behind me now. What actually happened was that the facial recognition CCTV software malfunctioned and mistook me for absentee Hastings & Rye MP Sally Ann-Hart, on one of her rare visits to Hastings.
READER: Oo-er, that’s harsh, although you do look a bit like her when you forget to shave.
MYSELF: I won’t be doing that again in a hurry.

BOY’S HEAD FOUND IN SANDWICH
Carlton Mangrove, headmaster of St. Bodolph’s Academy for Boys, who has been missing for several weeks, has been found by police in Kent, where he was discovered hiding in a concealed tunnel under the pelican enclosure at Sandwich’s famous zoological attraction, World of Beaks.
“Once it got out that I had faked all my qualifications,” the principal confessed to our reporter Imogen Sandcastle, “my headmastering world caved in”
“On top of all that when the job I was offered as head tosser at the Deal branch of Pancakes R Us failed to materialize, and the two Nigerian gentlemen to whom I had handed over my passport and £2,000 in cash simply vanished, I panicked”.
Mr. Mangrove, 56,  who still lives with his mother Nancy, a former cocktail waitress from Piddinghoe and has to wear surgically corrective sandals which chafe when he runs, was remanded for psychological reports.

BIG FIGHT: GLOVES OFF AS HYSTERIA MOUNTS
Since Boris “Spaffer” Johnson hung up his gumshield, the much anticipated heavyweight bout between challengers Rishi “Fishy” Sunak and the Liz “The Hernia” Truss is shaping up to be the brawl of the century according to Sunak’s manager Georgiou Falafel. “My boy’s a psychopath with a sociopathic chip on his shoulder” he told us, “The Hernia’s in for a shock. She doesn’t stand a chance. Fishy’s sparkling teeth and dazzling choreography will mesmerize Truss. I predict a knockout in the first minute.”
In the other corner, Truss’s manager Nadene “Bellend” Doris retorted angrily; “Fishy? I’ll give him one round. He’s a nobody. My kid’s a hurricane with boulders in her gloves. She’s a killer. Her feet are like whirling dervishes at an Irish dancing contest. One right hook from the Trusster’s fist of fury will knock him into the middle of next week or possibly the week after.”

READER: That’s impossible. No one has ever heard Anne Widdecombe’s voice.
MYSELF: That’s the whole point. Only dogs can hear it. And milk.

His other recent patent applications include a heated waterproof shell suit for taking cold showers in the winter, a clamp for holding down frisky parrots, a revolving gas powered toothpaste dispenser, a hand knitted ashtray for smoker’s cardigans, and square hula hoops which glow in the dark during lent.

NEW SOCCER SEASON: WARRIORS OFF TO CALAMITOUS STARTCockmarlin Thunderbolts 8 Hastings & St Leonards Warriors 0
Frustrated Warriors fans who accompanied their team on a pre-season tour of Greenland were spotted moping around like recently bereaved widows this weekend, and with good reason. After a comparatively successful trip during which they soundly thrashed Greenland’s only competitive football team
FC Qaqortoq Penguins, they returned triumphant, alas only to suffer yet another humiliating result.
As one angry supporter told us: “Recently appointed Italian manager Giovani Fuctivano (The Goalfather) has got to go. He has not only insulted the fans by renaming historic Warrior Park La Casa Nostra but has also sold Nobby Balaclava, our best player, to a male escort agency.”This is what the bottom of the Nuclear Waste Disposal Solutions League (South) looked like after the final whistle blew on Friday:
P   W   D    L    F     A     Pts

After the game, Hastings’ Georgian (“Don’t say Russian”) owner, Oliver Garki, spoke to our reporter.
“Mathematically we should have won. Fuctivano is a soccer genius. His tactics were faultless. The lads couldn’t have been more magnificent. If it hadn’t been for Nobby Balaclava’s inflamed groin and dyslexic Tourette’s sufferer Craig Cattermole’s sending off in the first minute for calling the referee a wakner, we would have walked it. The Thunderbolts’ pitch was a disgrace. It sloped from left to right in the first half, and then from right to left in the second, so we were kicking uphill for the entire match. The ball was too round, and kept rolling away from our players.
The referee just happens to be the Macaroon’s manager’s brother–in-law and owes their Colombian striker £300 for cocaine”.
“Cockmarlin’s German goalkeeper Deiter Klansmann had a spider in a matchbox which he waved about to frighten Nobby Balaclava our centre forward every time he got into the six yard box.”
“Obviously we are disappointed, since our main task this season is to strengthen the squad, gain immediate promotion from the Hobson’s Denture Fixative League (south), and put us right back in the top flight where we belong”

READER: Do you actually get paid for this rubbish?
MYSELF:  An absolute fortune, every penny of which goes to my favourite charity.
READER: Oh I’m so sorry! Me and my big mouth! Which charity is that, if I may be so bold as ask?
MYSELF: Guard Dogs for The Rich.
READER: Fair play, you’re a saint and no mistake. I stand corrected, as the satisfied customer said to the orthopedic shoe salesman.

View all posts by Colin →
This entry was posted on 6 August, 2022 in homepage and tagged SAUSAGE LIFE 237. Bookmark the permalink.