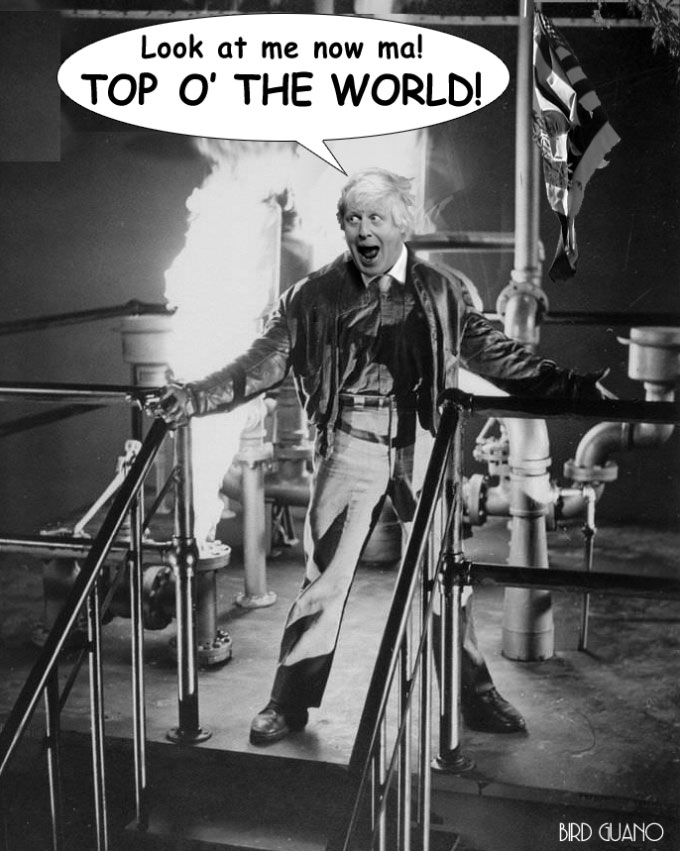 MYSELF: Hola lectoras! Here I am reclining on a deckchair by the pool at my villa in M*********, reading a pointless book and keeping an ear out for the reassuring clinkety-clink of Hideo, my Japanese butler approaching with a gin & tonic. By Jove, it’s hot enough to fry an egg on the bald head of a divorced welder.

READER: Well lucky old you, but what’s with the mystery asterisks? Why don’t you just tell us where you are? Is it Majorca?

MYSELF: No it most certainly is not Majorca. In any case, do you really think I want the likes of you turning up with your copy of yesterday’s Sun, your PG Tips and your six pack of HP sauce?

READER: Rather than take offence at that remark, I will give you the benefit of the doubt, and assume you are drunk.

MYSELF: At this time of day? I most certainly am not. On the contrary, I am utterly judge-like in my sobriety, although I am not wearing a suitable wig or gown.

READER: If you really were sober, you would have remembered I only buy The Daily Mail. Anyway, which holiday blockbuster are you reading?

MYSELF: Well since you ask, I am currently reading The Theory of Unintelligent Design by David Ike (Shitster & Sheister 12.99), and Mexican Sneeze a biography of my favourite guitarist, Tit Bingo of Meat Raffle.

MYSELF: Yes, he’s currently doing 22 years in a Oaxaca penitentiary for smuggling baby armadillos out of Mexico concealed inside barrels of cocaine. His counsel unsuccessfully argued that he suffered from monophrenia, the inability to lie convincingly, but the sober old judge wouldn’t buy it.

READER: It’s alright for some. I wish I could lie around reading all day.

MYSELF: You don’t know the half of it. I am also learning how to make wallpaper paste out of badger sweat, and teaching myself to play one dimensional chess.

THE FURTHER ADVENTURES OF HOLMES & WATSON
No. 357: The baffling case of the unnatural pomegranate

The crackling log fire cast a warm comforting glow over the cosy study at 221b Baker Street, as the famous detective and his companion Dr. Watson enjoyed a quiet night in. Holmes grappled with a 10,000-piece jigsaw composed entirely of cloudless blue sky when Watson, perusing the latest issue of The Tatler suddenly became animated.
“Good heavens Holmes, an old friend of yours has been involved in a terrible accident. You remember Friedrich Nietzche? Didn’t you go to school with him?”
The detective’s knitted brow indicated that he did indeed remember the irritating German philosopher who had been his fag at Eton and was forever spouting inflammatory nonsense and half-baked theories. Holmes had frequently given the younger Nietzche a beating, sometimes for spending too much time in the Physics lab, sometimes for not putting enough jam on his crumpets, or misaligning the creases of his dress trousers. His pipe, as though in agreement, belched a black cumulous cloud of foul- smelling acridity which insinuated itself into Watson’s sensitive nostrils. After a short sneezing fit, the Doctor felt able to continue relating the Tatler story; “Listen to this Holmes. We all knew about Nietzche’s fondness for modern machinery but according to Tatler, he had become completely obsessed with the new-fangled electric machines which clean carpets by employing enormously powerful suction and had purchased one in order to make the life of his domestic staff a little easier. No one knows exactly what happened as he is still in a coma, but evidently he was found by his butler face down and unconscious, with his head right up against the infernal machine’s inlet duct. The poor blighter’s lips had been entirely detached and sucked into the dust bag”.
Holmes, deliberating over two pieces of identical sky-blue jigsaw, was to all intents and purposes barely listening to the doctor’s story. Inside his complex brain however, resided an irresistible well of mischief.
Detecting the tiniest, revealing twitch in Holmes’ left eyelid, Watson made a valiant effort to cover his ears and sing lalala, but the sleuth was far too quick for him.
Without looking up from the impossible puzzle, he removed his pipe and spoke;
“Nietzche adores a vacuum”, he said flatly.
Watson, ever dignified, stood up and left the room. For a full hour afterwards he could be heard weeping softly into his pillow.

DO TRY THIS AT HOME
Following formula one racing can be an expensive and time consuming hobby. Here’s a cheap and easy way to enjoy the experience without going out.

Trap a handful of wasps in a Lyle’s Golden Syrup tin (make sure there are air holes in the tin, and no traces of syrup!)
Light a cigar, and shaking the tin vigorously, blow some smoke into it before attaching it to your ear with an elastic band.
Place a cardboard box over your head, and in your loudest voice shout Max Verstappen! over and over again until you have a sore throat.
Enjoy!!

ASK DR. GUANO
Due to lack of space, the editor has ordered me to deal with this issue’s mailbag of misery more efficiently, by printing only my replies:

Dear Martha Gluck (Mrs) of Herstmonceaux: I have to inform you that you are both wrong. It was the Swedish clarinettist Lars Vondervondervonder.De
ar Norman Rhodes of St Leonards: I am sorry to disappoint you, but since 1975, all the white dog faeces has been exported to China to make toys.

Dear Rev. Richard Hummous of Cockmarlin: Covering yourself in goose fat in order to go shopping is no substitute for sensible warm clothing, and it will almost certainly reduce the resale value of your bicycle.

PUB QUIZ
Q: Which Geordie scientist discovered the theory of relativity?
A: Why Einstein of course

READER: Hang on a minute, Einstein wasn’t a Geordie!

MYSELF: And neither, clearly, are you. Smart boy wanted, apply within.

View all posts by Colin →
This entry was posted on 23 August, 2022 in homepage and tagged Colin Gibson, SAUSAGE LIFE 239. Bookmark the permalink.

One Response to SAUSAGE LIFE 239