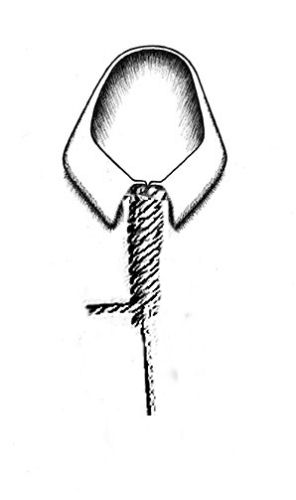 Apart from a few clapped-out aristocrats we are, for the most part, a nation of serfs. In the not so distant past – a few hundred years or so – we were bent over in the fields with a sack over the head to keep off the rain, while pulling turnips from the mud.
Then came industrialisation, coercing the peasant serfs with their ‘touch the forelock’ attitudes from the turnips, and transforming them into a wage-earning work force.
However, serfism had been the lot of the common majority since the days when bullies ruled by the sword, but the coming of the industrial revolution brought an ideal opportunity to relieve the labourer of his physical toils and free him from the Master’s prerogative to use him as a beast of burden, allowing him/her to relax against a convenient hedgerow and dally  amongst the daisies and buttercups, there to sip from his jug through the long summer afternoons while enjoying his share of the new commonwealth.
This, unsurprisingly, was not how the industrialists saw it at all, for here was a chance to reap all of the benefits of the industrialised commonwealth for themselves and turn them into private profit. The serfs however, herded like sheep into the factories earned their pittance just as before, while the demand for lackeys willing to act as agents for the powers that be, and in consequence receive payments for this betrayal, remains constant.
To act for instance as a private chauffeur to some self-satisfied entrepreneur with the equivalent of a Top-Shop portfolio; parading the latest celebrity drug-raddled model-cum-Grande horizontal on the arm, plus a cheesy smile for the paparazzi is to be a minion and lackey to someone else’s pleasure, although some might offer the dubious excuse that it is better than pulling turnips.
To serve one’s fellow men in a manner which does not threaten integrity is a position quite different from the lackey.
The honourable role of bus driver for instance serves and gives satisfaction to many hundreds of people each day. Road sweepers, sewage workers, dustbin men, postmen. All these contribute their energy and provide a service to the smooth flowing continuum which we inhabit, and all without a taint of servility.
But the Parking Warden?
To spend time as a vampire, hunting amongst their fellow citizens to bring them to a paltry justice with a hefty fine to boot is serfdom at its most pernicious. Wearing the livery of a Master to emphasise authority, particularly if that authority is levelled at his/her fellow workers; prowling the streets whilst hunting for the slightest misdemeanour, to exert their petty power on a defenceless population is an occupation of the lowest kind, treacherous to their fellows and the very essence of lackeydom.
Historically there have of course been examples of even lower strata of this syndrome. The executioner with his axe; the hangman with his rope; even the lowly task of winding the levers on the rack to produce some satisfactory screams. Today these violent roles are less available to the willing lackey, but pale shades of these examples linger on in wheel clampers; bailiffs; council officials of many kinds who work for the corporate organisations and flaunt their logo badges of servility whilst accepting the degree of power which goes with the job, providing the self-disgust which must follow can be overcome.
But serfdom is serfdom whatever the conditions or circumstances and business requires obedience. It can of course use all manner of enchantments to govern its serfs, from providing them with bread and circuses, courtesy of Barclays bank or Coca-Cola etc., to stringing them about with iPods and earphones, with a mobile phone for the in between bits, thus producing a degree of preoccupation unable to resist the well laid plans of the Masters.
A serf is a serf whether dressed in sacking, or a pair of trainers, jogging bottoms and baseball cap. Still touching the forelock in hopes of an enhanced wage packet the serf inherited instincts take many generations to dissolve before the man come into his own.
The Price
A mooning eye looks over
A landscape full of dreams
But our ears are full of ipod
And the eyes are dulled by screens.
The morning star grows brighter
Upon the dawn it beams
But our ears are full of ipod
And the eyes go blind with screens.
The nightingale sings sweeter
When left alone it seems
But our ears are full of ipod
And the eyes are blocked with screens.
Dave Tomlin
Tweet

View all posts by David →
This entry was posted on 13 June, 2013 in homepage and tagged Alfred Garth Jones, dave tomlin, peasants revolt, Serfdom. Bookmark the permalink.