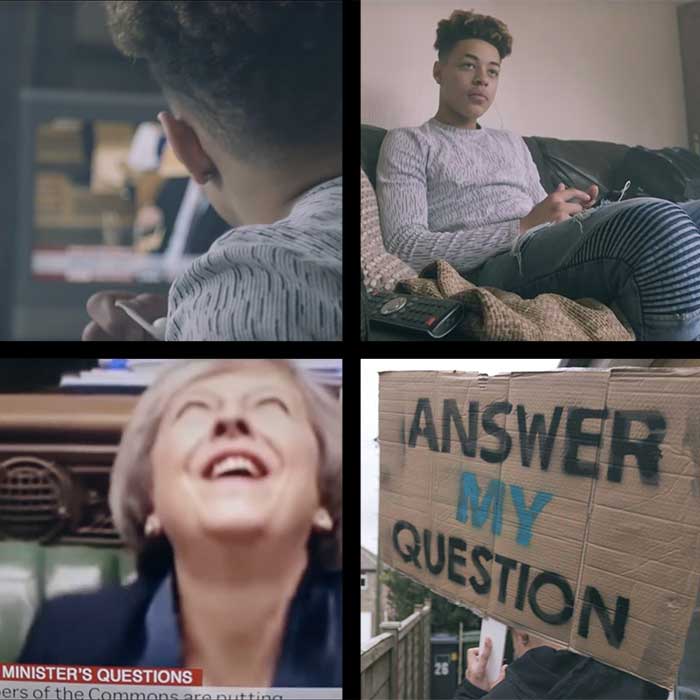 Punchy beats, loony tune hooks, dub basslines and gospel tinged soul-rock vocals are resplendent on this forthcoming new Cabinet Of Millionaires single “SERVE ME (ft Pat Fulgoni)” – a scathing attack on the mockery of Prime Ministers Questions #PMQs. Don’t get us started on the #tvdebates. Turn it Up! #answermyquestion

Conscious lyrics: “Don’t you use that mocking tone … You’re here to serve me. Just answer my question!” sung by Pat Fulgoni.

“Serve Me” is the third single hot on the heals of radio support for the previous singles “Satan’s Horses and “Cabinet Of Millionaires” including Eddy Temple Morris and Nemone (BBC Radio 6) and various US College radio stations.

Live dates have included shows for Love Music Hate Racism and the Peoples Assembly Against Austerity, even being incorporated into a play (theatre) down the road from Conservative Party Conference

A little about Pat Fulgoni: He is a singer across a wide range of genres, Most recently he has been flexing his vocal muscle with massive Drum & Bass artists including Camo & Krooked, London Elektricity, Dexcell, Technimatic, Logistics, 1991 and The Vanguard Project, and for labels including Hospital, Ram, Shogun Audio, Spearhead, MTA, Medschool. He’s toured the planet with various acts from the USA to China and throughout Europe. His activism dates back to the nineties when he organised the No Compromize CD against the introduction of tuition fees and collaborated with Tony Benn MP

Tweet
This entry was posted on 14 June, 2017 in homepage. Bookmark the permalink.