Shakespeare Was a Pot Smoker? Archaeologists Make a Surprising Find Shakespeare with a “Camberwell Carrot”

An analysis of pipe fragments found in the playwright’s garden suggests he was no stranger to cannabis. 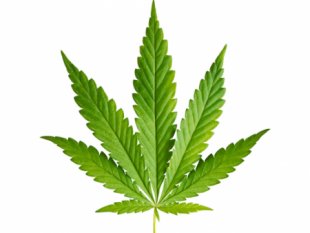 Pipe bowls and stems from Shakespeare’s garden were on loan from the Shakespeare Birthplace and Trust for the study. The analysis was performed by South African research scientists from the Transvaal Museum in Pretoria and used a technique called gas chromatography mass spectrometry. The technique is sensitive to residues preserved in pipes.

The analysis studied plant residues found in pipes dating back to the 17th century that were excavated from Stratford-upon-Avon in south Warwickshire, England, which was the birthplace of William Shakespeare.  The analysis studied 24 pipe fragments, a few of which were found in Shakespeare’s garden. The results, published in the South African Journal of Science, indicated cannabis in eight samples, nicotine in at least one sample and evidence of Peruvian cocaine from coca leaves in two samples.  The analysis confirmed a diversity of plants was smoked in Europe during the 17th century.

The analysis found none of the pipes with cocaine residue came from Shakespeare’s garden, but four of the pipes containing cannabis residue did.

Cannabis residue has been discovered in clay pipes from Shakespeare’s garden.  Reuters

A few literary indications suggest Shakespeare might have been aware of the deleterious effects of cocaine and preferred cannabis, the South African Journal of Science reported. In Sonnet 76, Shakespeare wrote, “invention in a noted weed,” which could be interpreted to mean Shakespeare was willing to use cannabis, or the “noted weed,” for creative writing, or “invention.”

In the same sonnet, Shakespeare also wrote he would prefer not to be associated with “strange compounds,” which could be a reference to cocaine, according to the article.