Frank Scully, a long-forgotten journalist, was recalling the first time he met Luigi Pirandello in Paris in the cocktail lounge of a movie theater on the Champs Elysée. It was well before World War II, but he could have been writing about the here and now in Trumpistan. 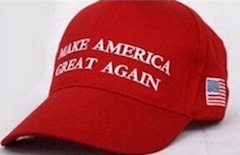 Pirandello was “on the lam from his native Italy,” where his “sense of humor was too acute for a Mussolini who had completely lost his. … Dictators still believe that the old, tired liberals must be ‘removed’ unless they can snap into a salute and shout for national glory and regeneration.”

Pirandello believed all that regeneration stuff was so much sour salami. Life to him was a sad piece of slapstick, because all of us have in ourselves the need to deceive ourselves by creating a reality (each to his taste, and each changing daily), which prove to be vain and illusory.

Scully recalled Pirandello saying, “My art is full of bitter compassion for all those who deceive themselves; but this compassion gives way to a savage derision of destiny for condemning man to such deceptions.”

View all posts by Jan →
This entry was posted on 8 August, 2018 in homepage. Bookmark the permalink.