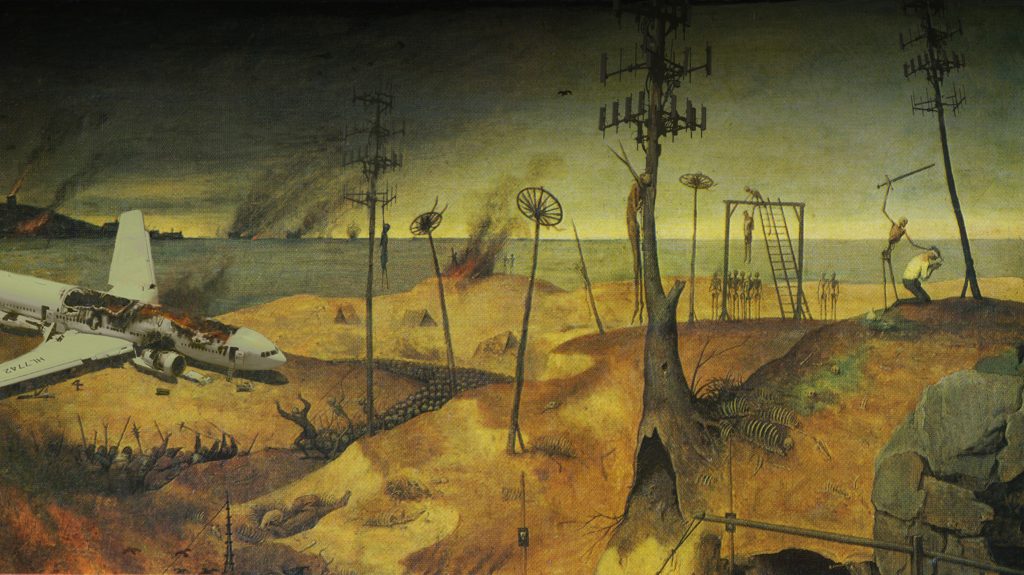 Two Englishmen walked into a bar…

“Chaos mate, it’s total fucking chaos. They’re choppin’ each other’s ‘eads off… runnin’ around with ‘em on sticks. I’m tellin’ you… it’s gonna get worse and before you know it, they’ll be over ‘ere…”

“Do us good pal, level the playing field, get rid of the stinkin’ rich…”

“It’s anarchy. It goes on much longer, some tough guy will move in and take over the whole fucking mess…”

“Not this time pal, this time it’s different. This is about Equality! No more rich, no more borders, no one better than anyone else….”

It’s the urgency that’s impresses you, the desperate need to figure it all out while there’s STILL TIME.

The first guy was right: Napoleon moved in on the equality and destroyed Europe. Hundreds of thousands of men and boys were forced into murdering and maiming one another on an unprecedented scale: 65,000 died in the Battle of Borodino on one day alone and 55,000 at Waterloo.

Almost exactly a hundred years later, another two guys were still arguing – one of them again with, “…this time it’s different.” The same “Equality,” same, “…no more rich, no more borders… no one better than anyone else.” Stalin took over this time, destroyed Russia, and murdered a hundred million people – including of course, the guy who was right.

EXACTLY one hundred years after that, another two guys were still desperately arguing – Englishmen even. One with the same “Equality,” same, “…no more rich, no more borders…no one better than anyone else. And again, “…this time it’s different.” WOMEN are involved this time: they have insisted on inviting the tough guy in…to help with the equality. Help level the playing field. Help chop the heads off. How many dead men and boys will it take this time you think ladies?

It is a world of SCALE not EQUALITY.

Talk to the manager.

MALCOLM MC NEILL‘s collection of essays, REFLUX was published in 2014 and is available on Amazon. “STILL TIME” is part of REFLUX2.

View all posts by MALCOLM →
This entry was posted on 20 July, 2017 in homepage and tagged Malcolm McNeill. Bookmark the permalink.