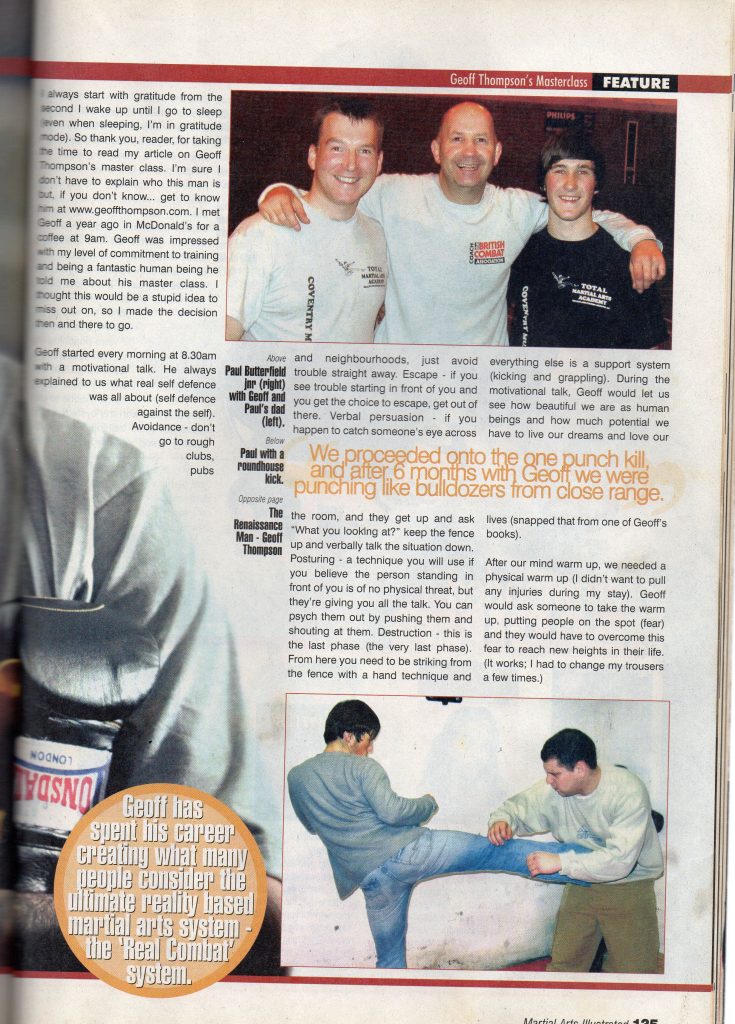 When I went to college I was studying sports science.

At that time I was a full time martial artist!

I worked part time jobs all my teenage life.

I started off as bottle collector in a bar in Donegal. I sorted out the clear bottles from the coloured ones.

Then I became a cleaner in a bar.

After that I became a waiter in a hotel and I stayed there for four years.

After leaving that job I became a shop assistant.

I left the shop assistant job to train full time, teach on the side and go to college.

In my first year of college I met a man called: Geoff Thompson. He was the no.1 self-defence instructor in the world and a guru.

I got to meet him in person after emailing him one Monday morning and getting ready to go to his seminar that same weekend!

My dad actually said to me: who do you think you are emailing a man of that calibre?

He was one of my heroes!

I read all his books and watched all his DVDs on martial arts and self-development.

Who the fuck are you not to do something like that?

If you don’t ask… you don’t receive… as the saying goes.

He offered me a £1200 masterclass under his instruction for a year for free.

You see, if you don’t ask you may end up with regrets and become mundane for not asking.

I was 17 years old and college and the masterclass were coming to an end.

I asked Geoff if I could write an article about the masterclass for a martial arts magazine I used to read every month.

My dad grew up reading it and Geoff used to write for them as well.

He told me to go for it!

On my way back home in the airport, I picked up a cheap notebook and a pen and I started penning it on the plane.

I got the go ahead for publication and I took it!

Within a month… the article was out and I was a published writer… something I yearned for since I was a kid!

I turned 18 and I went back to the second year of college but… I didn’t want to go back!

I wanted to become a writer.

I was called in by the tutor of our course and he told me I didn’t pass the first year.

I literally smiled and laughed at him.

He was a little taken aback by this… but it was a huge relief for me!

I told the tutor I wanted to be a writer and I wanted to leave all this training shit behind me and live by the pen.

He asked me if there was any way he could help and assist me. I told him ‘no’ and that the streets will talk for me and I’ll learn it as I go along.

I set out at 18 with this aspiration and I decided to write another article for the same magazine, but about my life experiences as a martial artist.

Yes, and again it was published by the time I was 19!

I was penning a manuscript on training and self-development, but they didn’t quite work out in the end up.

I was 19 years old and my life was about to be turned upside down and it would never be the same again.

It was about to get dark and ugly!

We’re going to get into this in the next article.

But for now… I’m going to leave you with this poem: A show off on the mat! 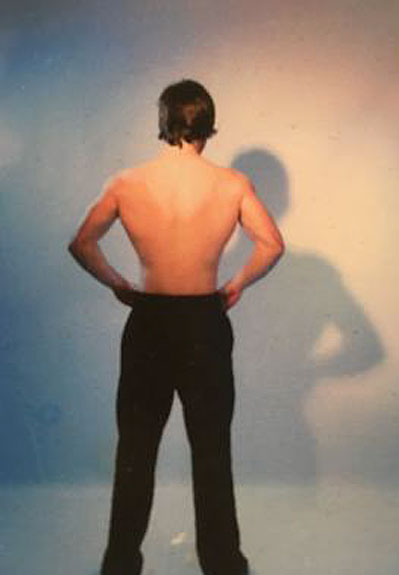 A show off on the mat

He really wasn’t that good

I’d hate to see him

He was a showman

I admire his showmanship

From all the effort you put in

I never classified myself that great

I knew something he didn’t

Tweet
This entry was posted on 1 August, 2020 in homepage and tagged Paul Butterfield Jnr, street writer. Bookmark the permalink.