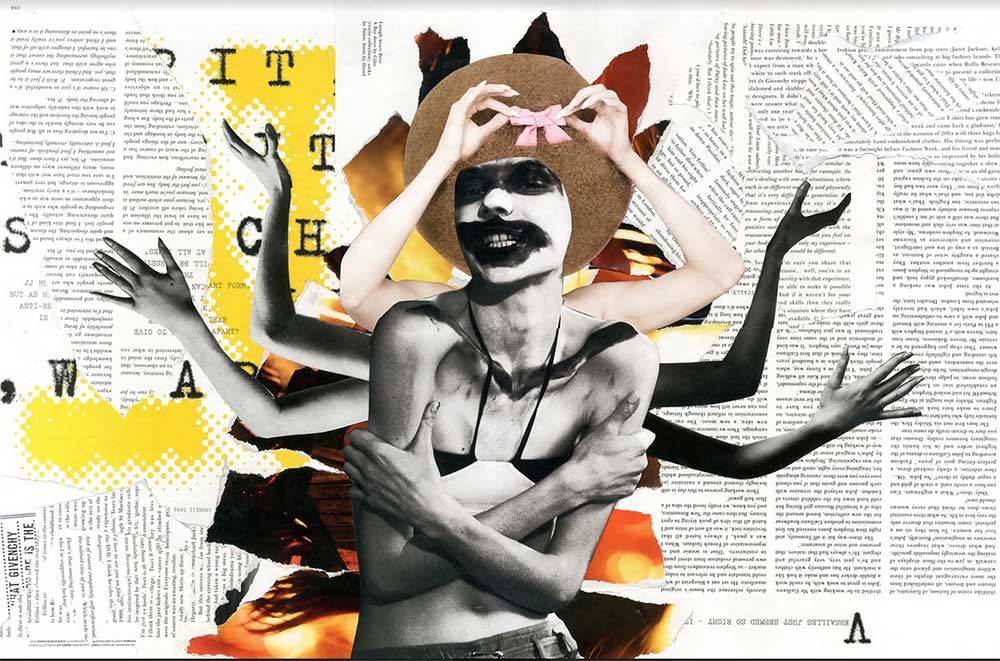 ‘Deviant: adjective & noun. Adjective: that deviates from the normal, especially with reference to sexual practices. Noun: a deviant person or thing.’

‘Have you taken up transvestism? I’d no idea our marriage teetered on the edge of fashion.’

For my 18th birthday, in 1986, I was given what most would consider some unusual coming-of-age presents: a wooden hatstand, a crystal whisky decanter, a book on the occult… My extended family are an odd bunch at the best of times, but of all the gifts I unwrapped that day, the most bizarre – the only one I still possess – was the one my aunt gave me: A Dictionary of Mental Health by Richard B Fisher. What that says about me, I don’t know, but they say people give gifts they want themselves, so…

It is admittedly a fascinating book; a guide through the twin mind fields of psychiatry and psychology – a mostly balanced study, for its time – and one of the most useful dictionaries I’ve ever owned. Not that I’m neurotic or a hypochondriac, but over the years A Dictionary of Mental Health has saved me countless hours on psychiatrists’ couches. Thanks to that oft-thumbed paperback, I know I’m neither neurotic nor hypochondriac, I don’t have dipsomania and I can’t claim to be suffering from Tourette’s syndrome. I am, however, according to the dictates of this dictionary, a sexual deviant. 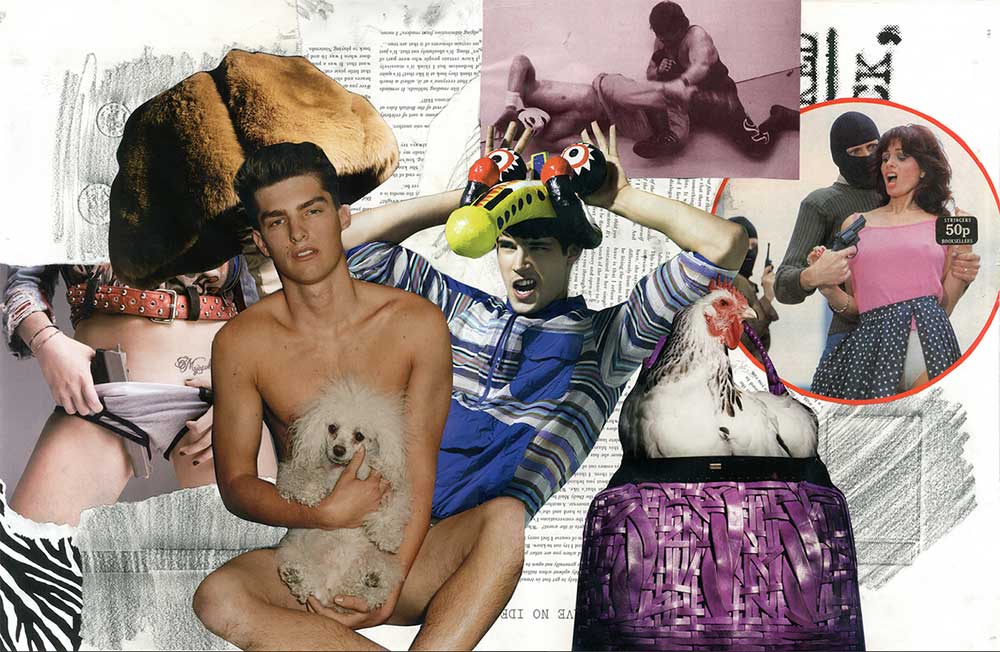 Published in 1980, at a time when the right-wing tabloid press casually associated homosexuals with paedophiles, when casual racism was mainstream comedy, when mental wellbeing meant “pull your bloody socks up”, A Dictionary of Mental Health helpfully lists the main areas of sexual deviancy (or paraphilia as it is also called) as:

Perhaps voyeurism, necrophilia and – oh, I don’t know – frottage weren’t nominated that year, but there it is, in a golden envelope: I am a pervert of many colours. It feels unnerving that in my formative years, when I was coming to terms with and exploring my sexuality, the psychiatric world could pigeonhole me alongside paedophilia and bestiality (which A Dictionary of Mental Health laughingly describes as “said to occur frequently amongst boys in farming communities”). It’s a Freudian slap in the face – and there’s a dirty old man with a lot to answer for. Just because you fancied your mum, Sigmund, doesn’t mean we all do. Besides, I grew up in a farming community and I can assure you…

To classify sexual deviancy as any form of sexual activity not intended to produce a baby is to miss a fundamental point: sex is – or at least should be – something to be enjoyed, and not merely a biological duty. Moreover, to define sexual deviancy in purely clinical terms fails to take account of both perceived cultural differences and changes in public opinion. Public perceptions have often resulted in changes in attitude long before psychiatry and/or psychology and the law have woken up in bed together with no idea of how they got there. Besides which, “sexual deviancy” is a pejorative term often used interchangeably with “perversion” – and to deviate from something is not to pervert it, anymore than to travel into town on the bus is to abuse the train.

In fairness to Mr Fisher and his dictionary, he does point out that many textbooks on psychiatry rightly regard any such association as unjustified, and goes on to say “to describe any [italics mine] sexual practices as perverse… is a mischievous holdover from the intensely moralistic psychology enshrined by Freud and his followers.” Perhaps I should be a little more forgiving in my treatment of A Dictionary of Mental Health. After all, times have indeed changed and 1980 was a long time ago – wasn’t it?

In 2012, the psychiatric world finally caught up with the assumed zeitgeist when a study by clinical psychologist James Cantor, “Is Homosexuality a Paraphilia? The Evidence For and Against”, conveniently discovered that while homosexuality shared certain features with other paraphilias, they appeared to differ on “sex ratio, fraternal birth order, handedness, IQ and cognitive profile, and neuro-anatomy.” Or, to put it country simple, I’m more likely to:

As a result of his findings, Cantor suggested treating homosexuality as distinct from other sexual deviancy categories – which I guess is a roundabout way of saying “sorry, we fucked up again” – but regarded his own conclusions as “quite tentative” given the current limited understanding of paraphilias.

Ah, well. Psychiatry is a dirty job, but someone’s got to do it.

These days sexual deviancy is classified by the American Psychiatric Association as “the experience of sexual arousal to atypical objects, situations or individuals.” Hmm. Well, maybe. This broader definition conveniently sidesteps the lack of consensus as to the difference between unusual sexual desires and what we might call deviancy, but again fails to address what that difference is. We’ve come a long way, true, but it seems we’re only halfway there.

So there it is: almost fifty years after homosexuality was decriminalised in the UK, I am, in one psychiatric category at least, off the deviancy list. I can only live in hope for some sort of apology to follow. As for the rest of you freaks, you’ll just have to wait your turn. 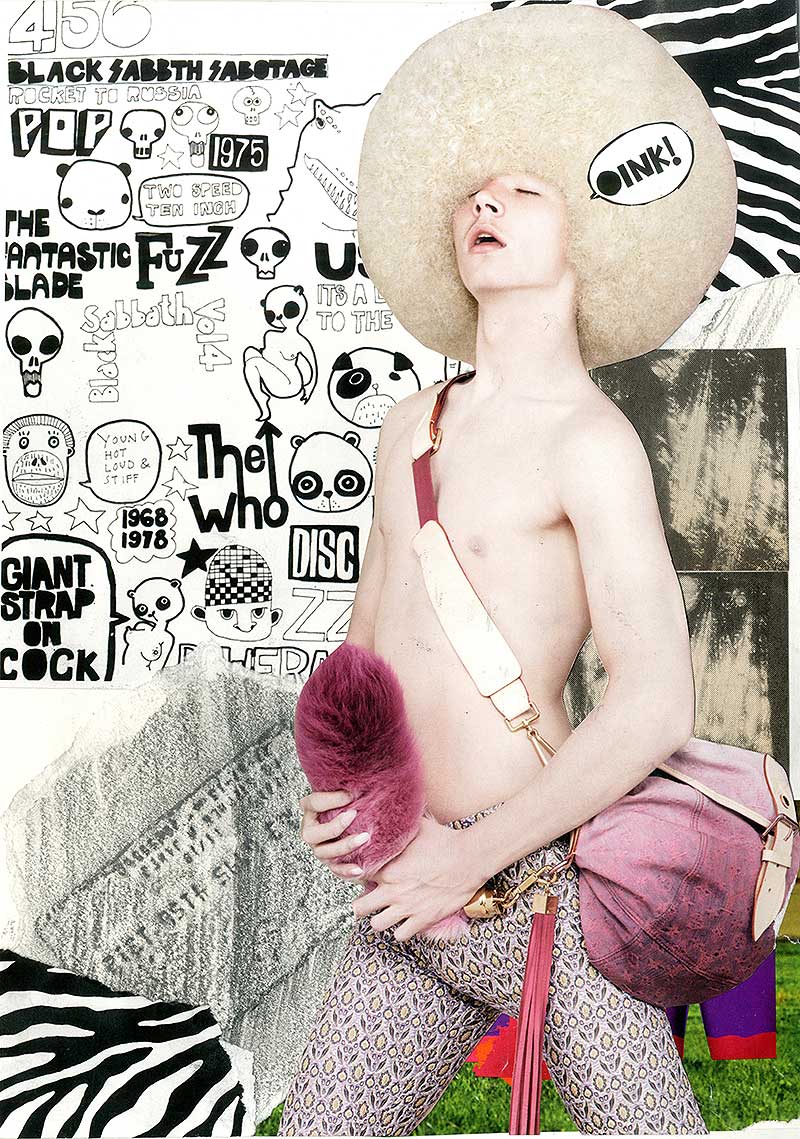 Leon lives in Manchester, England, and can be contacted at [email protected]

Stephen James is an artist who uses words, collage, sound and photography for the “gathering, distortion and dissemination of information.” He is currently studying Fine Art and Art History at Goldsmiths, University of London. Stephen can be contacted at [email protected]

Tweet
This entry was posted on 14 June, 2017 in homepage and tagged Leon Horton, Stephen James, The Freaks’ Roll-Call. Bookmark the permalink.