THE FRIENDS OF DECEPTION 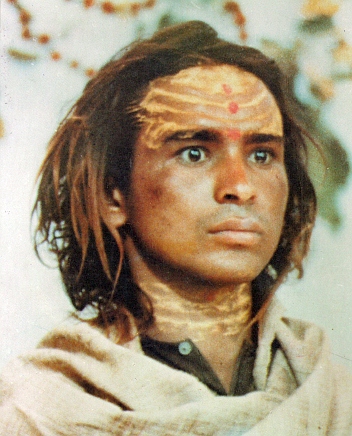 (AN EMPTY BARN APART FROM TWO HAVERSACKS AND TWO SLEEPING BAGS
LAID OUT ON THE FLOOR. INSIDE ONE BAG IS CLIVE RESTING. HE IS VERY
ENGLISH, 42, SHY, SHAVED HEAD.HE IS WEARING WHITE TROUSERS,WHITE
SHIRT AND LATER PUTS ON A BLACK WOOL HAT. PHIL WALKS IN WITH HIS
BAGS, LOOKS AROUND, PUTS HIS BAGS DOWN AND LAYS OUT HIS SLEEPING
BAG IN THE CORNER OF THE BARN. AS PHIL UNPACKS HIS HAVERSACK CLIVE
SITS UP AND PUTS HIS HAT ON)

Clive: (STANDARD BBC VOICE) Hello. Welcome to the animal farm barn! Only
twelve days to Mr Orwell’s 1984! Of course there’s only human animals being
herded here! By your perplexed look on your face I can tell you’re English!

Phil: Yes though I don’t feel very at home there.

Clive: I can hear traces of the West Country.

Phil: Very perceptive. (HE SITS ON HIS SLEEPING BAG) Devon. South Devon.
Torquay. My dad was a 100 mile road racing cycle champion. Won The West of
England three years running so they gave him the cup. When he died my mum
went and sold it! The name’s Phil. You’re from London?

Clive: Wimbledon, and I love tennis and strawberries but although I’ve got
stars in my eyes, I’m not lucky when it comes to attracting sex-mad women. I
was born in Madras so my mother called me Clive. I guess I’m on Earth
because she laid back and thought of England. You’ve just arrived?

Clive: We got here last night. Jason and myself. He paid for us to come all the
way by taxi from Delhi Airport.

Phil: A taxi from Delhi Airport. That’s insane! How much did that cost?

Clive: O I don’t know… thousands of rupees. It wasn’t my idea. Jason’s a
young American puppy I met at the Delhi Airport. He’s full of energy and has
lots of cash. He’s having Mundham at the moment. As you see I’ve already
been done.

Clive: What being shaved with an open razor?

Clive: It feels pretty strange. It’s O.K. You must wear a hat after Mundham or
you’re likely to get sun stroke. It’s not exactly compulsory, but Babaji would
like everyone to have Mundham because He says it keeps the human-animal
energy more pure. Can you feel it?

Phil: What? The quality of energy in the place?

Clive: Yes. I’ve felt it building up over the last 24 hours. Building up and up! A
tremendous intensity. You’ll see what I mean.

Phil: Well maybe I’m too thick to notice or appreciate what’s been laid on me
so far. Where did you say your mate is?

Clive: I told you… Jason’s having his head shaved? (JASON STORMS IN) No
I’m wrong. Here he is!

Jason: (HE IS WEARING AN ORANGE LUNGHI, BARE CHEST, A SHEEPSKIN
WAISTCOAT, SANDALS AND HORN-RIMMED GLASSES WHICH HAVE A THICK
RUBBER BAND WHICH GO ROUND THE BACK OF HIS BARE SHAVED HEAD. HE
IS AN AMERICAN PUPPY). Hey man, guess what?

Clive: You should be wearing protection for your head! This is Devonshire cream
Phil.

Jason: (WALKS UP TO PHIL) Wow, are you that tasty? Can I have a lick?
(DROPS TO HIS KNEES AND HOLDS PHIL’S HAND) No I’m not that GAY! I’m
Jason and here’s my golden fleece! (STROKES HIS WAISTCOAT)

Clive: Your waistcoat’s fine but you NEED a hat for protection from the sun
now you’ve had mundham!

Jason: Yeah man! JAY! JAY! JAY! Victory for the LIGHT! (SLAPS PHIL ON THE
BACK) Got any tobacco man?

Jason: There we go! I’ve got some great charis. Look at that! (HOLDS UP A
BALL OF HASHISH THE SIZE OF A GOLFBALL)

Clive: Where on Earth did you get that?

Jason: I’ve been in THE CAVE man. In the cave where Babaji first appeared!
In THE CAVE with Prem Baba. Man that guy’s such a CAT! He’s over 80 and he
smokes chillums all day! Man… he’s so far out!

Phil: (HANDS HIM A PACKET OF TOBACCO) I thought it was an Ashram rule
that no drugs should be used here?

Jason: (LAUGHS AND RETURNS TO HIS SLEEPING BAG AND STARTS MAKING
A JOINT) Rules are for those who NEED RULES to survive. Babaji teaches all of
us how to be FREE. Free inside my soul. It’s like He IS our inner SOUL! He IS
GOD… and GOD does NOT live by rules! And through Him I’ve realised I’m
GOD as well! Everyone of us is GOD! This is the TRUTH man! The real ALIVE
TRUTH! I’m ONE of the hands of GOD. That’s WHY I’m HERE! To share the LIFE
OF GOD! (PAUSE) My Guru sent me here from Hawaii. My Guru’s a real rebel.
Babaji kicked him out of here. Not as a punishment… but so he could stand on
his own feet. My Guru’s a great teacher… but like he said to me… Babaji is
GOD!

Jason: I’m light man! I’ve got no choice. No weight! Babaji’s dissolved ALL my
hang-ups. He really IS The King Of LIGHT! The master of FREEDOM!

Phil: Have you imagined how you’d FEEL if Babaji also kicked you out!? (CLIVE
LAUGHS)

Jason: I’m Hanuman, man! Hanuman the monkey god! Babaji knows who I
AM. He’s not going to kick ME OUT! He knows I LOVE HIM!

Phil: I bet that within one week from now… or in about ONE WEEK you’ll be
RANTING about how EVIL Babaji IS! How FALSE HE IS and how you HATE him!

Phil: I’m not saying that Clive and I will merely notice a cooling down… or
that you will have slightly altered your tack. No I’m saying that you will be
OPENLY slagging off the same Babaji who you NOW so blatantly PRAISE!

Jason: (LIGHTS THE LARGE JOINT AND DRAWS IN AND EXHALES AND
PASSES THE JOINT TO PHIL) You’re cuckoo, man. CUCKOO! CUCKOO!

Tweet
This entry was posted on 3 October, 2013 in homepage and tagged Babaji, Barncott Press, Neil Oram, new play by Neil Oram, The Friends of Deception, The Warp. Bookmark the permalink.