The Malign Incompetence of the British Ruling Class 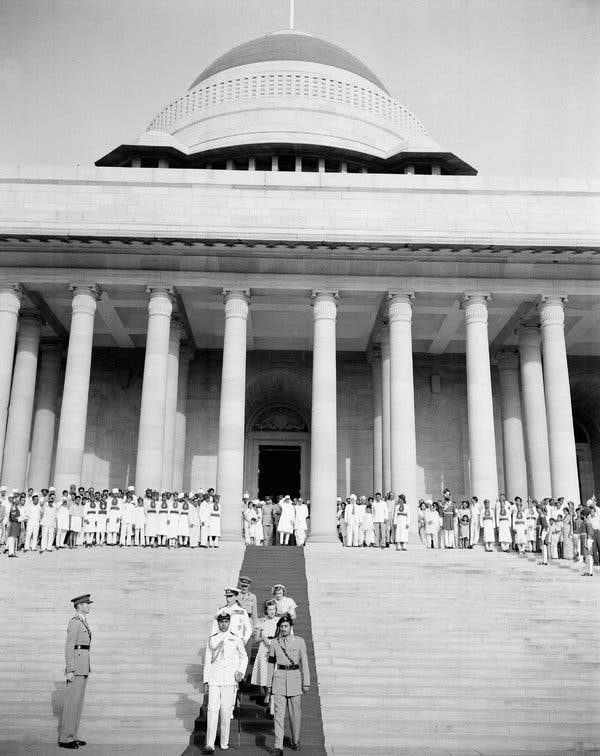 Describing Britain’s calamitous exit from its Indian empire in 1947, the novelist Paul Scott wrote that in India the British “came to the end of themselves as they were” — that is, to the end of their exalted idea about themselves. Scott was among those shocked by how hastily and ruthlessly the British, who had ruled India for more than a century, condemned it to fragmentation and anarchy; how Louis Mountbatten, accurately described by the right-wing historian Andrew Roberts as a “mendacious, intellectually limited hustler,” came to preside, as the last British viceroy of India, over the destiny of some 400 million people.

Britain’s rupture with the European Union is proving to be another act of moral dereliction by the country’s rulers. The Brexiteers, pursuing a fantasy of imperial-era strength and self-sufficiency, have repeatedly revealed their hubris, mulishness and ineptitude over the past two years. Though originally a “Remainer,” Prime Minister Theresa May has matched their arrogant obduracy, imposing a patently unworkable timetable of two years on Brexit and laying down red lines that undermined negotiations with Brussels and doomed her deal to resoundingly bipartisan rejection this week in Parliament.

Such a pattern of egotistic and destructive behavior by the British elite flabbergasts many people today. But it was already manifest seven decades ago during Britain’s rash exit from India.

Mountbatten, derided as “Master of Disaster” in British naval circles, was a representative member of a small group of upper- and middle-class British men from which the imperial masters of Asia and Africa were recruited. Abysmally equipped for their immense responsibilities, they were nevertheless allowed by Britain’s brute imperial power to blunder through the world — a “world of whose richness and subtlety,” as E.M. Forster wrote in “Notes on the English Character,” they could “have no conception.” 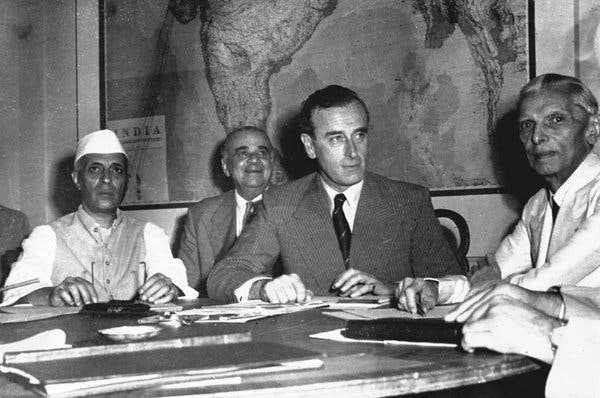 Forster blamed Britain’s political fiascos on its privately educated men, callow beneficiaries of the country’s elitist public school system. These eternal schoolboys whose “weight is out of all proportion” to their numbers are certainly overrepresented among Tories. They have today plunged Britain into its worst crisis, exposing its incestuous and self-serving ruling class like never before.

From David Cameron, who recklessly gambled his country’s future on a referendum in order to isolate some whingers in his Conservative Party, to the opportunistic Boris Johnson, who jumped on the Brexit bandwagon to secure the prime ministerial chair once warmed by his role model Winston Churchill, and the top-hatted, theatrically retro Jacob Rees-Mogg, whose fund management company has set up an office within the European Union even as he vehemently scorns it, the British political class has offered to the world an astounding spectacle of mendacious, intellectually limited hustlers.

Even a columnist for The Economist, an organ of the British elite, now professes dismay over “Oxford chums” who coast through life on “bluff rather than expertise.” “Britain,” the magazine belatedly lamented last month, “is governed by a self-involved clique that rewards group membership above competence and self-confidence above expertise.” In Brexit, the British “chumocracy,” the column declared, “has finally met its Waterloo.”

It is actually more accurate, for those invoking British history, to say that partition — the British Empire’s ruinous exit strategy — has come home. In a grotesque irony, borders imposed in 1921 on Ireland, England’s first colony, have proved to be the biggest stumbling block for the English Brexiteers chasing imperial virility. Moreover, Britain itself faces the prospect of partition if Brexit, a primarily English demand, is achieved and Scottish nationalists renew their call for independence.

It is a measure of English Brexiteers’ political acumen that they were initially oblivious to the volatile Irish question and contemptuous of the Scottish one. Ireland was cynically partitioned to ensure that Protestant settlers outnumber native Catholics in one part of the country. The division provoked decades of violence and consumed thousands of lives. It was partly healed in 1998, when a peace agreement removed the need for security checks along the British-imposed partition line.

The re-imposition of a customs and immigration regime along Britain’s only land border with the European Union was always likely to be resisted with violence. But Brexiteers, awakening late to this ominous possibility, have tried to deny it. A leaked recording revealed Mr. Johnson scorning concerns about the border as “pure millennium bug stuff.”

Politicians and journalists in Ireland are understandably aghast over the aggressive ignorance of English Brexiteers. Businesspeople everywhere are outraged by their cavalier disregard for the economic consequences of new borders. But none of this would surprise anyone who knows of the unconscionable breeziness with which the British ruling class first drew lines through Asia and Africa and then doomed the people living across them to endless suffering.

The malign incompetence of the Brexiteers was precisely prefigured during Britain’s exit from India in 1947, most strikingly in the lack of orderly preparation for it. The British government had announced that India would have independence by June 1948. In the first week of June 1947, however, Mountbatten suddenly proclaimed that the transfer of power would happen on Aug. 15, 1947 — a “ludicrously early date,” as he himself blurted out. In July, a British lawyer named Cyril Radcliffe was entrusted with the task of drawing new boundaries of a country he had never previously visited.

Given only around five weeks to invent the political geography of an India flanked by an eastern and a western wing called Pakistan, Radcliffe failed to visit any villages, communities, rivers or forests along the border he planned to demarcate. Dividing agricultural hinterlands from port cities, and abruptly reducing Hindus, Muslims and Sikhs on either side of the new border to a religious minority, Radcliffe delivered a plan for partition that effectively sentenced millions to death or desolation while bringing him the highest-ranked knighthood.

Up to one million people died, countless women were abducted and raped, and the world’s largest refugee population was created during the population transfers across Radcliffe’s border — an extensive carnage that exceeds all apocalyptic scenarios of Brexit.

In retrospect, Mountbatten had even less reason than Mrs. May to speed up the exit clock — and create insoluble and eternal problems. Just a few months after the botched partition, for instance, India and Pakistan were fighting a war over the disputed territory of Kashmir. None of the concerned parties were pushing for a hasty British exit. As the historian Alex von Tunzelmann points out, “the rush was Mountbatten’s, and his alone.”

Mountbatten was actually less pigheaded than Winston Churchill, whose invocation stiffens the spines of many Brexiteers today. Churchill, a fanatical imperialist, worked harder than any British politician to thwart Indian independence and, as prime minister from 1940 to 1945, did much to compromise it. Seized by a racist fantasy about superior Anglo-Americans, he refused to help Indians cope with famine in 1943 on the grounds that they “breed like rabbits.”

Needless to say, such ravings issued from an ignorance about India as intractable as that of the Brexiteers about Ireland. Churchill’s own secretary of state for India claimed that his boss knew “as much of the Indian problem as George III did of the American colonies.” Churchill displayed in his long career a similarly imperial insouciance toward Ireland, sending countless young Irishmen to their deaths in a catastrophic military fiasco at Gallipoli, Turkey, during World War I and unleashing brutal paramilitaries against Irish nationalists in 1920.

The many crimes of the empire’s bumptious adventurers were enabled by Britain’s great geopolitical power and then obscured by its cultural prestige. This is why images cherished by the British elite of itself as valiant, wise and benevolent could survive, until recently, much damning historical evidence about these masters of disaster from Cyprus to Malaysia, Palestine to South Africa. In recent years, such privately educated and smooth-tongued men as Niall Ferguson and Tony Blair could even present the British as saviors of suffering and benighted humanity, urging American neoconservatives to take up the white man’s burden globally.

Humiliations in neo-imperialist ventures abroad, followed by the rolling calamity of Brexit at home, have cruelly exposed the bluff of what Hannah Arendt called the “quixotic fools of imperialism.” As partition comes home, threatening bloodshed in Ireland and secession in Scotland, and an unimaginable chaos of no-deal Brexit looms, ordinary British people stand to suffer from the untreatable exit wounds once inflicted by Britain’s bumbling chumocrats on millions of Asians and Africans. More ugly historical ironies may yet waylay Britain on its treacherous road to Brexit. But it is safe to say that a long-cosseted British ruling class has finally come to the end of itself as it was.

Pankaj Mishra is the author, most recently, of “Age of Anger: A History of the Present.”

Tweet
This entry was posted on 26 January, 2019 in homepage. Bookmark the permalink.