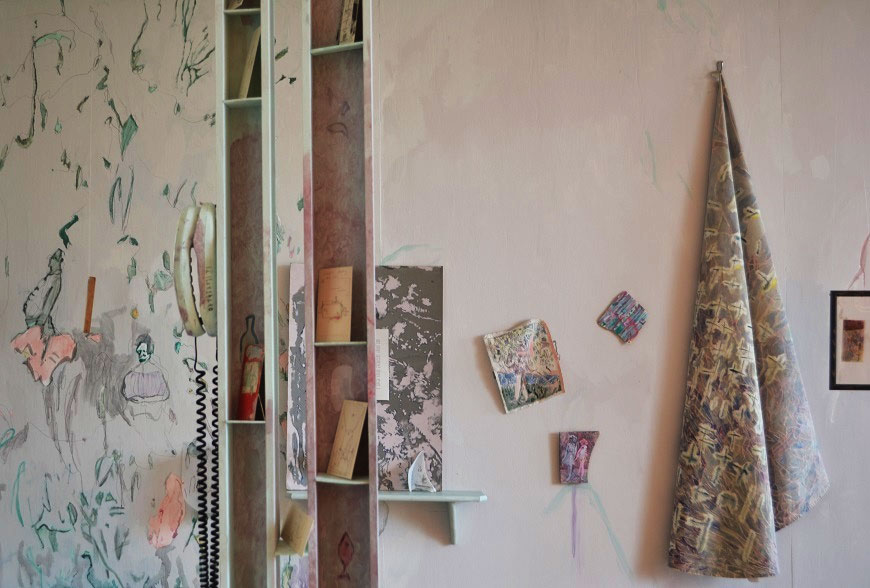 *
The Modern Woman returns home in the late afternoon after a walk in the park. She looks forward to these walks like a dog. One day, she thinks, as she hangs her coat and approaches the fruit bowl, she will get a dog. A rescue. In the bedsit, the decoration is fiendish. Velveteen beige walls and mint skirting boards. But there is a way in which everything is here in this room –pinned to the wall like colour swatches, all of her experiences, encounters, relationships. Her modest room has become regal to her. Adorned with a dried opulence.
In front of this backdrop, The Modern Woman isn’t sure how to be idle. She sponges the floor where the dirt has been scribbled in. Once finished, she will lay herself down on the tiles and look up at the light fittings, imagining love. To make these thoughts more interesting she has been reading romantic novels and in one passage she has found a perfect companion, a sensitive young American called Chandler, who she sometimes picnics with before bedtime. Spread out there, she laughs like a drain when he tells her about his truly ‘mad whack’ boss at the department store where he works.
The weather brings on fits of neglect. The Modern Woman stands naked in the kitchen in front of drapes, smoking at the window, or embroidering. In these spells she imagines herself as a woman in a painting. This bothers her. She feels naivety rise up in her, then to the patterns reverberating around the room. Her world is really quite padded.
At night the bedsit is lit up in a fog. A fridge of pastel drapes; ghosts of old colour schemes hang in the air. The Modern Woman looks at the phone…most of her friends, she’s decided, could use a 2 year break from her. She’s hungry though, and so, in an uncharacteristic decisive impulse, she decides to visit the corner shop downstairs.
Defending her title as a Modern Woman, she steps out the door, without a glance in the mirror. 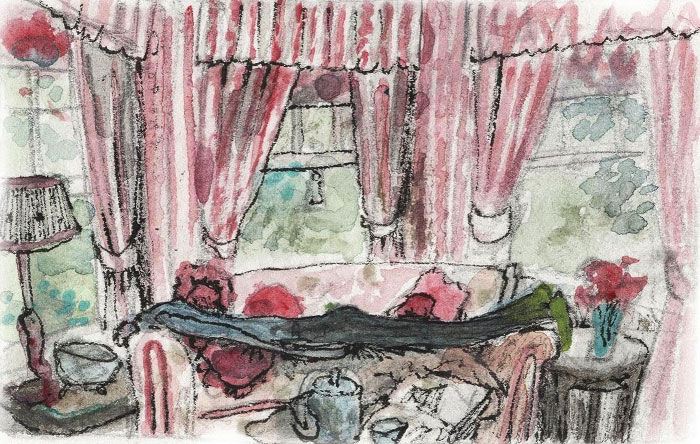 Tess Glen is a writer, artist and illustrator currently living and working in Edinburgh.
http://cargocollective.com/tessglen
Tweet
This entry was posted on 17 January, 2018 in homepage and tagged Tess Glen. Bookmark the permalink.

One Response to The Modern Woman’s Bedsit