Posted on 30 May, 2018 by Editor
Photo
All photographs Raymond Depardon/Magnum

Raymond Depardon’s photo series captured everyday life in some of the city’s most deprived neighbourhoods amid the grind of Thatcher’s Britain.

In 1980, French photojournalist Raymond Depardon was commissioned by a British newspaper to shoot a story in Glasgow. He knew nothing about the city and couldn’t speak English either.

The result was a poetic and eerie photo series capturing everyday life in some of the city’s most deprived neighbourhoods amid the grind of Thatcher’s Britain. His stills show ball games in between boarded-up houses, family strolls along barren concrete walls, and elderly couples waiting for the bus opposite burned-down tower blocks.

Raymond’s photos are well known in France. As part of the Magnum photo agency, he documented Algerian war, national liberation fighters in Chad, Angolan street kids and landscape shots of the Nigerian desert. But his Glasgow series was never published, and the films laid dormant in a box in his house for over 30 years. Now – they’re having a second life, as part of the Barbican’s Strange and Familiar exhibition. We caught up with Raymond to talk about Thatcherism and poverty.

VICE: Hi Raymond. How did you find yourself in Glasgow in the 80s?
RD: I’d just got back from a previous assignment in Beirut for a German paper when I was contacted by the Sunday Times. They wanted to show contrast; seeing the way rich people in Glasgow lived on one page, and poor people on another.

I went to the wealthy neighbourhoods from Glasgow, but these areas were not very interesting. I went to golf courses, to tearooms, but I couldn’t get anything. Wealth there couldn’t be seen as easily. It was discreet. A Glaswegian bourgeoisie did exist, but a Mini Cooper next to a golf course with a guy in a cashmere jumper does not really make a photograph.

Do you think that being a foreigner helped you?
Before this assignment, I’d only worked in the Middle East and in Africa, so I arrived in Glasgow as if I had landed in the desert: a red car might as well have been a camel for all I knew. I suppose I saw things differently from other photographers, everything was so new for me. I didn’t overcomplicate things, or fall into the trap of trying to capture everything. It did help me to be a stranger, because I didn’t come too close. I was almost scared of people – in a good way. And I couldn’t understand a word of what they were saying.

Do you remember who you met?
I did two separate trips that each lasted for 10 days. The first characters I came in contact with were some kids. They took me by the hand and led me to their den. At that time photographing children was allowed. We couldn’t understand each other much, but it wasn’t a problem, we didn’t need words to communicate. Having their photograph taken was a bit of a game to them.

How did Glaswegians react to being photographed by you?
They were extremely kind so I had a lot of freedom. Coming back from the Middle East, it was gift in comparison to men armed with Kalashnikovs banning me from photographing them. So Glasgow was bliss.

What do you think these images tell us about Britain today?
At the time, I didn’t know much about Thatcher’s government and British politics. But now I see how these images show the violence of the era – especially the closure of industrial zones and mass unemployment. Because I did not respect the rules of the assignment, these pictures were never published. But I’m glad British people are able to see them now.

Glasgow by Raymond Depardon is out now published by Seuil. Strange and Familiar is on at the Barbican, London until 19th June. 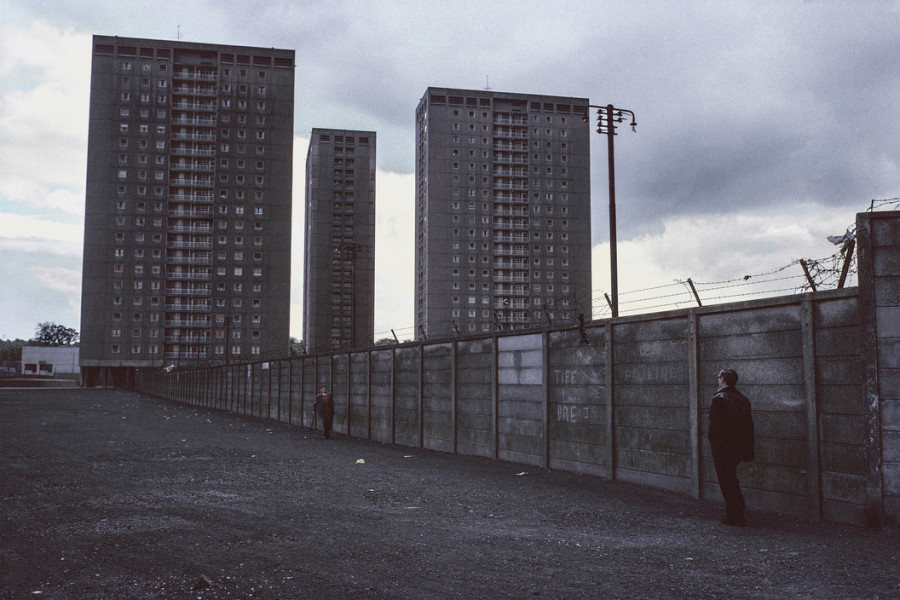 https://www.vice.com/en_uk/
https://visual-archive.livejournal.com/65197.html
Tweet
This entry was posted on 30 May, 2018 in homepage. Bookmark the permalink.