The Subjugation of the Creator – End Game of Our Tormentors? 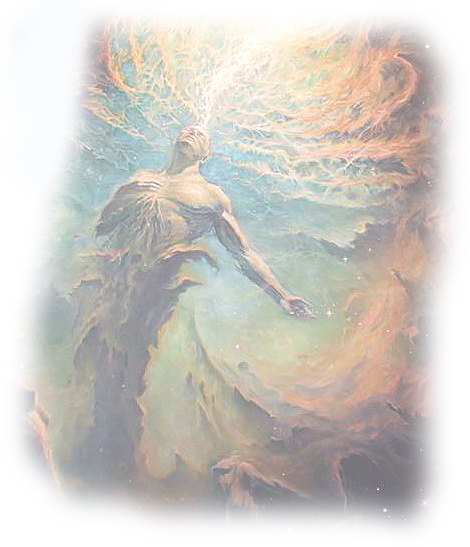 Have you ever reflected on what might be the ultimate goal of the oppressors of humanity? I have – and this is what emerged.

Those in pursuit of power are seldom satisfied. They always want more. In a seemingly never ending act of compulsive consumption, they seek to dominate or destroy all that stands in the way of their thirst for power.

The forces that currently hold a controlling influence over this world are of this stable. Their goal of ‘full spectrum dominance’ or ‘total domination’ of various aspects of this planet is not the summation of their ambition, it is a mere stepping stone along the way.

On the way to what?

On the way to becoming masters of the Universe.

The macrocosm has a dual energetic essence: an evolving outward force and an imploding inward force. An iridescence of light and an impenetrable darkness. A blazing sun and a black hole. Multiple members of each of course.

This theme of duality plays out throughout the macrocosm and microcosm – through the totality of life. Through sentient and insentient matter; down to the neutron, electron, cells, molecules, atoms and sub atomic particles. Everywhere energy is dual. Electricity requires the interaction and clash between opposing forces in order to be that highly energetic element that it is.

When we examine ourselves, we find that we have a duality of choice in all we say and do, at all times. There is a continual clash here. The friction which results from this clash provides propulsion. A propulsion, which like the plant kingdom, aspires to the light. But only if we are true to our calling.

Constantly catching our attention are a host of signposts drawing us towards various routes that divert us from our true calling, each promising much in the way of material wealth, ego satisfying power and physical convenience.

The net worth of our life depends upon which of the two fundamental roads we elect as the predominant influence. Which of these two pulls we make our main priority. The innately divine voice of our intuition or the ulterior motive, materialistic attraction? There is a third: the fear based ‘safety’ route.

In the course of our exploration and recognition of the dark side (in ourselves) we come across many symptoms of the ulterior motive. Irrational cravings that tend to obscure and weigh-down our ability to respond to the light; to the signals of the soul.

Due to the afflictions that have long dominated the human race, we are born into a world predominantly governed by manifestations of these crass, misdirected motives.

One such is the desire for a type of power which gives the illusion of being greater, or at least more alluring, than our still subtle innately divine intuitive power.

This ego fuelled power has ample room to develop because our subtle innate power is realised – and takes form – only gradually. We thus cannot avoid spending considerable amounts of time under the influence of that which is the antithesis of the call to the light. In spite of the fact that this antithesis is, in effect, an abstraction. A virtual reality. The condition this present world suffers under 24/7.

Carlos Castaneda’s shaman teacher refers to this condition as ‘the foreign installation’.

If we allow ourselves, we who were gifted ‘freedom of choice’, to take this abstract road towards a power which appears greater than our slowly unfolding innate natural power – we will find that it is a road well travelled. So well travelled in fact, that it gives the impression of being the only road we can take – especially since the great majority of people we know are on it.

Not only this, in choosing to pursue further a journey that is at odds with the pull of our souls, we soon come across guides, figure-heads and high priests, all of whom are only too willing to soften our passage and further pacify our inner being. Keep going and doctors of darkness emerge who will enable the traveller of this road to gain new powers and skills to further aid his/her wilful ambitions.

Such skills enable the initiate to start practising, in daily life, a kind of subliminal black magic. The power to ‘get one’s way’ in all one does. To take possession of that which one wishes to possess. To become well adjusted to the darkness and ever more in denial of the light. Ultimately landing-up as obedient servants to the dark side hierarchy.

To fully give one’s self over to ‘the foreign installation’ is to follow a reverse sequence for human kind. Symbolised by the Nazi Swastika, a reversed ancient symbol of peace and one of the main tools of mischievous ‘archons’ in service to their dark masters.

Most who dabble in the dark side’s satanic pilgrimage don’t ever get to the inner sanctum, fortunately. However, they do themselves (and others) a great deal of harm along the way. But those that do get an open door to the inner sanctum, become the chosen purveyors of a reversed logic for the planet. Such people manifest themselves wherever positions of insentient hierarchical power and control are dominant.

In this reversed world, our innate divinity is turned inside-out, becoming a near total immersion into atheistic narcissism: the mark of the beast – one of whose more blatant manifestations is our rampant consumer society.

Carried to its nadir, the pursuit of power takes the form of a total consumption of the all; the complete subjugation of the Creator and replacement with a false idol that takes on the characteristics of a god in its own right. The abstract, insentient god of disenfranchised divine power.

It is this alien hybrid that seeded its way onto an innocent Earth in ages past, stealing the gold from an unsullied Eden.

The end game of our tormentors has always been to possess this blessed planet and suck from it all vestiges of love, passion and compassion. Because they provide the fuel for the process whereby the dark omega point can be reached; the divine universe conquered, to be replaced by a virtual reality transhuman sham.

This is the world entered into by any being who freely elects to follow the calling of the ‘foreign installation’ instead of the Supreme Creator.

For those who fully embrace a march to the black hole, the world is not enough. For the eternal craver of power, and those driven by a deep fear of the unknown, only the possession of the entire universe seems likely to satiate their inner emptiness.

However, that seemingly unquenchable appetite will never get its craved for satiation. As what such entities do not fully comprehend, is that all attempts to subjugate the Creator must ultimately prove futile. For the very act of trying triggers – somewhere deep in the universe – an opposite movement. The rebirth of life-light. A counterpoint that cannot be constrained.

As this force grows in intensity, we sense our own rebirth quickening. Not just this, but also that the poisoned protagonists of darkness, for all their brazen arrogance, are trembling.

We who press onwards, confronting the seemingly impenetrable grip that our tormentors hold over us, burn inside with an unquenchable passion for fulfilment of our quest. This passion is transformative. It brings us to our Omega Point. The exact opposite of the dark-side’s entropic end game.

Here, at our Omega Point, we find ourselves offering our full support for this great Universe that bore us in the first place. We burst with the love we long to share, to give back. To honour our Creator.

And it is here, in this quintessential moment, that our Creator witnesses that which He Is – and we – that which We Are. And we are the same.

.
Julian Rose is an early pioneer of UK organic farming, an international activist and author. His acclaimed recent book ‘In Defence of Life’ is available at www.amazon.com and other internet sites, as well as via his website www.julianrose.info

View all posts by Julian →
This entry was posted on 26 February, 2015 in homepage and tagged end game of the tormentors, good versus evil, Julian Rose, masters of the universe, William Blake. Bookmark the permalink.