THE UNIVERSITY IS DEAD 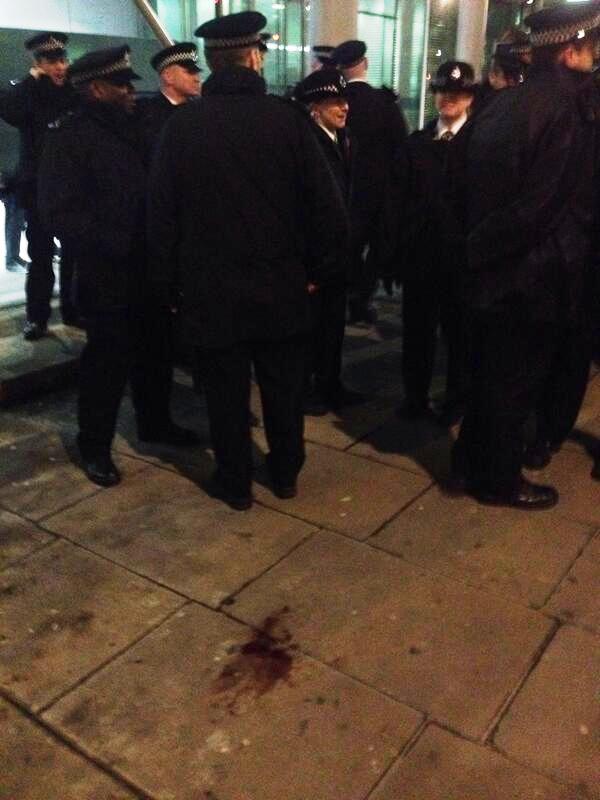 THE UNIVERSITY IS DEAD …AND COP FREE ZONES!

VIOLENCE AND THE UNIVERSITY

Make no mistake: to threaten someone with a stick is the ultimate anti-intellectual gesture. And if one thing has become clear in recent months, this is the first—really the only—impulse of the current government when faced with challenges to their vision for higher education. Police infiltration, surveillance, elected student leaders banned from political activities on campus, the arrest of students for simple acts of expression like chalking slogans on sidewalks, send a clear and constant message. There can be no reasoned discussion on these issues. There is no longer anything to talk about. Certainly, democracy has absolutely nothing to do with it. The pursuit of knowledge and understanding have been declared nothing but a consumer product, or else a form of technical training to increase overall economic productivity; these are the only way these matters can be discussed; if anyone wishes to gather to object to this, to gather in places of learning to insist that knowledge and understanding are not mere economic goods but something precious and valuable in their own right, they can only do so by permission of those who are telling them otherwise; otherwise, they can expect to be physically attacked.

There was a time—not so very long ago—when the employment of police, let alone riot police, on university grounds was considered shocking and outrageous. This was true even in the face of occupations and other civil disobedience, let alone in the face of simple protest. Even in America, people were shocked when cops were unleashed on Columbia campus in 1968. Until quite recently, there were universities—Athens Polytechnic in Greece was only the most famous—where police were strictly forbidden to enter campus grounds.

It was once assumed that, since knowledge is a value in itself, only those engaged in pursuing it can govern their own affairs, but also, that for the same reason, they have every right to do so. In Athens, it was because universities have the potential to create environments where the working class, as students, can build a revolutionary challenge to the existing order that drew the army onto that campus to massacre revolting students and which ultimately led to the Junta’s overthrow and a banning of all police and army from universities – a ban that that has now been predictably enough lifted since mass resistance to capitalism and austerity from places such as Athens Polytechnic began to rise again since 2008.

Universities are now managed by a swelling class of overpaid executives who spend most of their time figuring out how to weasel more money from corporations. Objections to such arrangements are to be met with truncheons, tasers, and police dogs. It’s no coincidence that marketization has been accompanied by a new ethos where challenge is met with an instant appeal to violence. In the end, despite endless protests to the contrary, our rulers understand that the market is not a natural social arrangement. It has always had to be imposed at the point of a gun.

The university is dead.

The question to ask now is not, how do we bring it back. That’s impossible and quite undesirable. The question is what new forms of genuinely democratic self-organization might rise from its ashes?

To even begin to ask this question we must first of all get rid of the police.

There is an enormous potential here. On one level what we’re asking isn’t even radical. We have a long tradition of campuses as cop-free zones to appeal to. But the direction it naturally leads could not be more radical, because it leads to the prospect of opening our entire society to the principle of self-organization in every aspect of our lives.  Why couldn’t the expulsion of armed thugs from our campuses be the first phase in a general liberation, the gradual creation of social arrangements that would not have to be enforced by the threat of sticks and guns and prison cells, everywhere?

For most people, it’s a simple common sense that were the police to simply disappear, chaos would ensue. Everyone would just start killing one another. So certain is this belief that many will assert it as self-evident, as if history has shown this is what would happen again and again. In fact, nothing could be further than from the truth. Insofar as this prediction actually can be empirically tested—and it can—it has been shown to be simply false. There are plenty of places in the world today, particularly in the global South, where police have, effectively vanished. People did not all begin killing one another. For the most part, they simply carried on with their lives much as they had before.  Almost always incidents of violence actually declined. When one looks into those cases that seem to be exceptions—Somalia is the one almost inevitably trundled out—one finds it was because a civil war was already going on when the state collapsed, and it didn’t stop immediately after it did. (In most such cases the police don’t actually disappear, but join one of the contending gangs and carry on much as they had before.)

There is no denying: there are plenty of parts of the world filled with terrifying daily violence. But almost all of them are places with more than the usual number of police; and usually the cops are among the main perpetrators of the terror, extortion, and violence being meted out, acting almost indistinguishably from the gangs they claim to be there to keep from getting completely out of hand, and often, working closely with them. In fact, if you look at the world as a whole, the places where the cops are thin on the ground tend to be the least chaotic, and the least violent, rather than the other way around.

In richer countries such as our own, the chaos and violence that police make possible tends to take less overt forms: for instance, in the chaos of the lives of many working class families, with no dependable access to housing, employment, education, living in daily fear of bailiffs, stripped of any way to predictably organize their lives. In working class and immigrant neighbourhoods, police enforce an order that ensures children are effectively denied all access to institutions of higher learning; on the campuses themselves, they threaten physical violence against anyone who wishes to challenge such arrangements in an active, political, way. Destroying this system of fear and chaos must, necessarily, mean pushing the police lines back, restoring the principle of self-organization, creating zones of liberation, and learning from the experience of universities and communities that have learned to live outside the threat of violence, to begin to once again imagine what a free society might be like.

There is a reason we are all constantly taught that we are all, deep inside, monsters who would murder one another if left to our own devices. Our rulers want us to think such arrangements are inconceivable. That tooth-and-nail competition is our natural state. One reason for the clamp-down on higher education is because it threatens to demonstrate just what a lie this is: not only because it offers people the means to learn about how the world really works, but because of its own tradition as a place of self-governance where people were in the habit of resolving even profoundly philosophical differences amongst themselves without ever threatening one another with sticks.

After 2008, our rulers no longer can make any sort of plausible claim to superior understanding of anything. The economists who they claimed had such superior wisdom they had to be put in charge of reorganizing every aspect of our lives were shown to be incapable of identifying even transparently obvious frauds and scams, and brought the world economy crashing through their own absolute criminality and incompetence. By now, they’ve largely given up even claiming that capitalism is a good system—at least, in the sense that will lead us to a society that’s more free, fair, or prosperous. All they have left is to foment chaos, to try to stamp out anything that even looks like it might promise an alternative, and insist that nothing else is possible. But as a result, every space we clear from the threat of state violence, even temporarily, allows us an opportunity to begin experimenting with ways of dealing with our fellows in ways that would not require the constant threat of armed thugs to maintain, becomes a devastating argument against them. A liberated university will not—cannot—look much like the old university. But it will nonetheless be a rebirth of its founding principle of self-organization. The only argument that they have left is that such things are impossible. The moment we demonstrate, clearly, materially, that they are indeed possible—even in one place—the entire edifice of terror will begin to fall apart.

Cops Off the Planet Collective

One Response to THE UNIVERSITY IS DEAD