US Declares War in Space 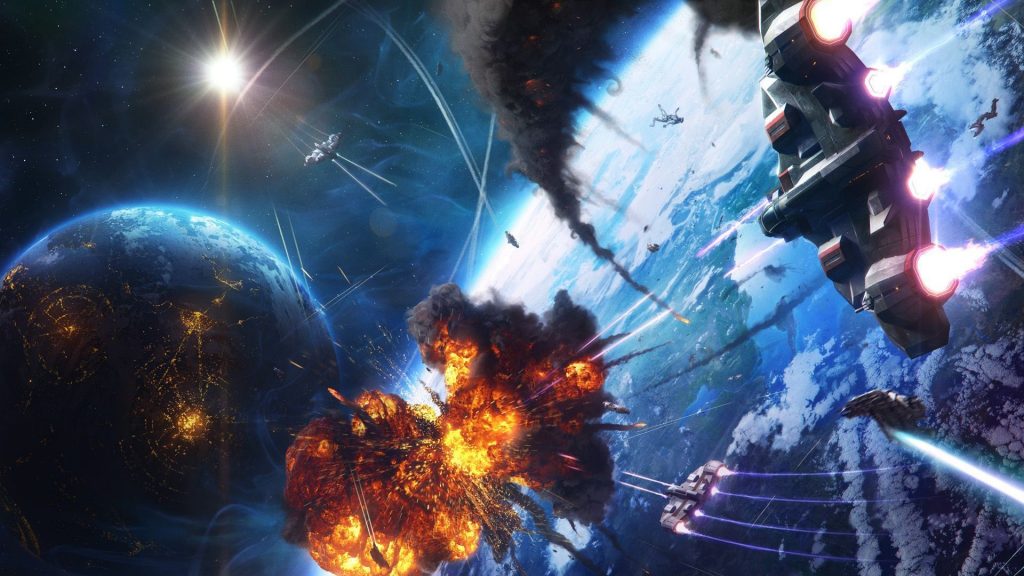 US Presidential megalomania reached new heights today. As if the world had become too small for Trump’s hegemonic military interests, space is to be the new target for US military actions. Space has long since been “owned” by the US, according to the rhetoric of Presidents of the past two to three decades. But clearly Trump believes that someone else is threatening to contest this ownership and that this cannot be allowed to happen.

According to the headlines (The Independent) 10 August 2018, Mike Pence, US Vice President, declared “Trump has committed to preparing for the next battlefield where America’s best and bravest will be called to deter and defeat a new generation of threats to our people and our nation.” Pence further stated that the President had “kept his promise to restore America’s proud legacy in space..” Trump has apparently repeatedly said that the US must create ‘a space force’ and after Pence’s announcement sent a tweet saying “Space Force all the way!”.

It transpires that Trump directed the US Department of Defence to begin the process of establishing Space Force in June, in order to deter “potential adversaries.” The usual suspects of course: Russia and China, but – according to a reported statement from the Director of National Intelligence – “multiple countries” are getting in on the act by developing “both destructive and non destructive anti-satellite weapons that could come online within a few years.”

Here’s how the US ‘space battlefield’ is planned: create US Space Command; establish elite Space Operations Force; create Space Development Agency and ‘stand-up and scale-up’ the US Space Force. Jim Mattis, the US Secretary of Defence told reporters he supports the plan’s goal to address “space as a developing war-fighting domain” adding “This is a process we’re in.”

I’m quite sure that the great majority reading about this classically bellicose promotion of a US lead ‘war in space’ will feel as sick to their stomachs as I do. While simultaneously recognising it as a direct extension of the military industrial complex’s way of drawing ever more funds into the armaments trade and away from pressing civilian needs and projects. Aside from propping up the largest military budget in the world, the US tax payer is now to be responsible for funding a new ‘theatre of aggression’ in and amongst an international fleet of satellites and various other space hardware in the upper reaches of the Earth’s atmosphere.

It seems to be conclusive that the President of the US has the powers to wage war wherever and whenever he feels so inlined. Although in theory Congress retains some power to be consulted and to take a decision in such matters, the reality is that if the hidden hand of central control has decided what it wants, that’s what happens. And some still have the timerity to call this democracy?

The hidden hand only knows war games, in their various disguises. War games are their desperate antidote to a rising awareness amongst the population of this planet that they are simply numbers in a vicious game of roulette, played by a small number of psychopaths. The repression of thought and awareness which is part and parcel of this madness is reaching its peak, as we note in the now daily increases in the suffocation of free speech and basic human rights.

Trump and Co is a corporation run by less than human dictators hell bent on a totalitarian take-over of the planet. A US led ‘war in space’ is probably supposed to make Americans feel ‘great again’. As was the establishment of a prying military presence in every country in the world over past decades.

But the bubble is bursting – and the main danger now rests with the lack of oversight that could hold back a dictator’s madness from being expressed globally in military terms.

We all have a part to play in insisting on another way of doing things. We can – and should – be prepared to enact a collective ‘citizens arrest’ on those who threaten the very fabric of our living planet and the future of humanity.

That way, step by step, we the people can once again take control of our destinies. Don’t leave it to the judiciary to take this role; they are also members of the corporation.

Julian Rose is an early pioneer of UK organic farming, a writer and international activist. He is the author of two acclaimed titles: Changing Course for Life and In Defence of Life. See www.julianrose.info for more information.

View all posts by Julian →
This entry was posted on 15 August, 2018 in homepage. Bookmark the permalink.