We Are Walking a Tightrope Through Chaos 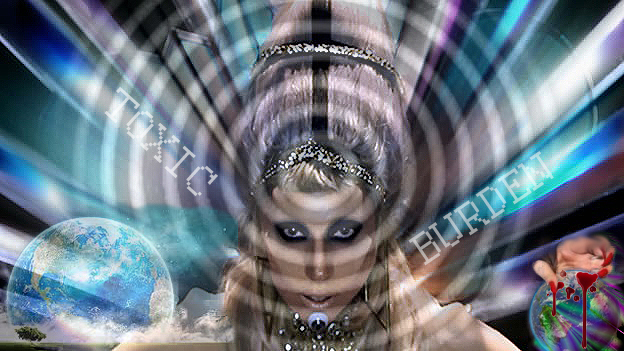 Rational observation leads one to be unable to deny the undeniable:  the toxic burden now being carried by the Earth’s atmosphere, living matter, animals and humans, has taken us all to the brink of apocalypse.

Yet, in spite of evidential states of dramatic damage to the fabric of life on Earth, radiantly beautiful children are birthing on this planet every day, as if in defiant declarations of the power of life over death.

These children are arriving even as nuclear reactors leak, catch fire and melt down, depositing their deadly radioactive isotopes around the planet. Even as a persistent drum beat ‘for war’ reverberates  across continents and seas. Even as mind numbed and micro-chipped robotic humans blunder blindly onwards towards their slavish epiphany.  Even as the skies are torn apart by streams of aluminium sulphate nanoparticles, and depleted uranium continues its mission as a weapon of mass destruction, to rip the very heart out of the warm corpuscles of life.

Yes, in spite of these – and so many more – acts of political, military and corporate sabotage upon the sentient veins of sacred living matter, the children of genius keep coming. And quantum physics reveals the absolute interconnectivity of the diversity of all life, and how we are one. All one.

While plants and animals suffer the fate of being genetically engineered into new species, further denaturing an already deformed environment, the humble element of water is revealed to be a crystalline gift of the gods with exceptional powers to sooth and heal.

It is an extraordinary time on this blessed beleaguered planet. Resonant with extremes. Extremes that squeeze us and squeeze us, either into acts of submission or acts of rebellion and revolution, born of revelation.

We who are ‘alive’ choose rebellion. A passionate refusal to give-in. However, in order to make our rebellion into something capable of moving forward, manifesting itself as positive action in the here and now, it becomes all important to retain focus and not be pulled out of line by that which manifests as the crazed daily reality.

So let us be aware: we are up against a gathering storm of politically led divisiveness , and as a consequence, are being blinded by a confusion of emotive, violent, media manipulated images; blind and bigoted rhetoric, ‘fake news’ and a deluge of acts of narcissistic criminal self-indulgence.

We are faced by ‘legalized corruption’ becoming the common code of governments across the world.

‘Democracy’ is morphing into totalitarian centralisation, in which the ‘executive’ takes unto itself the right to enact laws that grant, a priori, exclusive powers to the state or premier; including establishing a ‘snoopers charter’ to cover total surveillance of citizens’ activities.

But even as this is happening, higher levels of consciousness are rising up to counteract the all-out drive for the rule of fascism.  At the time of writing, the Schumann Resonance is peaking at 40Hz +. A substantial increase in recent levels of between 7.8 and 15 Hz. Many believe this frequency rate to be directly correlated with an upward trend in spirit oriented energies supporting mankind’s liberation from the yoke of absolute autocratic control.

The confusion manifesting here and now on this planet, takes the form of an orchestrated war, enacted by global institutions and governments, to remove the last vestiges of what we have come to call our ‘civil liberties’. Diversity and individuality are being eaten-up by perversity and conformity. Large corporations get larger still, swallowing competitors as they go. Governments, I repeat, deftly take unto themselves ever more authority to control, with incremental accumulations of power being seized almost at will.

The centralised super-state looms ever nearer, under the monika of organized protection against a rise in ‘terrorism’. Yes, the very terrorism which the state itself instigated by embarking on violent invasions of foreign territories and massive sales of armaments to those willing to work for illegitimate ‘regime change’.

Back on home turf, crusading armies of ‘believers’ in this that and the other, slug it out in an orchestrated war of ‘left’ versus ‘right’. Extreme left versus extreme right. Nationalists versus federalists. Globalists versus populists. Divide and conquer, stoked into an all-consuming fire of blind attrition. Attrition created and financed by the planet’s dominant architects of control.

Presiding over the public face of this incendiary rabble-rousing madness, like traffic conductors pointing-up the road to hell, are figureheads of the so called ‘entertainment industry’: Lady Gaga, Madonna and Miley Cyrus. Pushing home the satanic agenda which is the hallmark of their ‘professional performance’ status. 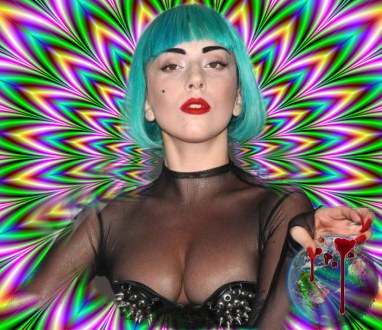 Po faced and emotionless, their sexless sex ‘act’, cheered on by adoring mind numbed followers, becomes a potent symbol of the descent into hell which is in progress across this planet.

Yet, and this is the point I particularly wish to convey in this article, all this insanity is not the agenda upon which our focus should be trained. Nor should it be taken as the all-pervading reality in which we are entrapped.

However, for those who cannot separate truth from lies, this topsy-turvy, cruel and seemingly directionless existence is indeed the main point of focus. The foreground. A foreground in which they are completely immersed, to the point of being blind to any other perspective at all.

But for those who can discern light from dark, deception from truth and foreground from background, the blanket like fake news, hyped-up scaremongering and outright lies, are actually the background; whereas in the foreground is a vision of life based upon a deep sense of purpose, rising awareness and a growing consciousness concerning that which gives direction and meaning to life as a sacred whole.

Yes, the beautiful children are birthing here on Earth, and it is due to this rising tide of potential for deep change; the inextinguishable determination to live by truth; to stand in defiance of all that would destroy the sanctity of life. To expose the lies and those that tell them.

The trick is to refocus, so that the daily madness trying to claim our attention, becomes the out of focus background. Perceived as such, through a sharply focused foreground of truth. So long as this proper perspective is maintained, you will not fall into the black hole which the Lady Gaga coven is enticing you to enter.

We who have come here as guardians of planet Earth have one foot in this world and one in the world to come. That’s how it is. And the foot that’s in this world, is here to take action in support of the world’s continuation. Holding the ground for future generations. Building a new society.

Sometimes we may feel inclined to have both feet in the world to come, but this would be to part company with the terrain of this planet completely. To escape. And why would one put one’s best energy into that when it comes as the natural course of things after death?

While we are alive in our physical bodies, we maintain engagement with the living; the living substance of the planet and its occupants – all beings. This ‘engagement’ is the human imperative. This involves not only proper focus, but also perfecting the art of tightrope walking; maintaining balance at a time of deliberately induced imbalance.

Beneath the taught rope upon which we balance is a chasm of unawareness. A fool’s paradise. A mock-hierarchical world of ambition, greed and cunning, led by a motley crew of political pyramid climbers, corporate pirates and desensitised bureaucrats; who have at their disposal military might and fiat money in limitless volumes.

Struggling under the suppressive influence of this cabal, are what we refer to as ‘the people’. Us. But I would like to add animals, insects, birds, bees, fish trees, plants, rivers, seas and skies; for they are equally abused.

Those of us who are ‘aware’, to whatever degree, have no business ignoring the plight of any of these life forms, including our human compatriots, whatever race, colour or creed. After all, they are the ingredients out of which a better way of life must be moulded. However downtrodden, they still represent the ingredients of the world to come.

It is our task to lay the foundations of this world to come, and we cannot do so without a very real strata of love for this place into which we were born; adding to that love, determination, courage and a keen sense of balance.

For many on the road of growing consciousness, the attraction of concentrating on ‘the spiritual path’ often precludes active engagement with the real world. Thus a split has been brought about which should never be there.

I hope readers are understanding this clearly, for healing this split is the most central issue to which our best energies should be turned.

There is no split except the one we make. Our growth, indeed our entire development, hangs on adopting the path of truth – taking action to revitalize and heal our common home, and its inhabitants – that is the conscious, actual expression, of spiritual aspiration.

One is not on the ‘path of truth’ simply because one is practising meditation, Qui Gong or yoga. That is, at best, just one half of the path. Believing that by following such regimes one has done all that is necessary to become a ‘realized being’ is delusional.

It is only when these inner focused practices are accompanied by complementary outward focused actions, that one can start to fully realize our un-split, integrated Godly capacities.

I am binding back together that which has been broken apart. We cannot move forward as a species until we realize, and act on the realization, that to breath ‘in’ and to breath ‘out’ is One action in two parts. To concentrate on one half while largely ignoring the other, is a receipt for sickness. And isn’t that sickness almost universal these days?

Bringing into sharp focus that which demands our greatest attention is the clue to maintaining balance on the tightrope of life, so as to traverse the chaos of a society under the thrall of orchestrated superficiality and deeply embedded indoctrination.

As the world descends into uncharted depths of engineered confusion, we who can see beyond its trappings have a critically important role to play. To keep the balance. Dynamic balance. For it is not just our balance, but the balance of the whole universe which is at stake.

In truth, we have no option other than to direct our growing consciousness into actions to free the planet from the inhuman adversarial forces that dictate the daily suffocation of all that is wholesome, vital and essential. Essential in nourishing into fruition the creativity which lies at the core of the Divine beings we truly are.

Julian is an early pioneer of UK organic farming, a writer, social entrepreneur and international activist. He is the author of two acclaimed books: ‘Changing Course for Life’ and ‘In Defence of Life’. You can find out more on www.changingcourseforlife.info