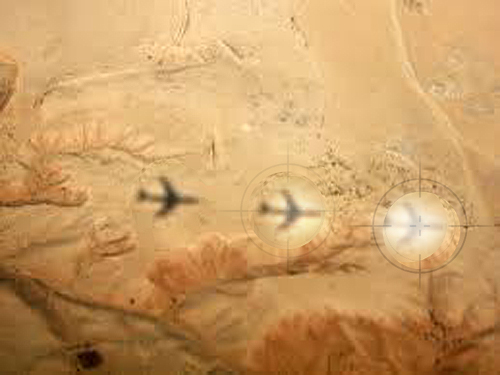 Today—Air Algerie Flight 5017, from Burkina Faso to Algiers crashed, according to “officials.”

Some of these officials state contact with the plane was lost an hour after takeoff.

You can probably remember similar statements about other doomed flights: lost contact. Wasn’t that the case on 9/11?

“Lost contact” appears to cover all available means of communication. Nothing on radar screens. Radio inoperative. No transponder signals picked up.

In this day and age, with a blizzard of technology available to track and surveil, what is going on?

Commercial jets have only one transponder? Isn’t it possible to embed dozens of GPS-type devices at various points in the craft? And wouldn’t those devices report a plane’s location, no matter how far it strayed off course?

Even underwater? Isn’t the US Navy able to keep tabs on its own submerged submarines?

So either we are looking at an international scandal, in which modern tracking technology is not being fully applied to commercial planes…or officials are lying when they say: lost contact.

Assuming cutting-edge tracking tech is, without public knowledge, being used on modern commercial jets, do hijackers have the ability to jam all signals emanating from the planes? If so, passengers would like to know.

“Attention, passengers. Before boarding this flight, you should realize only one transponder is being deployed. Although the device, plus radar, plus radio will help track your location, there are dozens of other devices we could use to make sure we know where you are. Unfortunately, the manufacturer has not yet installed them. Consult the 800 number on your ticket. Feel free to contact the manufacturer and make inquiries.”

If the NSA can simultaneously tap every phone in America, somehow I think they can track a giant jet, if they want to. Unless perhaps, these planes are still using a primitive communication apparatus from the 1950s.