Who Will Write Our Story in Times to Come? 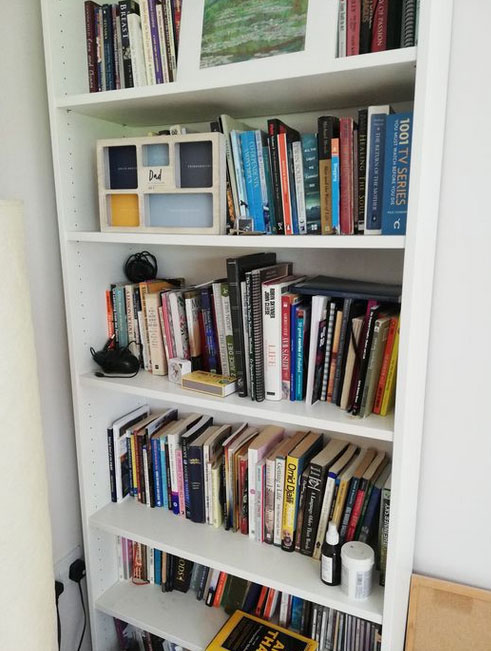 ‘What has begun as a huge collective surge of psychic energy must be perfected at the individual level. It is always the role of individuals to complete the task, to bring the divine process to fruition within the microcosm of our own souls.’ Robert A Johnson

If a myth is the collective dream of an entire culture at a particular point in history, as Carl Jung and his followers espoused, I wonder who will be writing the story of our time.

And if myth is something that never happened yet always is (another definition), perhaps we are already there. For I have no doubt a myth is being created to seduce, imprison and kill the masses by those whose crazed minds are now running amok.

It is therefore something quite deliberate yet equally represents a movement in the collective unconscious and brings us both our greatest problem and richest opportunity.

This is, as Johnson writes, an individual task and a chance to gather up our skirts – our fragmented selves – find unity and do our part in moving the culture up a chakra, in this case into the heart.

The battle ground is between ego and soul – where the rubber meets the road in astrology’s eighth house – as the lower forces who can only operate through fear and control seek to keep us earthbound, while the higher aids in our ascent.

Both microcosm and macrocosm are in the fray, both personal and collective. The battle field is within and without.

What could be more pressing or more important than the task of integrating more and more of the unconscious until the conscious mind reflects this unity, the unity of the Self, who and what we truly are?

Yet how difficult, unwanted and even unnecessary this task seems for most of us. By definition, we have no idea what lies dormant in the shadows of our own divided natures.

It is far easier to project on to those ‘rotten, deluded’ others.
How clever our oppressors have been, how stealthy in their long-term plan, covert and deadly and using us against one another.

Their spell is deadly, appeals to the codependent guilt in all those who grew up amidst dysfunction, emotional blackmail and unhealthy dependencies masquerading as love.

We have been lulled to sleep over decades, primed for this time, as we turned a blind eye to suffering until it finally landed on our own doorstep with a sickening thud.

In moving away from the divine feminine, by sacrificing her on the bonfires of the masculine need for success, power and control, she has sought a terrible revenge and a tribute has been exacted.

Saturn has come to eat our children. We didn’t listen to the myths that carry the deepest truths. We turned our back on the feminine soul; and the price is our annihilation.

If we can learn the lessons presented at this time, by first shaking ourselves awake, some of us may live to see better days, but first we have to understand we are slaves and we have accepted, even reveled in our enslavement.

‘A slave who finds joy in his slavery, and makes every effort to continue in that condition, cannot even conceive that a highway to freedom exists, until such time that the knowledge of his slavery dawns on him.’ Siddharameshwar

Numerous factors support our enslavement and willing submission. For some it’s as ludicrously banal as a donut. Governments have gone all out to push the script written by those hiding in the wings yet dictating terms to an entire globe.

The irony is those of us who grew up wreathed in the tactics of emotional blackmail, martyrdom and manipulation, know the ground. Those who had it easy are largely oblivious.

Besides, the ultimate truth, is there are no individuals but one appearing as many. It took me many years to understand those who raised me simply could not understand what I was trying to tell them. We were simply on different wavelengths.

These bandwidths of consciousness I see emanating in rings from the Earth, with those closest to the Earth caught more in the low- density force-field of matter while others seem to live in a much higher bandwidth, seeing from a helicopter’s vantage point.

It’s analogous in astrology to those planets closest to the Earth – personal planets – affecting the individual up close and personally while the transpersonal or outer planets teach us archetypal or generational lessons.

In hospital, close to death from pneumonia on my third birthday, I was assaulted by an older boy and shot from my body into space. The abiding memory was of floating in pitch black attached to nothing. This was life without attachments, where I had come from yet was in no way ready to return.

When I did come back, I was terrified but suspect had also been invested with something important, a way of seeing perhaps that would serve me well.

What I sense is that if someone is not in your bandwidth, they simply will not understand you – there will be no commonality except at the most basic level and you will likely separate like oil and water.

This is what we are seeing now. Each soul has reached their karmic full stop where the accumulated wisdom of lifetimes has gathered, or not!

‘Forgive them Lord, they know not what they do,’ always rings in my head.

But forgiveness may have to come later. For now, action is required and a healthy balance of reaching out and turning within and the realization that we are All.

Grasping this unity is essential. We must turn away from intractable internet squabbles and remind each other what we share. If not we will continue to fall into the crafted pit where we are literally pitted against one another.

I am reminded of all those old war stories of sudden communities and brotherhood, how at our best we remember this essence and set aside our differences in times of need.

Perhaps the problem now is we are dealing with the worst hostility from those we thought friends, including our own governments, whose nanny state is a demon come to kill her own.

Tweet
This entry was posted on 9 October, 2021 in homepage and tagged Simon Heathcote. Bookmark the permalink.