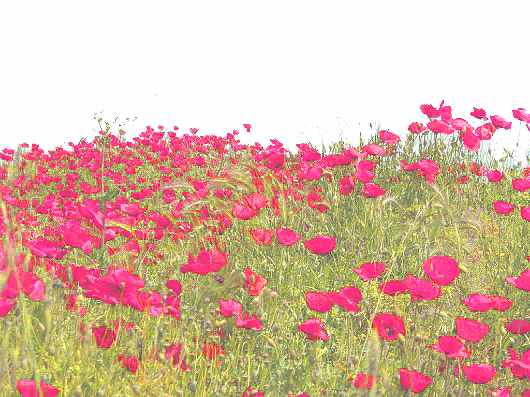 Walk out in the heat of the summer
and you’ll see me.
Look for me in gardens in wasteland
I’ll be there waiting

It is not illegal to grow opium poppies. It is however, illegal to harvest the latex from the flower heads. Opium is habit forming, too much can cause overdose, and ingesting it the wrong way can result in poisoning. http://overdosedrugalcohol.com/opium-overdose-treatment

In the parks and gardens of this island grows a banned addictive substance which gave Coleridge his visions of Kubla Khan and almost destroyed the mighty China in the 19th century.  Large seed companies sell it under its Latin name of ‘Papaver somniferum‘ and it can be bought online or over the counter in gardening shops.   It doesn’t need much care, it can grow as a weed. Even the most inexperienced gardener should be able to clear a patch and make it grow. It will grow wild in freshly disturbed ground all over the UK (and elsewhere in the world). It can be mistaken for the spindly red, war memorial poppy with tiny flower heads. The Papaver somniferum should be much larger, with a lighter green leaf colour. Once the petals drop, the heads look like a crowned crab apple, perched on top of a central stem.

It produces flowers of pink, red, blue or white from July to August.  To harvest the flower heads cut down into the flesh in an ‘L’ shape, top to bottom. They will bleed beads of a white, latex which will dry black in a couple of hours or more. This is opium, it should be gathered with a butter knife.  It is an oil soluble substance so cannot be smoked like hashish in a joint. Instead it needs to be ‘chased’ by burning on tin foil and sucking through large straws or it can be burnt in an opium pipe

Dreams can be vivid, find your own space to experience them.