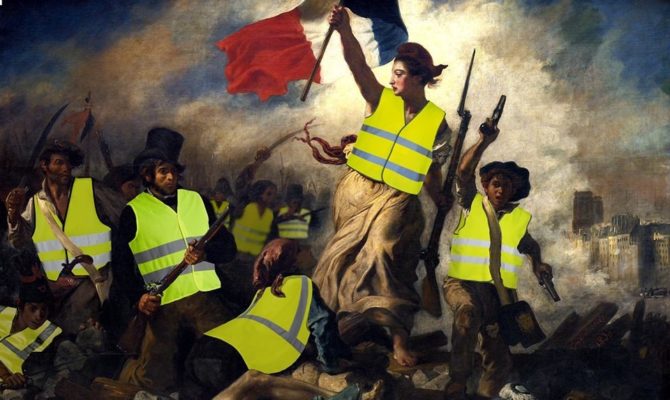 What are the Yellow Vests “Gilets Jaunes” Fighting for and Why?

Here is the answer in what is being reported across social media to be in their own words.  Open Revolt can not confirm or deny 100% the accuracy of this position paper but our most-often reliable forces on the ground are indicating it is accurate.

We pray this demonstration turns into a true National Revolution and France regains her independence, self-determination, and rejects its current status as an African and Arab colonized state.

Tweet
This entry was posted on 12 January, 2019 in homepage. Bookmark the permalink.

7 Responses to Yellow Vest Manifesto: 25 Demands for a Free France