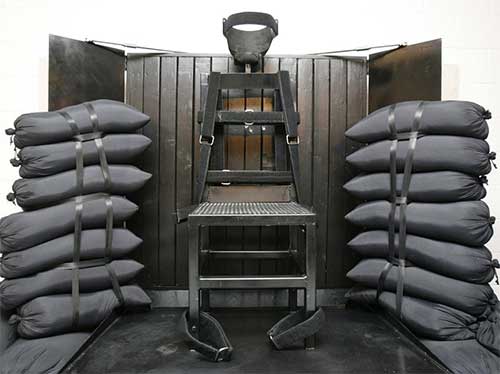 On NPR as I drive to WHOLE Foods on Saturday

morning an expert on executions WEIGHS

in on Oklahoma turning to nitrogen gas

for executions after failing

asks the expert what is the most humane

method of execution and the answer is

a 2014 execution with the drug midaZOLAM

and the inmate, Clayton LOCKett, called out

“Oh, man” after he was declared unconscious and, in

nitrogen gas thus: “We can no longer sit on the

SIDELINES and wait to find drugs. . .” The expert

this morning may have explained

why the firing squad is the most humane, but

I was APPROACHING more traffic and became

disTRACTED and when I came to

the subject on NPR had changed to something

Tweet
This entry was posted on 4 April, 2018 in homepage and tagged John Levy. Bookmark the permalink.