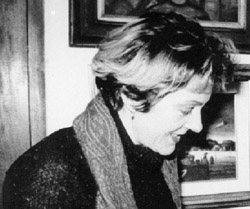 This is the true account of a brutal and unjust treatment which I was put through last year, more precisely on July 15, 2011 at the JFK, New York City’s famous airport.

I was flying from Paris, one of those very exhausting and long 9 hours flights where a bottle of water comes in handier than a shot of any good whiskey. Of course, everyone has heard of the American flight regulations and their paranoid customs officers – I would not even dream of travelling without a valid French passport and a proper ESTA visa waiver, common for all French citizens. We had arrived at the airport and waited for an hour in a long qeue before we reached the customs. However, once I approached a customs officer he explained to me that my visa was “not correct” and that he had to take a verbal statement from me, in a back room. As this was not the first time I’d been interrogated by the U.S customs police, I suspected that a real nightmare was about to begin, but still had no knowledge or preconception of the extent of it.

Once ‘in the backroom’, I was told that because of my prior record with the Immigration, I was only allowed to approach their border with a special visa in my hand, and not the ESTA, the one which is usual for French tourists and which I presently had printed in my passport. I told the officer the first thing that came to my mind and which also seemed logical and pertinent to that situation: I was shocked to hear him claim that I was not able to enter the U.S. with the said document as I had already entered the United States in October of last year, on the same ESTA visa waiver, and on that occasion also accompanied by my son.

“Well, ” he said, with an angry tone in his voice which was dwelling on some distant information, “they made a mistake – they shouldn’t have let you in to begin with! But now I am going to correct my colleague’s mistake!” Once acquainted with his determinant tone and action, it quickly dawned at me that I found myself in front of a young guy whose natural obstinacy completely matched his cruel and rigorous training.

He said that I was supposed to make a statement, that I’ve had quite a bad record with the U.S. authorities starting from 1971, and continuing on. He produced a piece of paper, an official statement which showed all my “misdemeanours”, “offenses” and “felonies” in print, a document dated 1971. When I told him, flabbergasted, that I’d entered the country for the first time only in 1981, he did not believe me. I also realised that he thought that I was a dangerous person, see under the key ‘terrorist’, as he probably thought that being Allen Ginsberg’s student equalled being a student of Noam Chomsky or Malcolm X and/or other dangerous thinkers alike. Perhaps he was not completely wrong making and placing me in his silly categorizations of people, but his further treatment was completely inhuman, not to say disgusting. So, let us see what was my real crime, the one I committed in 1985 in Boulder, State of Colorado? I was “J walking”, that is crossing the street on red light, with a joint of marihuana in my hand. For the offense I was tried, given a day of ‘Community service” which I duly performed by cleaning the parks of that green state and my case was over. Or at least I thought so, but I was wrong. Any time I was entering the US border I was to shake with fear, dreading that my name would appear on the black list of the customs officer’s computer screen and that alone would be enough to prevent me to enter that country. The appearance of my name connected to quite a benign case which was duly acquitted was enough to disqualify me from entering the U.S. of Barack Obama.

The officer took me to a neon lit room resembling a ghostly spaceship waiting room.

When I was allowed to call the consulate, the lady who answered the French phone in the office, a certain Ms Hayel, said something to the extent that she was terribly sorry to hear that I was there, but that I must have been aware of the current U.S. government policy toward France. Five days prior to my arrival, a French minister Dominique Strauss-Khan had been arrested too. She wished me good luck and when I told her I was a University scholar, said that she would call back to make sure that I was put on the next flight to Paris quickly.

That was the end of my phoning. However, I tried to send an SMS text from my mobile to avert my friend Laura who was expecting me at her home, but the officer snatched the cell phone from me threatening me with solitary confinement if I were to misbehave again.

The rest of the time (24 hours) I spent perched on a chair waiting for the next flight to Paris, under the neon light in the cubicle, together with various suspects from Mexico, Egypt, Iran, Tunisia, Morocco and Syria. It must have been a special terrorist interrogation unit where we were seated because even going to the toilet was regarded a highly suspicious affair – I was accompanied by a female officer who watched me taking a piss. An Abu Ghraib no 2? Not too far from that experience.

I got into that cubicle at 21:15 on July 15, and I was told that I could get on the plane to Paris at 23:15 on July 16, accompanied by 2 officers to the plane. I had to make sure several times that I really would be released, by calling the officers and telling them repeatedly that I had been scheduled to leave the airport. They accompanied me – handcuffed – onto the plane and made sure I had a proper seat there, then gave my passport and a cell phone to the pilot, to be returned to me only when we’d reached the city of Paris!

The 7 pages long Sworn Statement in which I basically denied all the accusations made by the Homeland Security office accompanies me in this adventure, the paper which I intend to take with me on my visit to the American embassy in Paris .

This letter is written in order to explain to all my friends and editors what happened to me at the NYC airport and why I hadn’t called them over the phone as I said I would.

Writer, artist, journalist (which I hadn’t mentioned to the authorities in order not to annoy them even further and beyond proportion) 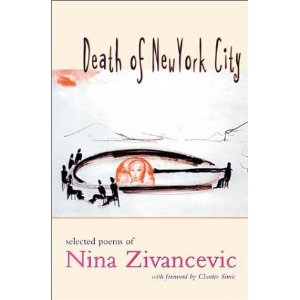