A DAY IN MARCH

On the call for the Second Brexit Referendum 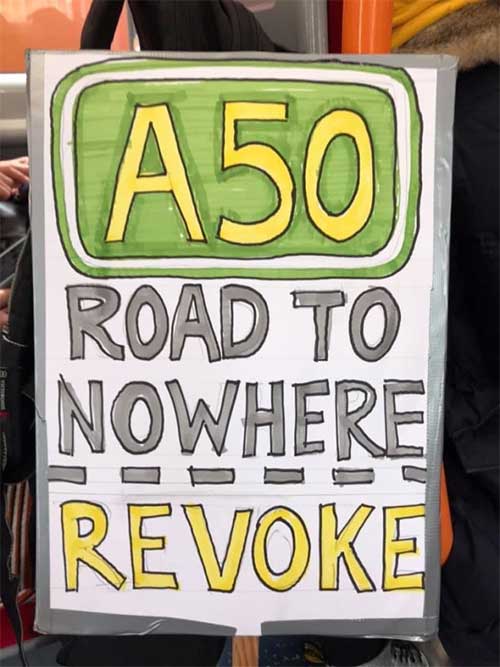 This will be the last year as we have previously understood it;

The ides of March, idling have distorted us and our view,

Time unreturned has bitten the clock that first fed it

By the few. Just who are they? We ask, as we search for those who care

And consider the long sought solution not to belong but believe

Can translate public worry into the private obsessions of those

Who deceive us all and then lead.

As the middle class march towards uncertain horizons

The  pavements crumble like biscuit dunked into their death scented tea,

Over blood fed sewers the feet are stepping across smiles and horseshit,

With the sad parade snagging both the throats and codes of the free.

They march for the joke,

The truth of which can’t stay hidden;

That we are the ransacked,

And we, in emptying have lost sight

Of the fire and steel that once forged our future,

And which with the grip and sacred firmament falling

Robs every angry arm of its fight.

To blame May. When Summer comes we’ll be scorched

By a different heat burning in us,

As we reproach, it devours – with fire’s call to cost, money drains

It’s limp. Brexit wounds. Even healed the bone will show

Through the shallow; revealing the heart and soul broken

As are the political words they address.

No time will pass, or even soothe each transgression.

Hope, even answered, will not be how we forgive.

Never forget or allow what they decide in your honour.

Each step in March or September is both a vow undertaken

And a breath that shows us all how we live.

View all posts by David →
This entry was posted on 24 March, 2019 in homepage and tagged David Erdos. Bookmark the permalink.

2 Responses to A DAY IN MARCH