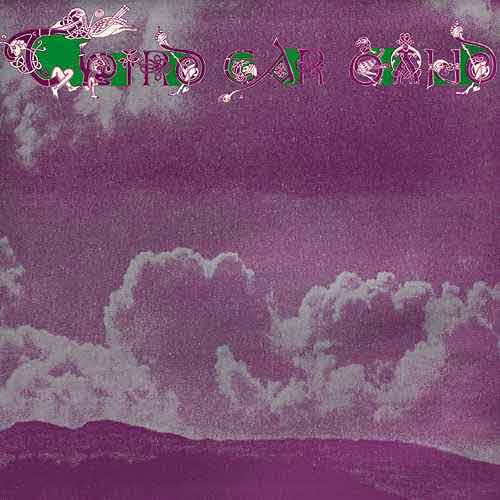 Pushing to the side what I already know is the main reason I was so entranced initially by Third Ear Band and their music – Polanski’s far-out Macbeth film with their soundtrack of a selected, dramatically discordant; and then the melodic tune Water on the Harvest sampler Picnic which I still have [however, this is really Fire on the original album, though, yes, Water as performed live on the BBC – see later!] – I’m guessing the general attraction will have been listening to a whole album probably at Clive U’s flat late at night after the pub had closed and hanging around long enough so I could kip down that night rather than having to walk home miles away in the still sobering-up early hours.

So listening to Air on Disc One of this ‘newly re-mastered 3 disc expanded edition of the 1970 album’, which was their second and eponymous one that I may or may not have heard before Macbeth [so possibly knowing Fire already], I repositioned myself on this current listen to pick out nostalgically what appealed to a teenager heavily into progressive/underground music of the time [late 60s/early 70s] and the tangents this prompted which was essentially a fledgling immersion into jazz and classical:

the viola, played at times like John Cale in The Velvet Underground [the ‘classical’ connection, but linked also with listening to Stravinsky, Shostakovich and Bartok]
the oboe, a beautifully inherent sound, so folk-esque, but often sounding like a soprano saxophone [the ‘jazz’ connection]
the regular dissonant crawls of sound [the progressive and avant-garde leanings]
the seemingly looped percussion [ditto and Riley-esque – A Rainbow in Curved Air, 1969?]

Who knows for sure. One listens for the influences and the echoes and the fit of the time. Soft Machine Four wasn’t until 1971, so was this influenced, if only marginally, by Third Ear Band, rather than the other way round? Though listening to Water, that track is actually quite a dirge of a repetitive resonance, strung out in its percussive insistence when all else swirls about – not as impacting as Air from which I could easily draw the above list of tangential sounds.

Fourth track Fire is the pretty and well-known one, a sweet melody played on the oboe with a haunting build buttressed by that 1..234 repeating drum beat and the violin/viola swathes and cello drone. This is the main re-visit realised and worth the admission fee. 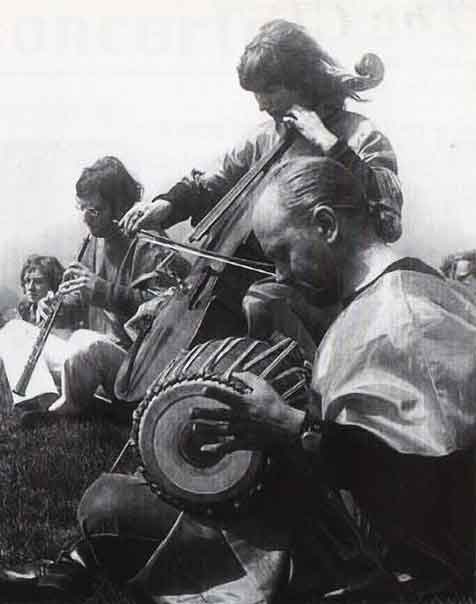 Extras on this first disc are of interest – how far is going to be variable for individuals. There are five more, previously unreleased tracks: Earth [Track Four] showcases great oboe playing; The Sea [Fire, edited version] is more of the sublime melody, cut to that basically; then three live recordings from BBC’s ‘Sounds of the Seventies’ present what we want to know about in how they could perform in situ: Dog Evil swirls; The Sea [A.K.A. Air] – intriguing physical transformations in naming – is fine tripping music, and final Water is actually Fire, straight into the melody, and I’m not sure why its transformation isn’t stated. What do we learn? Third Ear Band could do it live. I just missed seeing them playing live, arriving at the ‘Stones in the Park’ concert as King Crimson was performing 21st Century Schizoid Man.

The other discs are more of the same, which is either positive or negative depending on your inclination to the sounds already described. Disc two is mainly the soundtrack Abelard & Heloise, in six parts and recorded in Germany over two days in July. Part One is a blessing to those on the affirmative slant, its beautiful oboe, hypnotic if soft percussion, and the emotive drone of viola/violin strains laying its rhythmic, raga-esque soundscape. And this continues the same across the other five parts, with echoes of more firmly established melodic lines from elsewhere – the improvised rolling onwards compelling in the nature of that drive. It is brooding overall, not a musical peace mantra, and that haunting tone gets its most affecting swell in Part Five. The ‘climax’ of its final part is in the squeal of the instruments and the increasing dissonance. This too is absorbing as a listen, but returning to it will be in seeking out the mood again which is to be disturbed rather than placated.

The rest of this disc contains three Abbey Road sessions recorded in November 1970, heard here for the first time, and the initial divergence from what has gone before in on the opener of these, Very Fine…Far Away, where a vocal chorus is the core of the looping and is a welcome, pleasing tangent. The Dragon Wakes is instrumental again and discordant and wild and wonderful within this frame, with last Sunrise a long slow climb across gently scenic countryside to arrive at twisting roads and around-corner surprises. And then running out of gas. Not a criticism, just a metaphor for its slowed end.

Disc Three presents three more Abbey Road sessions from 1971 and a set of three tracks for the BBC Radio One ‘John Peel Sunday Concert’ session – January 17th 1971. Highlights here – to be honest, recordings that step outside the by now familiar – are Mistress to the Sun, recorded as a single, which is sung and most resembles a psyche-folk number; In D which is small-orchestral-interesting, melody and dissonance in tandem, and the John Peel session track Eternity in D which is electronic and thus ‘heavy-ish’.

The accompanying booklet is a genuinely engaging account of history and recording and contextualised observations, either from the music media or band members. My favourite extract from the music media is Chris Charlesford writing about a 1970 gig for the Melody Maker who observes, as a delightful criticism, and referencing the band’s violinist Richard Coff, ‘Their second piece was more ambitious and, I thought, less enjoyable. At one stage I actually saw Richard tapping his foot!’

As I imply at the start and throughout this review, all three discs will appeal to ardent fans as this so clearly broadens the experience though not necessarily a range from the band – which may be precisely what is desired – and obviously also for the completists. And if you have never heard this first album, it is a recommendation for that alone – the booklet and extras of varying interest and depending on what you want to pay.

[* The slogan from Blackhill Enterprises, the band’s management company, to launch the sound of the group] 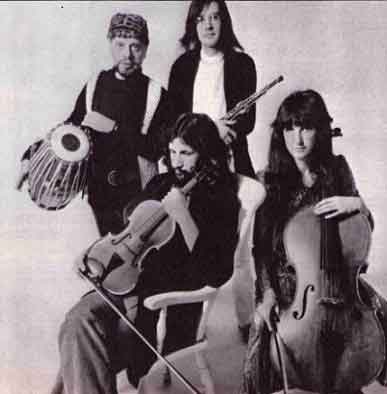 Tweet
This entry was posted on 10 November, 2018 in homepage and tagged Elements – 1970-1971, Mike Ferguson, Third Ear Band. Bookmark the permalink.

3 Responses to Art Form or Con?*