AT THE END OF ENGLAND 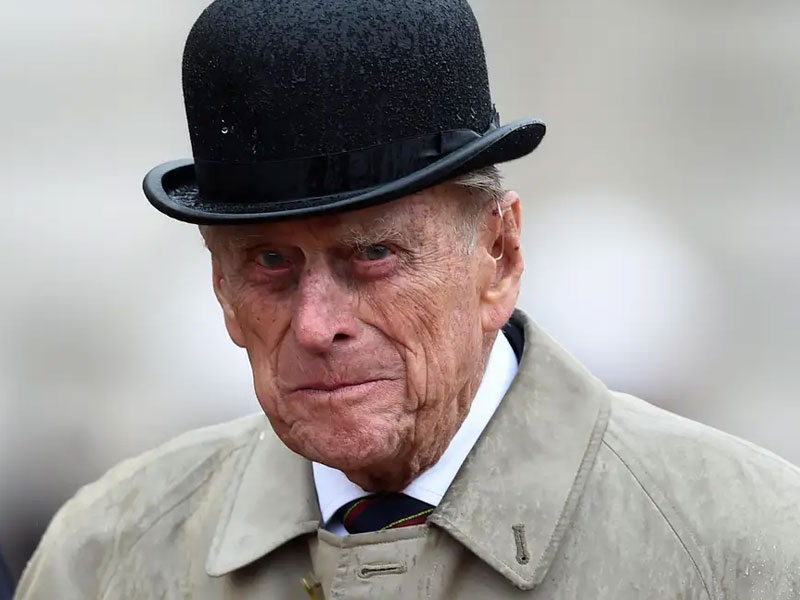 And so England ends, or perhaps the start of the end
Here finds herald as the death of Prince Philip resounds
Like an echo, or tribute perhaps from past times
In which all manner of mysteries remain masked, despite
The gags and shields on our faces, As Heathcote Williams
Would have told you, had he not also sadly ascended,
Prince as he was of Royal lines, from which Philip came,
Moreso perhaps than our  Monarch, who separate now
From his shadow after over Seventy years will be mocked
By not only grief’s Avalanche, but by the earthquake
Stoked beneath the red carpets, that her not so Grand
Daughter in law came to ruffle, and which, through ambition,
Her summation of ills duly rocked. Not to mention The Queen’s
No longer esteemed middle son, still sidestepping light’s stark
Exposure, so those unsteady heels, once so strident may stumble
Or stall as they walk and watch the world that remains
And the country split from all shorelines to be one now
Grown stranger than that imagined by Ballard, or one
Repopulated  by John Wyndham’s dread Triffid stalks.
The Ruling Class  at this time has endured a form of public detention.
With Death as Headmaster, the Governing Gaffer is expelled.
And the Royal brand is tested once more and will strain to seek
Its new value as the world is re-ordered and the deaths post
Diana loosen the pre-cut ropes  they once held. There will be
The customary celebrations of state. But what is pomp
And circumstance under Covid? Will crowds on the street
Observe distance, or be perhaps kept away?
And if there are reductions to come, will future precedents
Be set for us? As distance stirs indifference to the standards
And codes of old days? Once you remove the tent-pegs
The tent is just another flag the wind’s taken. You lose
The illusion of home and the homefield, or the uneven
Earth starts to shift. A woman has lost – in terms of love
And duration alone, her foundation. Across what land is she
Seeing and which Queen or Kingdom exists? So many entertainers
Have passed. So many people have lost their foundations.
Today, its an emblem, not always defendable who has gone.
You can almost hear the rocks start to slide. They’ll need to be
Rearranged at some juncture. But first we must clear our throats.
Be upstanding. Not that they’ll see you if you watch it all
On your phone. The sad ceremony begins an entirely new ritual.
The emptying world needs replacement, as eventually will the throne.
But for the moment, hold on, those of a certain age, who remember.
We must, in time, come together, after the plans and decisions
And the problems faced when alone. I wish you longlife.
It is what jews say in bereavement. I wish us all fresh survival.
Life itself is a royalty from which nothing is ever paid or quite owned.
God, or space, as such owns us all. Heathcote, can you hear me?
The Royal Babylon is re-entered. Now, somewhere beyond,
Starred doors open,  and then, yes, you guessed it,
Because of somewhere dark, they soon close.
David Erdos April 9th, 2021
.
Tweet

View all posts by David →
This entry was posted on 10 April, 2021 in homepage. Bookmark the permalink.