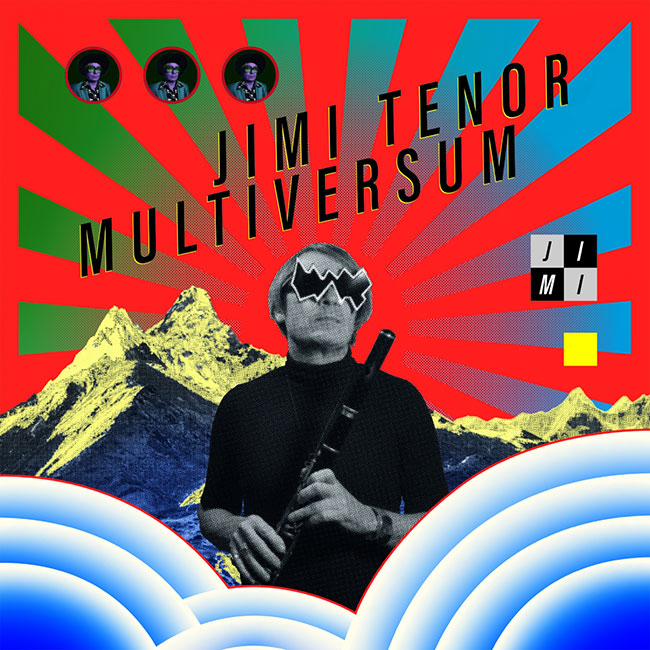 Jimi Tenor always sounds like a million dollars: his albums are beautifully recorded, well mixed and carefully arranged. Yet his music is all constructed at home, in this instance using only a synthesizer, flute and saxophone, all layered over drum machine and synthesizer beats to produce a kind of deconstructed smooth jazz techno.

Think Grover Washington Jr and the CTI Records team at their best, and then mix in some funky 1960s flute grooves, along with some afrobeat and ambient samples. Dust lightly with brass flourishes and some soft vocals and you have it. It may tread dangerously close to pastiche and nostalgia at times, but mostly it’s just engaging and enjoyable, soulful music, with plenty of surprises for the listener.

Tracks thin out to reveal the loops, beeps and beats before saxophones honk and flutes flutter in unison, harmonics and strange tones echoing in the mix. Nearer the end of the album ‘Raju Raju’ arrives as a skittering, nervous surprise with its drum’n’bass  rhythm track, relentless piano riff and freeform flute; and as on a few other tracks there are wordless vocals too, as Tenor reinvents the Swingle Singers as vocal ghosts for the digital age.

What becomes more and more intriguing is the tension between and fusion of the old and new, the future and past, the nostalgic and innovative. There’s just enough points of reference to allow the listener to understand what’s going on, plenty of melody and rhythm, fantastic textures and tunes, but repeated listening reveals how experimental and clever it all is, even as your head nods and feet tap along to the twelve tracks here. Tenor is, to use the title of one this album’s tracks, a ‘Baby Free Spirit’, and a very clever one too.

Tweet
Tweet
This entry was posted on 19 March, 2022 in homepage and tagged Jimi Tenor (Bureau B), Multiversum, Rupert Loydell. Bookmark the permalink.