Academic publishing is a strange thing: one makes an argument by showing that you understand the subject through the critical and contextual work that already exists, and use quotes from these texts to evidence your knowledge and – perhaps – make a new argument , or look at the material through a different theoretical lens or approach.

There is of course an argument about quotes quoting quotes, and ever so slowly, academia is changing. Remix theory has meant that long-established writing processes such as collage and juxtaposition have been given a kind of validation, and just as creative work can contain evidence of its own research and understanding  (rather than requiring a label or description) this opens up the possibility of creative academic writing, blurring the boundaries between critical and responsive texts. Elsewhere David Shields, in his book Reality Hunger, has argued (using juxtaposition and quotation) for literary and other art forms to innovate in response to the complexities of 21st century life. And biography, long considered as poor research material, is also starting to appear on academic publisher’s lists.

Franck Boulègue’s book is one of maybes and why nots, a potpourri of disconnected ideas, theories and observations that, to be honest, desperately needs rationalizing, ordering and editing. Whilst I quite accept that Twin Peaks The Return  (or series 3) is not a programme to simply decode, or that offers any sense of traditional ending (and certainly not any sense of living ‘happily ever after), I was desperate for Boulègue to slow down and expand some of his discussion.

Instead he constantly slips between ideas, content to argue that something might have influenced David Lynch, or that an image or sound could suggest that… He even makes the basic mistake of suggesting that a T.S. Eliot poem comments on Twin Peaks, when what he means is that it might have supplied some ideas to the series’ authors, or could be a way to understand what is happening.

The book works best when it discusses the actual programme itself, that is what is happening on the screen: how it works as image, sound, dialogue and narrative; how it plays with experiential and conceptual time. But most of the book is taken up with rambling passages on colour, alchemy, James Joyce and Ulyssses, Hindu beliefs, sex magick, UFO conspiracies, Hollow Earth theories, occulture, the ten commandments, time travel, quantum theory, numerology, electromagneticism, the fourth and fifth dimension, etc., etc. You name it, it’s in here. Even Erich von Däniken, author of Chariot of the Gods back in 1968, gets a look in. In fact it was when Boulègue started quoting Däniken – whose work has been consistently debunked since it was first published, early on in the book, that I knew something wasn’t quite right.

All of the above topics are perfectly relevant to Twin Peaks, but each could supply enough material for an individual book. Here, the reader is simply awash with material that the author has done little with. Boulègue is so tentative and non-committal that all we end up with is raw research material and associative possibilities. This is, of course, how Twin Peaks itself works, supplying material around narrative absences or plot holes the viewer has to fill for themselves, attempting to form some sort of story. Boulègue fills these holes over and over again, awash in ideas, influences and possibilities. It’s fascinating reading, but confusing and unfocussed, however informative or provocative it sometimes is. I wanted Boulègue to actually decide what he thinks or has found out in his research, how this conceptually underpins Lynch’s amazing television and film world, and to evidence it, to focus on specifics and discuss them properly. As it stands this is an enthusiastic, digressive and disorganised work. 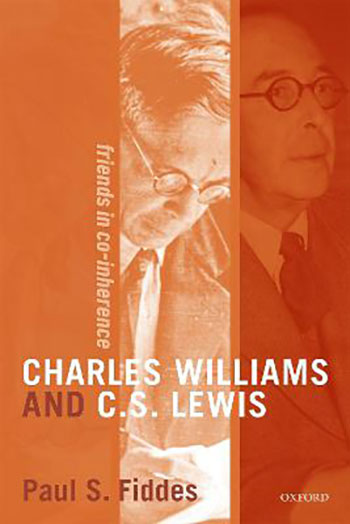 Charles Williams, an often overlooked writer associated with both C.S. Lewis and Tolkien, took both Christianity and the occult very seriously. His theology was literal, not abstract, and he was a member of both the mainstream church and the Fellowship of the Rosy Cross, a Rosicrucian group. He wrote a history of witchcraft, several theological volumes, difficult and complex poetry using Arthurian themes, and a group of amazing novels where the mystical and occult impinges on the human world. (In fact there are many similarities with Twin Peaks: döppelgangers, alternative worlds, magic and mystery. In fact it’s a surprise that Boulègue didn’t throw Williams into his stewpot!)

Paul S. Fiddes’ book is a traditional critical biography, with the emphasis on critical: it is well-researched, well-organised, informative and sometimes a difficult read. It considers the relationship between Williams and Lewis, their work, philosophy and theology: how they saw and understood the world, and how each influenced the other. It charts the Inklings group sharing their work, private and public discussions, and – most of all – what they wrote and how it relates to the other’s publications.

C.S. Lewis could be considered in the middle of the Tolkien/Lewis/Williams relationship, caught between the obsessively historical, topographical and linguistic world building of Tolkien and the literary and mystical Williams. Tolkien criticised Lewis’ mixture of talking animals, Father Christmas, fairy tale queens and chivalrous knights in his Narnia books, but accepted that Williams simply understood the world differently. His Romanticism was literal – spiritual and earthly love both changed things, just as the Christian idea of ‘taking one another’s burdens’ simply meant agreeing to a substitution: sorrow or pain or upset could be carried by another, just as a parcel can.

All shared an interest in ritual and liturgy, be that Lewis’ crucifixion and resurrection of Aslan in The Lion, the With and the Wardrobe, his more childlike expositions in Narnia and chatty books of apologetics, the endless songs and courtly discussions in Tolkien’s Middle Earth, or William’s occult explorations. Tolkien and Williams were friends, yet their work is the furthest apart; and Tolkien later distanced himself from Williams after the latter’s death, convincing himself he had always disliked him. But – as Fiddes’ book shows – Williams had a profound effect on Lewis’s understanding and writing, particularly in relation to Arthurian and Romantic themes, but also his mystical and theological ideas.

Fiddes’ book is consistently well-argued, well-structured and comprehensively referenced, and if it is sometimes a complex and difficult read, it is approachable and thoughtful throughout. But he is at his best in the fourth part (of five), where he considers Williams’s work in relation to Blake and Barth and then focusses in to discuss his novels, as well as Lewis’s science fiction book Perelandra and his poetry alongside Thomas Traherne’s writings.

Unlike Boulègue’s whirlpool of a book, which spins in its own sea of associations and influences, Fidde’s volume is rational and linear. There is little digression or tangent, and although it perhaps lacks the excitement or inclusiveness of the Twin Peaks volume, in the end it is far more informative and useful in relation to its subject.

View all posts by Rupert →
This entry was posted on 9 April, 2022 in homepage and tagged Rupert Loydell. Bookmark the permalink.