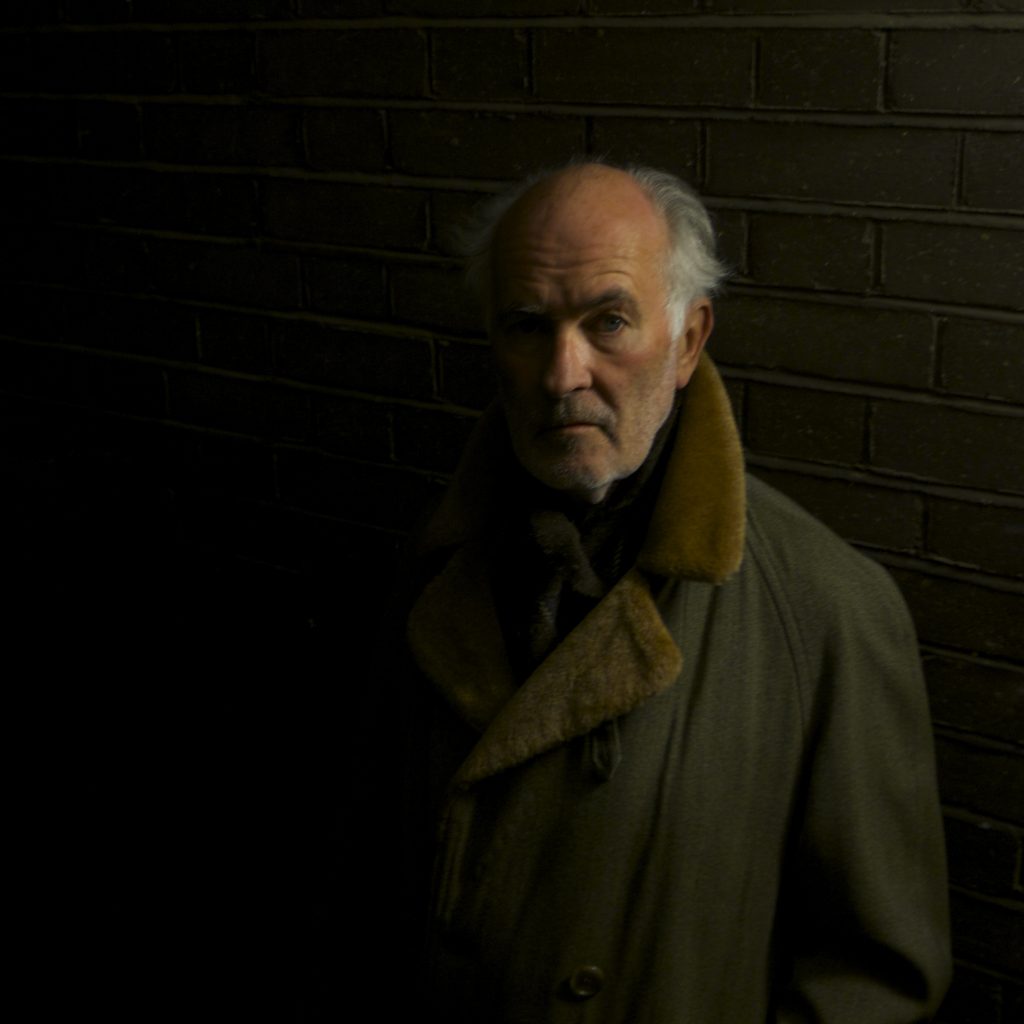 Across splintered screens, the splintered soul, gathers
Newly assigned to the cosmos, the man who fell to earth
Spirals back. Chris Petit catches him, singed as he is
By the moon-glow; that electric eye, sourced by cameras
And by the mounted chill of re-birth.

In Gneisenaustrasse, Decad is a new home now for David,
Returning Jones/Bowie to a illuminated variation of self,
Another identity cast by Petit as Artist and Director,
Film’s poet of detachment delivers the Thin White Duke
Back to health. Where Bowie once gazed down at the wall

To see those infamous lovers, Petit re-imagines the watcher
As his own kind of view. A host of images strewn across
The street and time’s entertainment, as those in thrall
And grief chart the progress of a man who made
From shards of the past all that’s new.

Radio on, Petit now broadcasts understanding
Of what constitutes image in his handling of frame and effect.
He muses on music’s pull, in and beyond the known senses,
As if touch were soundtrack and scents the records
Of place we’d collect. His images talk through time,

As Bowie did and keeps doing. Petit’s lugubrious language
Is there in the slowness of shot and smudged sound.
What do the adored do when they’re dead
If not to make adoration, religion? And when do stars
Once they’re fallen learn how to shine underground?

Petit dignifies Roeg who lost some of his vision.
Petit restores Newton at a time when the character has been smeared.
In ‘Lazarus’ the last breaths of the subsumed Bowie weathers,
But in this installation, the strangeness and charm’s crystal clear.
Petit’s camera cuts right to the heart of the image.

As he turns from film making, there is the visceral sense of his books;
But in his photographs and his art and in his elegant fragments of poem,
The dead, re-imagined are teaching still life where to look;
And that is on what we first prized, and who we once placed at our table.
The ones we invited to colour our rooms with their art.

The actors, pop-stars and the fashionable icons, who children wore
On their jackets, until the imprint in time, stained their hearts.
In what is missing is where love has gone, Petit tell us,
And now David Bowie is missing but in the space he leaves
There’s a mark. The image we have of the hope our love

Taught us; that there is in survival, another song we can chart:
What we remember of him and how that perception still changes,
As across the years different Bowies reflect that son of Kent
And our count; which is the number of years and the number
Of thoughts open to us, if we have the vision

On which not even age can bring doubt. Art must reflect.
One artist mirrors another. Petit takes Bowie back to the city
That in decadence kept him clean. Now Petit cleanses himself
As he wipes the surface free, he turns pages; clicks of the shutter
On which can be written the laws of love, life and dream.

View all posts by David →
This entry was posted on 16 March, 2017 in homepage and tagged Chris Petit, David Bowie, David Erdos, Decad. Bookmark the permalink.