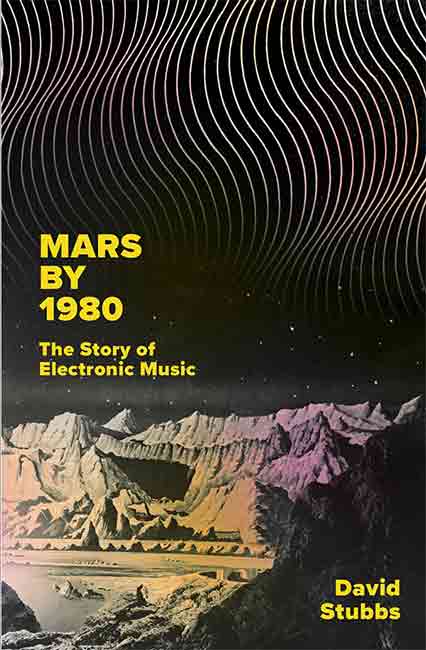 I loved the first two sections (almost exactly the first half) of this book. In readable and informative prose, Stubbs’ ‘Preface’ declares his intention to take in the full range of electronic music rather than home in on one particular aspect, beginning with its very earliest manifestations at the turn of the twentieth century and its apparent global domination in the popular music of the twenty-first […]

He also pre-empts any critics or readers asking where x or y are, and says his thanks, before a second preface, ‘One Summer’, takes us back to the heatwave and sounds of 1977, where a younger Stubbs is fascinated by some of the new sounds creeping into the pop charts. Even further back, in 1973, having been given a five year diary, he flicks through wondering what will happen in future, where space travel will get to next, what new music will sound like. In 1977 he still has unanswered questions and futuristic hopes. Mars has yet to be visited or colonised.

But the formal introduction of the book jumps to 2017 and a consideration of electronic music as the basis for much contemporary pop music, then on into an engaging version of the traditional history of electronics in music: Futurism, Edgar Varèse, Pierre Schaeffer, Stockhausen and John Cage, pulling many other artists and sounds into orbit around them, before the second part of the book uses specific case studies to explore the electronic 20th Century.

There’s a fantastic chapter discussing Sun Ra and Miles Davis, another the music of Delia Derbyshire and Daphne Oram, and a third ‘Stevie Wonder and the Electrification of Soul’. It was by the end of this chapter that I started to realise Stubbs had not really defined ‘electronic music’: were the synthesizers, keyboards and studio effects used on Wonder’s (on the for me, disappointing) Songs in the Key of Life, really what he meant? And it seems a bit of a sleight of hand to move from Wonder to Herbie Hancock to disco to Prince to DJ-ing to Missy Elliott, Jay-Z and Beyoncé.

So, I started asking if synthesizers and effects were included why Stubbs doesn’t chart the innovation present in Weather Report and some jazz-rock, or even (dare I say it) progressive rock, not to mention the continuing explorations in contemporary classical music, building on the composers discussed in Part One? Stubbs struggles in the second half of his book to keep a focus, to intelligently cluster bands and genres together; he simply hasn’t found enough critical distance.

I’m a big fan of Suicide (the band) and Pet Shop Boys, but they are opposites in the world of pop duos, and I’m not a fan of Yello or Soft Cell, can’t really see any of them as innovators or sonic explorers. Well, maybe Suicide. D.A.F.? Perhaps… But why not a chapter charting electronics in punk and post-punk which then moves on a timeline to Joy Division, New Order, Human League and Depeche Mode? (I just can’t take Depeche Mode seriously – they’re stadium rockers and always wanted to be.) These latter groups get chapter 12 to themselves, but only after a chapter on Kraftwerk and how they influenced black music and techno. Kraftwerk are clearly important, but don’t they link back to what we know as krautrock as much as forward to change the face of hip-hop? And having previously touched upon disco and funk, why not either a chapter about these as a genre, or about black music? There’s too much crammed into Part 3, and it’s very unfocussed.

Part 4 is more surefooted, opening with a chapter about ‘Brian Eno, the Aphex Twin and ‘Ambient’s Late Arrival’, which kind of does what is says on the tin, but a note of negativity from Stubbs is creeping in, as he questions the idea of or need to use music create space in our over-busy world. Next we jump to the world of cut-ups and samples used by Cabaret Voltaire (who could, perhaps, have been better placed within electro-funk or alongside Suicide) and another quick dance and sidestep through Industrial music to De La Soul, DJ Shadow, and J. Dilla (who I confess I have never heard of).

The next two chapters document some more experimental work by musicians such as Gavin Bryars, Philip Jeck, William Basinski, Burial and The Caretaker (an intriguing and well-considered grouping); then takes a short tour through rave – which I confess I find difficult to take seriously as an innovative music genre. Again, it’s hard to find the links between some of the musicians and works clustered here, hard to move on to the final chapter where Stubbs, in his ‘Conclusion’, declares that ‘[t]here may be no future at all if we simply drift acquiescently with the times’. Fair enough, but ‘electronic music’ is neither the solution nor the cause of this drift. Like guitars, bass and vocals, like all instruments and genres, it can be reinvented and explored; no, is being reinvented and explored in the ever-fragmented world of music around us. It’s just that David Stubbs and I don’t know where to look. 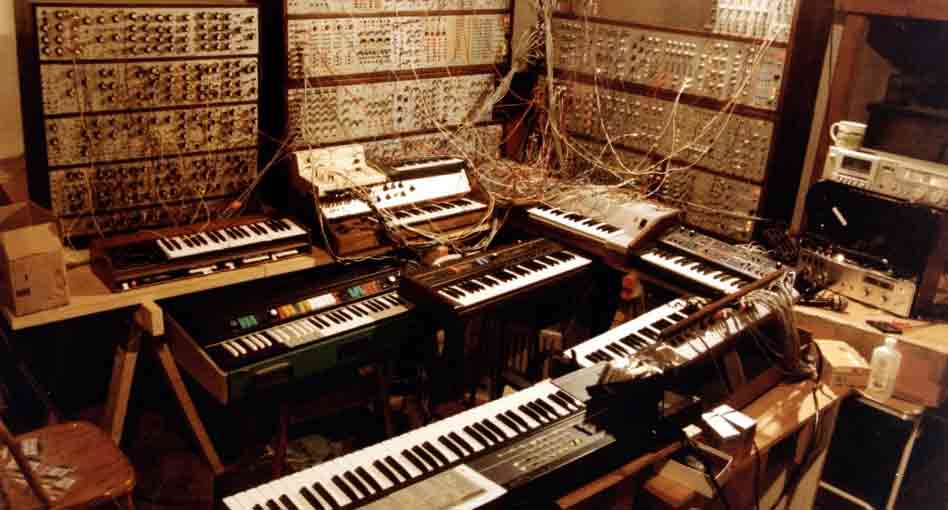 This is an intriguing, if flawed book. The second half desperately needed the clarity and objectiveness, the focus and trajectory, that the first half has; desperately needed to deal with how electronics have produced digitisation and miniaturisation, new studio practice; and with the fragmentation of the music industry and the ways music is distributed and listened to. Either organise the writing around these technical changes and the results thereof, or look harder and find the key new music that is currently exploring increased possibilities and music’s outer limits in the way the remarkable first part of this book does, and which make this an almost essential read.

View all posts by Rupert →
This entry was posted on 22 August, 2018 in homepage and tagged David Stubbs, Rupert Loydell, The Story of Electronic Music. Bookmark the permalink.