“It was the right shape. I used it like the police use battering rams to break door locks in.” 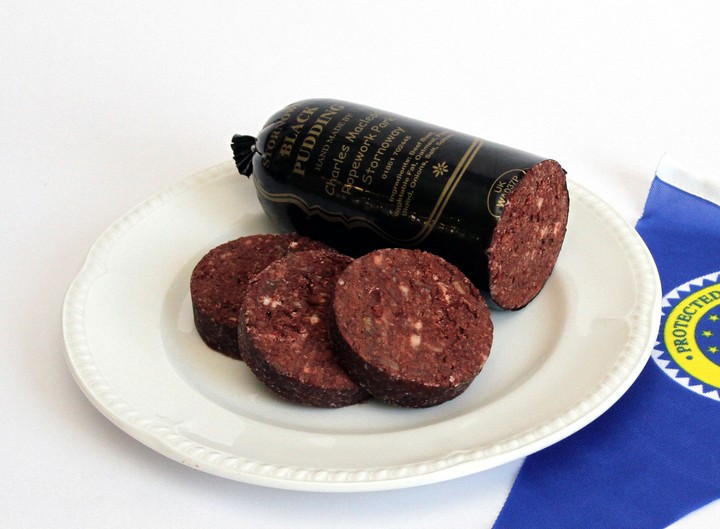 A few years ago, the British tabloids worked themselves into a predictably unsubstantiated frenzy over the question of whether black pudding—that weird circle of blood sausage you find lingering on the side of your fry-up—was a superfood.

Back then, we laughed. There was no way congealed pig’s blood could reach sit among goji berries and chia seeds at the Goop-verified ranks of uber-health! But today, it seems that the Daily Mail has been proved right. Black pudding really does have super powers. Life-saving super powers, in fact.

Last month, 70-year-old butcher Christopher McCabe from Totnes in Devon made the short walk from his shop to an outdoor walk-in freezer to collect some bones for a customer. When he was inside the freezer, an unexpected gust of wind blew the door shut, trapping him inside.

The freezer’s temperature is kept at minus 20 degrees Celsius—far lower than a domestic freezer and capable of killing a human in around an hour. Unluckily for McCabe, the safety button that would have opened the door was frozen solid.

Speaking to The Independent, McCabe described his fear when realising that he was trapped: “My heart sank for a moment. Then I thought, ‘I’ll have to kick myself out of it. I knew no one would hear me if I called for help.’”

Thinking quickly, he looked around the freezer for something to batter the safety button with. Beef was too slippery and the joint of lamb too big, so he settled on a long, cylindrical roll of black pudding.

McCabe told the BBC: “It was the right shape. I used it like the police use battering rams to break door locks in. It was solid, pointed and I could get plenty of weight behind it. I’m lucky really. We sell about two or three each week and that was the last one in there.”

Bet you goji berries couldn’t do that.

Tweet
This entry was posted on 17 January, 2018 in homepage. Bookmark the permalink.