When my staff of thousands sent me this book cover, APRIL IS A MOTHERFUCKER, by none other than T.S. Eliot, it put me in mind of Inventions of the March Hare: Poems 1909-1917, which includes Eliot’s fithy rotten early poems. They are so much fun, despite their sometime racism, that they naturally give the P.C. police conniptions. The staffer, who prefers to remain anonymous, points out that the lovely fake book cover, by riffing on one of Eliot’s most famous lines, “is as real as an internet blog can make it.” And now, for your enjoyment, here is the loveliest of the entertaining real stuff: 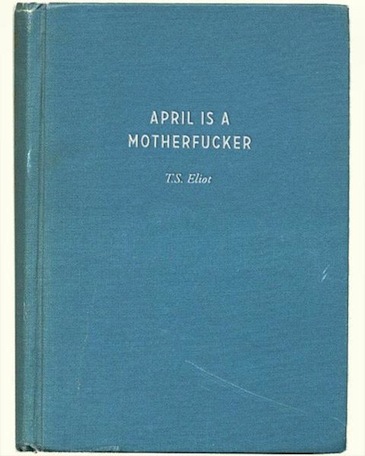 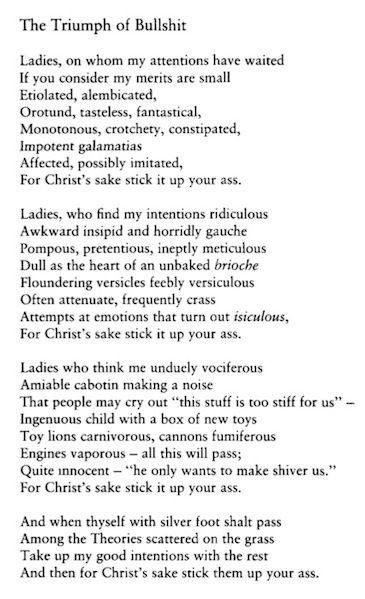 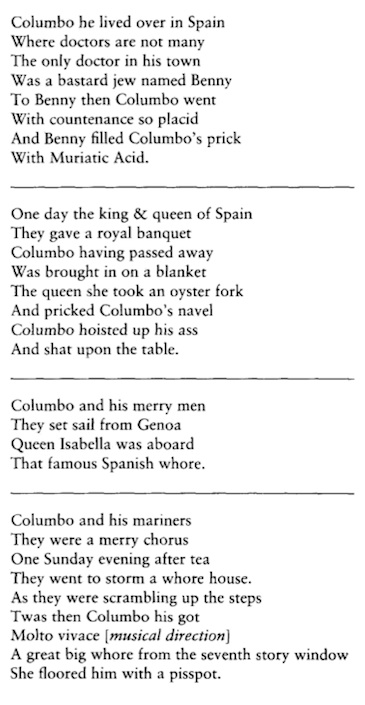 View all posts by Jan →
This entry was posted on 18 April, 2018 in homepage. Bookmark the permalink.