Fly Me to the Moon / Frames of Reference 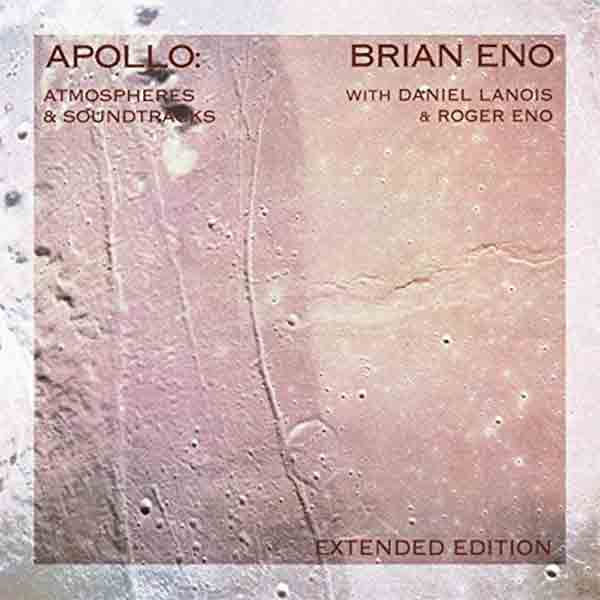 Apollo has never been one of my favourite Eno albums. Despite a childhood interest in the space race and Moon landings, and a sincere love of Eno’s music, Apollo always seemed too unfocused, and an aside to what else was happening musically in the early 1980s. Time has allowed it to gain some critical re-evaluation and favour, but it’s still not great, perhaps because too much of the music has turned up in other contexts, perhaps because I still haven’t seen the film For All Mankind, which the music is the soundtrack to.

So, here’s the remastered and reissued version, with the almost obligatory second CD, in this case of all-new music by the three musicians. It’s… well, it’s more of the same, slightly plodding, stately instrumental music. Very much film music, very careful, very nice… and very ordinary. Very Eno. I mean let’s be honest, Lanois is a great producer, Roger Eno a footnote in ambient music, and Brian Eno is better when there’s less or more going on. And by that I mean his early escapades subverting Roxy Music and then constructing and producing his own albums; or his processual music, where the tape recorder and the systems he sets up do the composition, and he chooses what to select and issue.

I feel a bit rude writing this, but it’s just very ordinary stuff, especially over 30 years later. This newly remastered edition sounds stunning quality-wise, clear and with great separation and detail, but it’s mostly endless lanquid piano over sustain, ghostly echoes and distant murmurs, synthesizer worship, slow and gradual sound evaporation and atmosphere. I’ve run out of air and words and of interest. For me this is an Eno satellite, in orbit and occasionally glimpsed, but not something I have paid, or am going to pay, much attention to. It’s just too polite and pleasant. 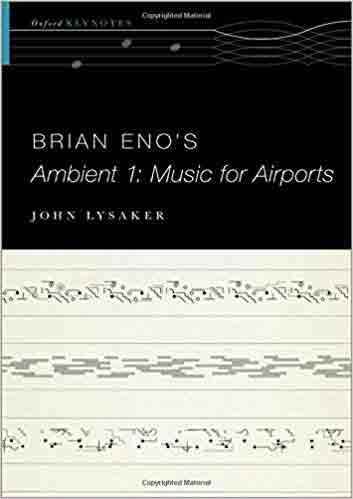 Eno’s first ambient LP was his Music for Airports, four gentle pieces of music with layered loops running over and against and with each other. John T. Lysaker’s short (148 pages) book is a critical study of that album which its author claims ‘is for listeners who want to think and reflect upon what Eno’s LP has to offer, and in a way that deepens further listening rather than replace it with scholarly prose.’

To do that Lysaker firstly pays attention to the construction and nature of the four, very different, compositions on the album, asking ‘To what should we listen? And what should we have in mind as we do?’ He then goes on in other chapters to contextualise Eno’s work within strands of experimental and classical music, with a focus on what the author calls ‘”the sonic turn,” a move away from traditional Western structures toward sounds, whether found and/or manipulated.’

The book then turns back to Eno himself, discussing his life and influences as he journeys ‘from art school to the studio’ and becomes, or announces himself as, ‘a non-musician’. Gradually, this chapter moves towards the making of Music for Airports, and the whole idea of ambient music, which is discussed in Chapter 4. The original LP contained an information sheet or manifesto about ambient music, and Lysaker is adept at questioning and contextualising this, before discussing how the term itself is now used to cover a wide range of genres and music. Eno’s Nerve Net Sampler CD in 1992 had a sticker on with this brief conversation printed on it:

DETAILS:
Do you accept partial blame for new-age music?

BRIAN ENO:
Yes. But I don’t accept any blame whatsoever for new-age philosophy.

The chapter makes this explicit by reemphasising Music for Airports in relation to more experimental work by the likes of Steve Reich and Pauline Oliveros, which were discussed in a previous chapter.

The final chapter (although there is a brief afterword which summarises and questions the author’s own discussion) repositions the album as conceptual art, shifting attention to Eno’s film, apps and visual art work, including the covers for Eno’s ambient series, as well as reinterpretations of Music for Airports by the likes of Bang on a Can and Psychic Temple. It’s an intelligent yet eminently readable, closely focused and well-argued book; I’d suggest that coming from a philosophy background has allowed Lysaker to ask some different questions and offer the reader a generously wide and intriguing frame of reference, without losing any focus on the album under discussion.

Finally, I must draw attention to the new paperback edition of Christopher Scoates’ Brian Eno. Visual Music, which like Lysaker’s final chaper focuses on Eno’s films, arts, apps, videos, light paintings and installations, from his early days as a student through to 2013 when the original hardback was published.

The book is basically a scaled-down reissue at a more affordable price (the hardback goes for silly money now online) and although some of the grids of images lose out by being scaled down, in the main it’s still a beautiful object, with lots of information, discussion and examples. Of course, Eno’s visual work often includes music, and often utilises similar compositional ideas or processes in its construction. The very wonderful Oblique Strategies cards, a version of which is sitting on my desk in front of me as I type, act as creative instructions or oracular declamations for any activity; much of Eno’s light work relies on the visual equivalent of loops, of light sources such as TVs which Eno does not control in relation to shape and colour.

Scoates devotes over 400 pages to 40 years of Eno’s visual art (or visual music, of you believe his title), and Eno himself contributes, along with several other authors including systems man Roy Ascott, who was instrumental in Eno developing his own ways of thinking and setting projects in motion. Stars of the show, however intelligent and useful the writing is, are the beautiful and numerous illustrations of Eno’s works, which are simply dazzling. 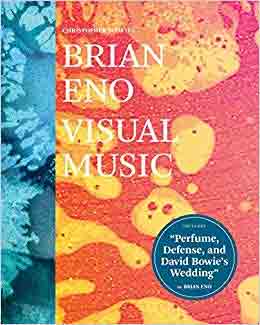