from True Confessions (and brief dreams) in a Time of Pandemic 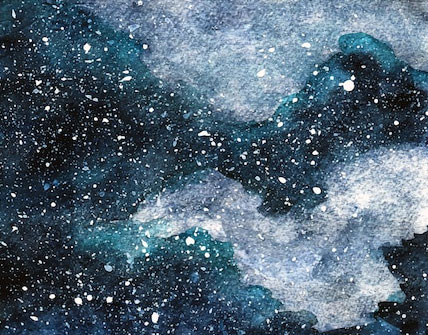 As we neared the apartment, Morgan called to demand we go now to the market a few blocks away for milk, anger and urgency crackling the normally smooth surface of his voice. Didn’t he want to see his father, who had flown all the way from New Jersey? I felt the same sickening panic as when my parents called my brother, sister and me to the dining room table to announce they would divorce. Instinctively, I did my best as we pulled away to memorize the cars that crowded the curb; when we returned I parked in the space that had opened up. On oxygen now 24/7, tethered by cannula to a machine in his apartment or, when he ventured out, a canister he carried in his daypack, Morgan had been waiting three days for a hospital room to open up. This was a year before the fatal lung transplant, six months before he confessed he was in love with someone else, a respiratory therapist, who, when he told her he’d broken up with me, immediately stopped answering his texts and phone calls.

The man at my screen door, his face weathered as a dried leaf, in a short-sleeve shirt and soiled chinos, carried a battered leather suitcase, straps with buckles to hold it closed. He opened it to display his tools, whetstones in pockets, files held by loops. He asked if I had knives or scissors he could sharpen. I couldn’t speak at first, befuddled by this visitant from another era who’d stepped onto my porch. And then, “No,” almost in a whisper, “I guess not,” awed, made uncomfortable, even, by his humility. By the time he reached the sidewalk, I regretted my refusal. I regret it still.

I watched as attendants freshened the news anchors’ open coffins, all in a row, with greens.

I begged the stranger not to leave the room, but to lie down next to me. Mattresses lined the floor; people huddled in groups along the walls. She clamped her open mouth over mine and held me so tight I could barely breathe.

We rode our skateboards five blocks to the high school, its four long red brick buildings side by side with open walkways between, empty for the Christmas holiday. I didn’t know to inhale, holding the smoke in my mouth, saliva pooling with each intake, globs of spit dotting the concrete at my feet. Larry, a big boy, chunky, fifteen pounds heavier and three years older than me, had just moved in across the alley. He’d shown me how to tug the skin of my penis up and down, igniting a life-long need at my groin. Though little rivaled the power of what I felt when his parents argued, the first adults I’d ever heard curse at one another, obscenities amid double-negatives issuing in thrilling streams, a new music to my ears.

It had to go back, the body under the picnic table, back to the morgue. A dark-haired middle-aged man I’d never seen before. I wasn’t the one to take it; it seemed obvious. Though the voice said again, just before I woke up, “You need to return it.”

“Don’t you wanna get off?” he said as I lifted his chin, bringing him to his feet. I’d come to my senses, but not before giving in to my desires. Beside me at my desk discussing one of his stories—a father’s beatings, a youth turning tricks and shooting up; stories submitted to his fiction workshop that he confided were memoir—he’d arrived that day in denim cutoffs so short they failed to contain him. Two years earlier, as a new MFA student, he’d stood at my open office door announcing, “I’m the gay one.” He wore tight jeans and a pink T-shirt painted to his muscular torso, lips in a tense grin, eyes wide, head atilt, a posture that struck me as equal parts challenge, mischief and charm. And as I came to know and care for him, as we became friends, a posture, a characteristic demeanor that embodied his remarkable name: Bunny Lyons.

She was someone’s mother, but I didn’t know whose. She stood at the entrance to my house directing the long line of people, most of whom she sent to the bedroom, where they gathered in an ever tightening group; a few she told to walk through the study onto the porch and into the garden where they could easily stand a safe distance apart.

From behind I’d grabbed the belt loop of the slender, dark-haired youth with whom I’d exchanged longer than casual looks, and pulled him into my hips. We danced like that, crotch to hips in a pumping motion, K C and the Sunshine Band extolling, “That’s the way, un huh, un huh, I like it,” over and over, minutes after Lady Cassandra had closed the drag show with her Judy Garland set, sending us into the swirling disco lights of Jekyll and Hyde’s. At his apartment, which was sparsely furnished—a mattress and table lamp on the floor, a small wooden desk and chair, Mexican blankets draping the windows—I was struck by the deliberate, graceful way he unbuttoned his shirt and slid from his jeans, the almost whisper of his voice, the way he gently ran his hands down my sides. I’d read in a novel that a character seemed “breakable”; I thought the adjective absurd. But that’s how I felt about him, and that there was something lovely in such delicacy. After we’d had sex, as he smoked a cigarette, he said my dance floor move had reminded him of when he was sixteen and his father, an Army colonel, had thrown a party at their Ft. Lauderdale house. A sergeant had pushed him into a bedroom and slit the back of his jeans up the middle with a razor. He confessed it was the best fuck of his life.

It was morning, or it was night. We couldn’t tell. The plastic sandwich bag of blood had disappeared. A friend and I sat on the ground waiting for a sign, which never came. We couldn’t decide if this was good or bad.

Tweet
This entry was posted on 16 April, 2022 in homepage and tagged Boyer Rickel. Bookmark the permalink.