HAVE YOU KILLED YOUR MAN FOR TODAY? 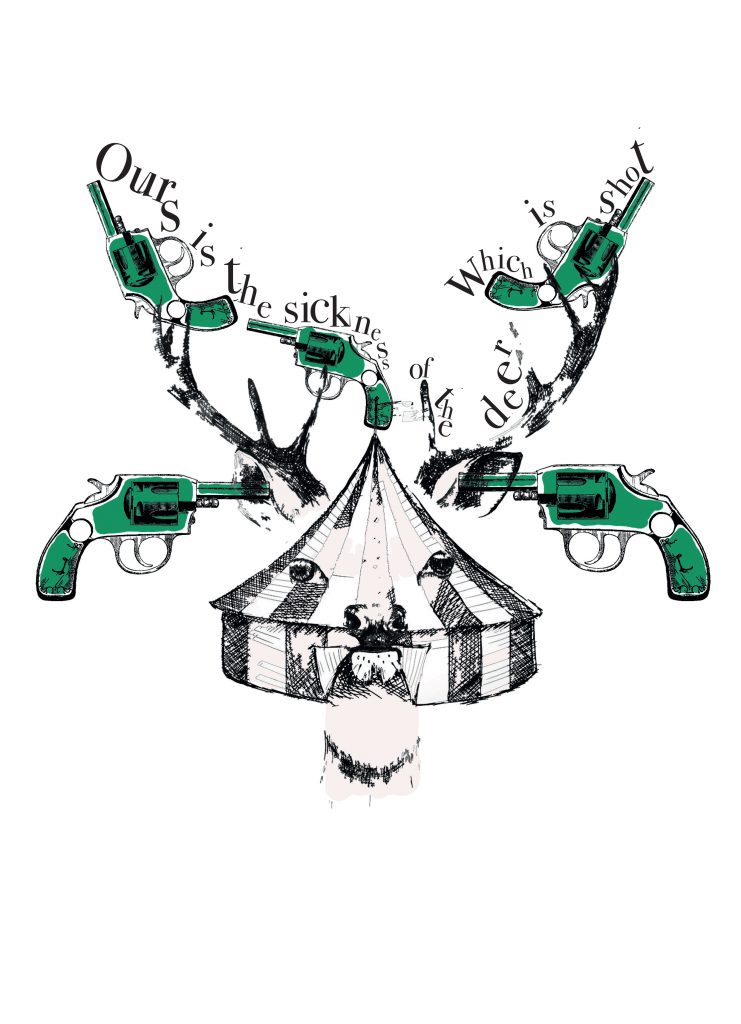 In these hands, the cities: in my weather, the armies

Of better things than die

To the scaly music of war.

The different men, who are dead
Had cunning : they sought green lives
In a world blacker than your world :

But you have nourished the taste of sickness
Until all ohter tastes are dull in your mouths :
It is only we who stand outside the steaming tents
Of hypocrisy and murder
Who are “sick” ­—
This is the health you want.

Yours is the health of the pig which roots up
The vines that would give him food :
Ours is the sickness of the deer which is shot
Because it is the activity of hunters to shoot him.

In your hands, the cities : in my world, the marching
Of nobler feet than walk down a road
Deep with corpses of every sane and beautiful thing.

Tweet
This entry was posted on 5 September, 2020 in homepage and tagged Atlanta Wiggs, Kenneth Patchen. Bookmark the permalink.