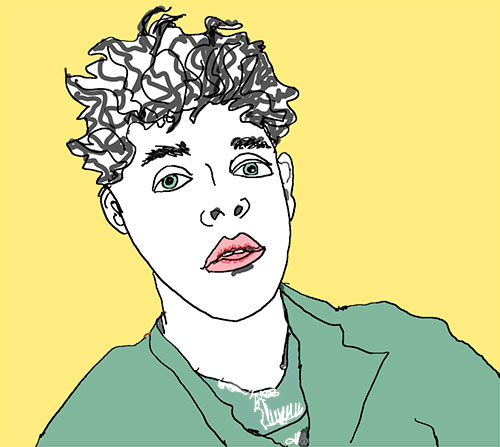 A Paris doorway. Night. Distant sounds of the city. But this street is silent, replete as it is with old ghosts. The two shades hunker down, JIMI’s garish clothes have long faded. JIM is bearded, large bellied, his matted shirt and trousers are stained.

JIMI.  There’s too much rubbish here…

JIMI.   Its the air. I like to feel it rip all around me. In a high breeze, distortion. The music I felt. Days of old.

JIM. There’s not even a whore here..

JIMI.  Whose whore? You couldn’t fuck if you wanted.

JIM.  You know where you are with the booze.

JIMI.  You mean you know where you were and that it’s now a place you can’t get to. The drunk lose their purpose, like a face in the crowd you loved once.

JIM.  And the stoned?

JIMI.  They relax. I never had any problems. I worked.

JIM.  You were an animal, Jimi.

JIMI.  Arguable. These days they still need me. People have lost all direction..

JIM.  Including us. Its cold here.

JIM.  Too cold. Especially if us phantoms can feel it.

JIMI.  You want to get back to Oscar?

JIM.  He digs you! He likes them pretty.

JIMI.  Pretty far out if you ask me..

JIM. Who’s not? Live like that, you’re defensive. So, you want to walk back?

JIM.  We’ll get back there. First signs of dawn, there’s no choice.

JIMI.  The French have got trouble. The streets once again smell like trouble. Gasoline, Fire.

JIMI.  Baby, I ain’t got no guitar. I was walking around just last week and I saw one laying there, on the roadside. I just stood and stared at it. Battered but loved. Playable. It was an accident, sure. But it looked like a sacrifice to me. If I had seen it in Soho, I may have very well picked it up. But it was here. I flew here. I landed here. I was walking. It shone, a reminder.

JIM.  A gravestone, you mean?

JIM.  What would they place for me, a wine bottle?

JIMI.  Either that or a lizard. But for me, I kept walking. I’ve lost the touch, anyway.

JIM.  In my head. Like a report from the mirror. But who’s there to listen with all that special glass in the way.

JIMI.  You’re on the other side, baby. You see reflections, but the subject has gone, lost to light.

JIM.  From trying to recite what I’m writing. It’s like the words are embedded and I can’t get them out. They don’t know where they are.

JIM.  Or why they’d be spoken. For an audience who can’t listen while playing out from a record broadcast on the wrong frequency.

JIMI.  Death is the real tuning out, even while the concert keeps playing. We could play well together. Those screams you always did..

JIM.  Your high wail. Yeah, I know what you mean, but what good would it do us? We’ve been drowned out by decades, and those who’d want to hear cannot see.

JIM.  Dark times. Do you know the Brecht poem?

JIMI.  – About the dark times…

JIM.  Nobody knows what will be. The American Prayer has been cancelled. Look what they got now. Devil in a wig.

JIM.  And the other guy, too, who won’t fade, from London. Another cartoon for the rising.

JIMI.  Yeah, that fucker’s own hair is a wig.

JIM. As the sickness starts, there’s a searching. All the options are fizzing like germs in a slide, but none fix.

JIMI.  All the old ghosts return who might have provided the answer.

JIM.  The tomb doors are open and the heavy earth all gives way.

JIMI.  But people are scared of the lizard king and the cactus..

JIM.  The little wing isn’t flying as she who calls Mary finds herself snagged on the wind.

JIMI.  Its a good time to be dead. Fuck knows what will happen. Though, I’d still like to ask her..

(The two of them laugh. There is a guitar howl and a screaming. The sounds of the city are rising as what is left of the light fades away.)

JIMI.  Did you ever fuck her, your Ma?

JIM.  Its getting dark.

JIM.  When it gets dark, that’s what happens. Nobody ever knows what to say.

JIM.  That’s death. The body keeps trying. But it never gets there.

View all posts by David →
This entry was posted on 24 November, 2016 in homepage and tagged David Erdos, nick victor. Bookmark the permalink.