How the Queen Profits from the Arms Trade

How Britain’s Queen Elizabeth II profits from the arms trade 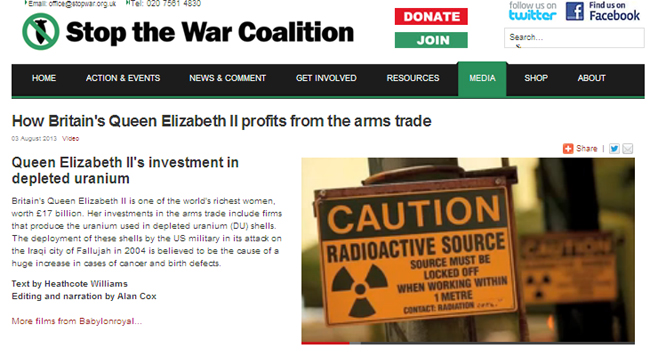 Britain’s Queen Elizabeth II is one of the world’s richest women, worth £17 billion. Her investments in the arms trade include firms that produce the uranium used in depleted uranium (DU) shells. The deployment of these shells by the US military in its attack on the Iraqi city of Fallujah in 2004 is believed to be the cause of a huge increase in cases of cancer and birth defects.

Text by Heathcote Williams
Editing and narration by Alan Cox