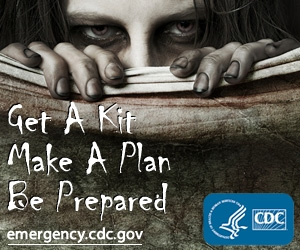 Is It Possible – Or Even Desirable – To Be Mentally Prepared For Apocalypse?

It should be very clear by now, to most thoughtful people, that we are well down the road of engineered collapse. Some might argue that we are already in the manifestation of ‘the end of days’.

It’s not important. What is important is to recognize that a combination of political corruption, corporate greed and military warmongering have pushed this planet’s ecological, social and cultural heart beat to the very edge of thrombosis. And that what stands behind this state of affairs is no longer a precipitous act of nature – as may have been the case 10,000 years ago – but a tightly knit enclave of power brokers.

These power broker’s agenda is, and has been, to foster the establishment of a destructive web, designed in such a way that the populous as a whole is subjected to a daily dose of toxic medicine, designed to instil an unbroken stream of anxiety and fear.

They count on the fact that by this time, and in the face of a continued sustained bombardment, the great majority of the human race will have submitted to their ‘protection’ – having believed (until too late)  that each new phase of the crisis is caused by something other than a planned take-over of the control levers of society.

However, even the best of the dark side’s plans are vulnerable. In the course of locking down society and sterilising nature – unexpected reactions occur. Tornadoes do not follow their exact HAARP designed corridors of destruction. Wars in foreign Countries cannot always be executed according to plan. Not every Country in this World has been willing to submit to US hegemony. Not every bank chooses to fleece its customers and fill it’s directors pockets full of gold. Not every global administration is willing to cave in to a Monsanto half-nelson. Not all people buy-into the matrix. In short, there is resistance. Both by man and by nature. And it’s increasing. Then there is also the unseen resistance orchestrated by etheric forces which are constantly on vigil to counteract the most extreme of the sinister plans hatched by the enclave.

So here comes the dilemma. If this ongoing crisis should manifest itself ‘steadily’ – it might be possible to find some sort of manageable way to mitigate each of it’s phases. But if things should fall apart fast – a great swath of mankind will be swept downstream along with the debris and the detritus.

The prospect of a ‘fast fall’ presents us with a very particular conundrum – because it is hard for us to imagine an outcome that has no precedents – at least in the last 10,000 years or so. I am talking about an essentially ‘global’ collapse that happens on all fronts in relatively close time proximity to each other.

To prepare for something one cannot quite imagine demands a special type of concentration. It requires acute observation and analysis of the patterns of the disintegration process already under-way, not from one angle but from at least three or four. An observation process which then requires matching with intuitive insights. Our response to a perceived threat should always combine the intuitive and the rational.

Then, finally, one should make up one’s mind what action to take before things go critical. So any mental preparation for such an action needs to be preceded by prior consideration of an important fact: that the forces of good might increase in number and power at a faster rate than the forces of destruction are able to complete their demolition job. And that, if we lent our support more fully to the benign cause – we ourselves could be involved in playing a part in turning around the ultimate outcome. In guiding and shaping the future of our planet. Whereas, by failing to lend our support and  concentrating instead upon a personal survival plan, a worst case scenario seems all the more likely to play out in full.

So you see, the actual end result is not decided by the villains or by fate or by God. It is decided by us. We who have been provided with the physical, mental and spiritual ware-with-all to fulfil this extraordinary mission.

It is for this reason that I pose the question: is it even desirable to try to prepare for apocalypse?  Should we not better direct our best concentration on addressing and confronting  the cause?

The danger is that by devoting one’s self to the mental (and physical) preparation deemed necessary for surviving a worst case scenario, one precludes moving forward into the field of action to help shift the balance of power away from impending doom. One holds back from supporting the great gathering of shared human creativity that would bring about a victory for the bearers of light. The two approaches are essentially at loggerheads with each other.

I hear both. But most commonly today I hear calls to give up the impulse to take outward action – in favour of the ‘prepare for your survival’ inward reaction. Here it gets quite subtle: those who say ‘beat the retreat’ often do so quoting a spiritual or religious doctrine. For example: drawing upon the ancient wisdom of the Chinese masters – the Tao and the school of Lao Tsu. Here all is one in the great pool of absolute stillness. We find that place in us where ‘time’ is no longer. There is no rush; nowhere to go; nothing to do. The state of the world “is as it is”. The manifest energy of the universe (dark and light) is harmonized in perfect balance .. and we mirror that eternal state. In this state we cease contributing to the worldly confusion. It’s a deeply nourishing place to reside .. for an hour a day.

As I see it – this is the arrival point of the inner seeker. Of inner seeking. However – and this is crucial – it is not an end. It is simply a terminus. A transition point. It is the place where all roads converge and yet from which all roads expand out again. Like the spokes from the hub of a bicycle wheel. It is just one half of the breath – the inhalation – and its natural next movement is the other half of the breath – the exhalation. It is only when inhalation and exhalation work in rhythmic counterpoint with each other that we find equilibrium, movement, change, creativity. To stop in the inner world any longer than it takes to refuel one’s creative batteries  – is spiritual escapism – and leads to deception and unwarranted self indulgence. It’s another fold in the Veil of Maya – and many appear to be trapped there.

Should one elect to stay in that place of perfect stillness, one will eventually atrophy the outgoing breath and loose any inclination to sow the fruits nourished during the times of special inner peace.

Spirit that has been well nourished wishes to go forth. It’s natural instinct is outward. It wants to sow its seeds in the wider world. This is the outward breath of the creative, brought to birth by the inward repose of the subjective. Consider those trees whose seeds burst open in the crevices of great sea corroded cliffs! That’s an expression of the sheer tenacity of the outgoing spirit. Yet if it is not ‘challenged’ but instead is locked into a cocoon, then even the spirit eventually becomes diluted and loses it’s unique social urge: the desire to go out amongst others to share, spread and fight for the propitious sowing of the divine energy.

It is put about in some circles that a key part of mental preparation for an apocalyptic event is to see  the forces driving the impending collapse as ‘illusory’. Whereas ‘reality’ can only be experienced in the great stillness. The eternal now.

The subversive power of this message lies in the fact that it appears to offer a convenient solution to the problem. Rather than go out into the storm and join with others in pushing forward the seeds of the new agenda – one can seemingly stage a guiltless retreat into ‘another world’. One where there appears to be no sign of any looming crisis. Where one is absolved of the feeling that there is any useful purpose to be served by taking collective action to help stop the rot in the ailing world outside.

At this point I want to state that physically and strategically repositioning one’s self when confronted by the manifest expression of an anarchical police state is different. It is not turning one’s back – nor escaping. It is an essential component of taking action. One that provides a firmer basis for carrying on the resistance and planning the advance. It is part of the outward breath.

One need only remind one’s self of the horrors ofAuschwitzto recognize what happens to those who fail to take critical strategic action when confronted by the close-up manifestations of a fascist take-over.  So we must not confuse a conscious planned retreat and repositioning with an act of fear based flight or retreat into an inner sanctuary of illusion. They are diametrically opposed positions.

The repressive regime of an imposed hierarchical authority is currently manifest throughout the Western world – and beyond. There are just two options for us in dealing with it: come together to bring down the offending house of cards – or close one’s eyes and retreat into the land of hope, prayer and self deception. A retreat which includes convincing one’s self that when the police jack-boot kicks down one’s door – it will still somehow not affect one’s ability to reside in one’s chosen sanctuary.

Therefore the value of devoting one’s self to making substantial preparations for ‘crisis time’ is, I believe, a false agenda. It plants in the human mind a delusional thought sequence whose origins lie closer to the centre of the dark side’s mind bending agenda than to the path of human and planetary emancipation. It offers spiritual escapism when what is called for is determined self assertion. A robust conviction concerning our God given power to overcome the forces of darkness that oppress us.

We did not come here to hide ourselves away in some reserve of cosseted bliss – we are here to build a new world based on love and truth. That is the action of the outward breath – and if it involves, as a necessary condition of it’s success, the unmasking and unseating of that small enclave of empathy-numbed megalomaniacs who currently run the show – then so be it. That is our prerogative. More than that – our imperative. No one else is going to do it. I repeat: no one else is going to do it.

Our courage is their downfall. Our cowardice is their fuel. Turn around now. Cease offering your divine blood to vampires. Set forth to defend this brave and beautiful planet. And remember: the angels won’t act for us unless we act first. That’s the way it is.

Julian Rose is an organic farmer, international activist and writer. His book “Changing Course for Life – Local Solutions to Global Problems” is available at www.changingcourseforlife.info  His forthcoming work “In Defence of Life” will be published later this year.

One Response to Is it Possible…?