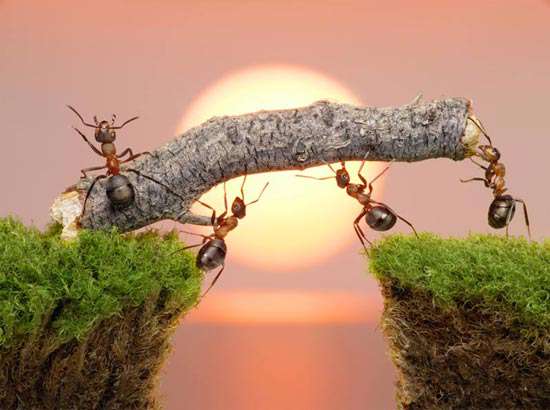 The intelligent designer has no time
for trial and error; each creation
must emerge perfect from his workshop.
For birds, there must
be such light bones so as not to hinder
flight, and the bubbles
under the skins of reptiles
need to be inserted deftly. There is no reprieve
for the tiger whose limbs are too slow for the race
with its prey, neither can the ibex
regain a hold on the ledge should its balance
be miscalculated. After carving the moulds
for a snake’s vertebrae
allowing each to slot into the next
and planning the density of pines
together with just the right soil for their roots
there is ice work at the poles
and an equator to place
that will bind the planet at its waist.
If this were not enough, feathers await their colours
and plains their multiplicity
of types of grass
sufficient for the appetites that buffalo
must satisfy. A decision has to be made
regarding rainfall in a desert
and the rate of thaw
from glaciers, which themselves
might prove too fragile to withstand
the pressure of bad mathematics
should the numbers turn out wrong and the atmosphere
thin. Will there be enough mulch
to grow cabbage? Does the osprey have eyes
so sharp it can spot a fish from the air? And what
happens when machines
outthink their manufacturers? Second chances
don’t occur in the kitchen
when the heat intensifies, the plans
overlap one another, leaving no choice but to leave
and to follow the path of the fire to its source.

Tweet
This entry was posted on 4 May, 2019 in homepage and tagged David Chorlton. Bookmark the permalink.