It’s flying high alongside Stormzy and Taylor Swift to be the biggest song in Britain.

Why Global Citizens Should Care
While protests erupt urging governments to act on climate change before it’s too late, the consequences of a natural world in decline are already well underway. Wildlife everywhere is under threat — endangering progress on Global Goals 14 and 15 for life on land and below water. Take action here to protect nature and help leave our planet in a better state than we found it.

This week an unstoppable force meets an immovable object. But we’re not talking about Game of Thrones and the Battle for Winterfell — it’s the biggest chart battle of the year so far!

In one corner, there’s the invader from beyond the wall — that seemingly unconquerable pop force, self-professed ice queen, and occasional zombie: Taylor Swift.

Then there’s the homegrown hero — the man of the people who rails against the political establishment, who allied with the Lannisters long before Ed Sheeran had his eyelids burnt off, and the grime pioneer who once, sort of, rapped about dragons: Stormzy.

But there’s another force of nature vying for the UK No. 1 this Friday. It’s a single aiming to raise awareness about wildlife conservation — and to quote Varys from the show we will definitely stop referring to from now on: “Little birds are everywhere [at the top of the charts].”

The Royal Society for the Protection of Birds (RSPB), a conservation charity, released the two-minute track — composed entirely of birdsong — to raise awareness for Britain’s declining bird numbers.

It’s called “Let Nature Sing”, and it features 25 endangered bird species ranging from robins to woodpeckers singing for their lives in a rousing chorus of twittering and tweeting.

RSPB hopes the single will rise to the top of the charts in time for International Dawn Chorus Day on May 5, directly competing with Swift’s ode to individualism and Stormzy’s fiery comeback. And right now it’s on the verge of the top 10.

Britain has lost 40 million birds in the last 50 years, according to RSPB, and 56% of wildlife species in the UK are currently in decline. There are 67 species on its “red list”, meaning that the species is under threat globally.

But most people aren’t aware of the scale of the issue. The BBC reports that YouGov found just 15% of British people believed that local nature was really in crisis — in contrast to over a quarter who thought nature was doing alright.

However, the study discovered that 88% of people feel like we have a shared responsibility to protect the environment, while nearly two-thirds wanted stronger laws to do the job.

Read More: A Fifth of UK’s Wild Animals at ‘Risk of Extinction’ Within 10 Years

“Birdsong is an example of one of the beautiful things we might lose,” Gareth Brede, senior media officer at RSPB, told Global Citizen. “You may not be able to recognise which bird is singing, but it is relaxing and peaceful — it should be the soundtrack to our lives. [That’s why] we have brought together the calls of 25 birds, several of which are on the road to extinction, and released it into the UK music charts.

“We need to change this,” he added. “We need more people talking about what is happening to our wildlife and what this means for future generations.”

But the truth isn’t quite getting through to the young people who may very well decide the chart battle. The survey found that among 505 13- to 17-year-olds, 1 in 3 didn’t know the UK had lost 40 million birds — although over a third also said they wanted to help after finding out. For them, the RSPB has an important message.

“There is still time to save our birdsong if we want to see a future where nature and wildlife is thriving again in the UK,” Brede told Global Citizen. “By talking about the issue [and] showing you are concerned, it becomes harder for politicians to ignore the problem and put off finding the answers.”

Can you imagine a spring without song, without the laidback vocals of the cuckoo, or the rich tone of a nightingale? Show your support for nature and download our bird song single by 2nd May to give wildlife a spot in the charts: http://natu.re/E1KThq  #LetNatureSing

While 1 in 5 animals in the UK are at risk from extinction in less than 10 years, humanity has reportedly already destroyed 83% of all wild mammalsworldwide, with the majority remaining existing as livestock for human consumption.

But all around the world, people are waking up — and rising up — to fight for our wildlife, our environment, and our planet.

Greta Thunberg, the 16-year-old climate activist nominated for a Nobel Peace Prize, has already sparked a movement of millions skipping school to protest inaction on climate change. And for her, wildlife is an important part of that fight.

In a speech to the European Parliament in April, Thunberg appeared on the verge of tears as she spoke out against the impending sixth mass extinction.

“The extinction rate is up to six times faster than what is considered normal, with up to 200 species becoming extinct every single day,” Thunberg said. “Erosion of fertile topsoil, deforestation of the rainforest, toxic air pollution, loss of insects and wildlife, acidification of our oceans — these are all disastrous trends.”

Although Pitchfork called the track “almost as bad as global warming,” an animated Leonardo DiCaprio does insist that “this might be my favourite song ever” in the music video.

Anyway. We’ll be flying with the ravens, three-eyed or otherwise, and streaming “Let Nature Sing” all the way to No. 1 in the UK. Listen below — and check out the sweet range of album art parodies RSPB have launched alongside the campaign. 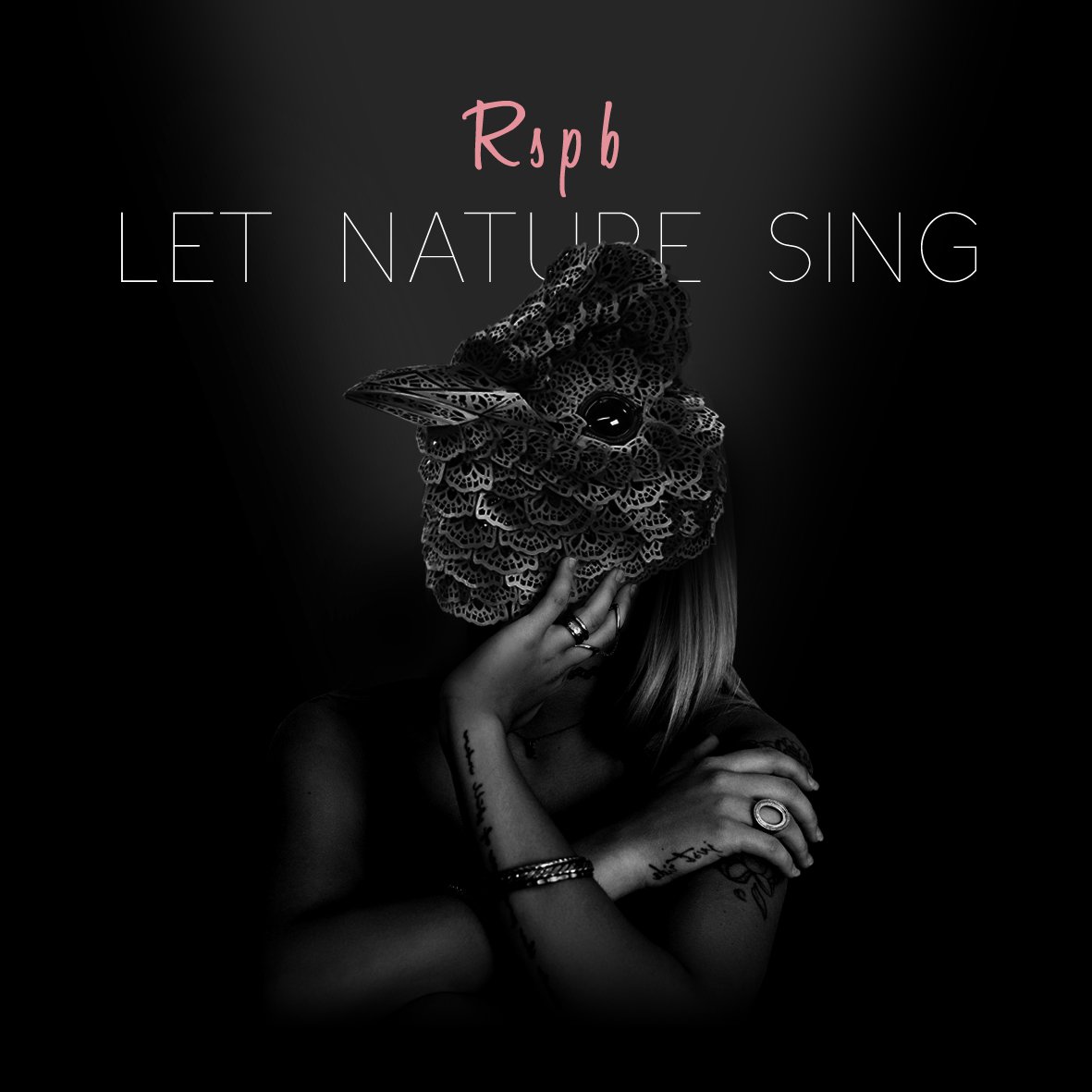 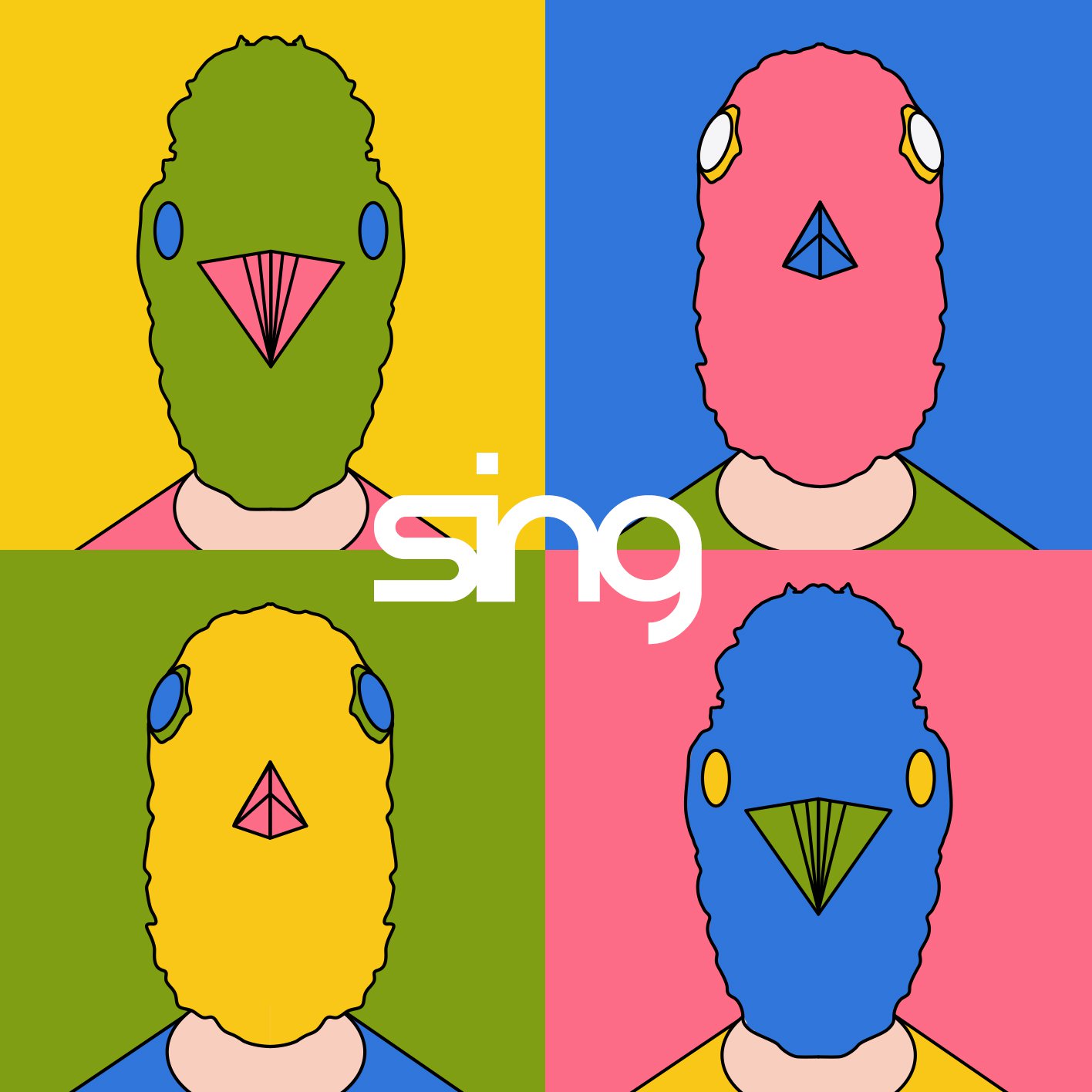 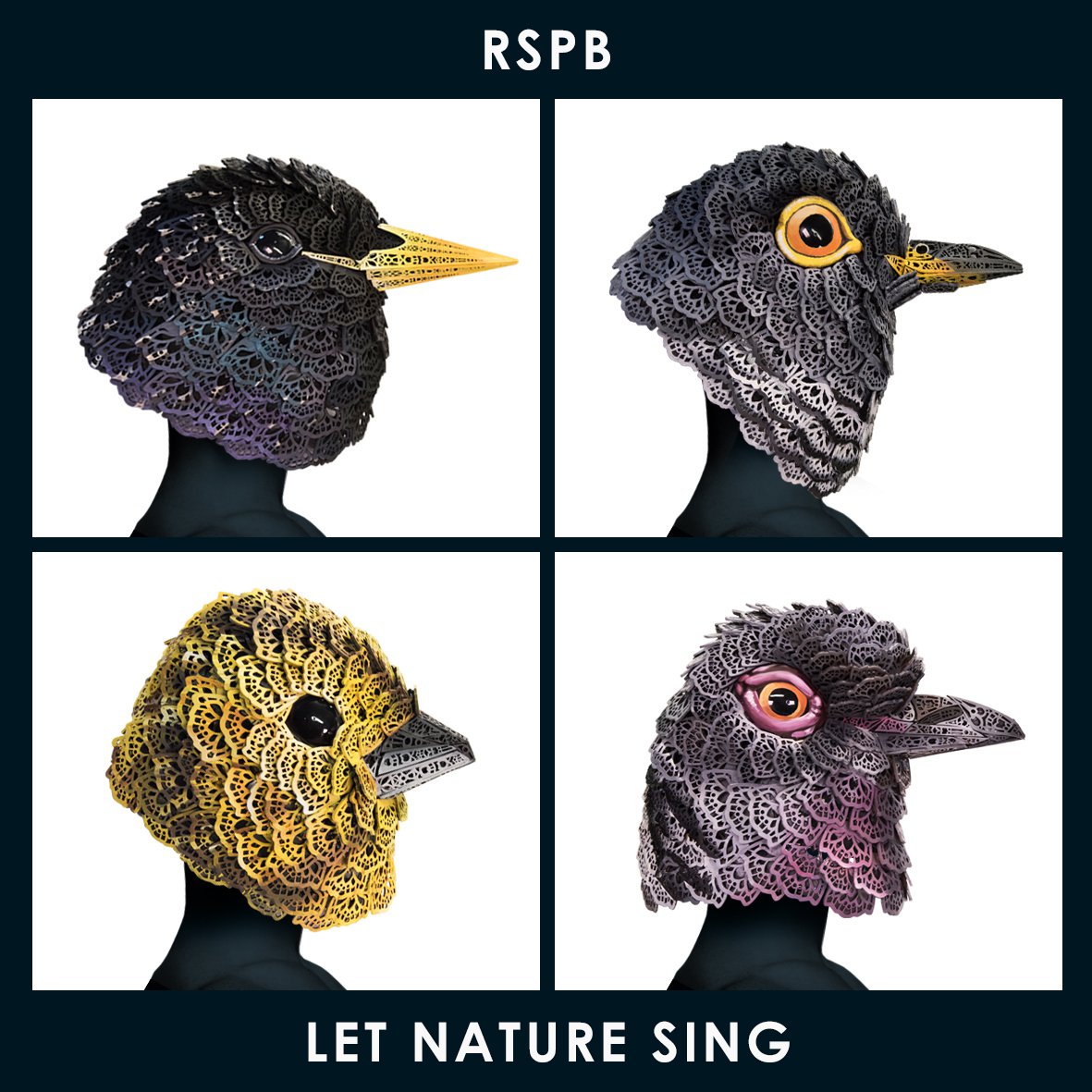 Wagtail, wagtaill for the land, turn forever hand in hand. 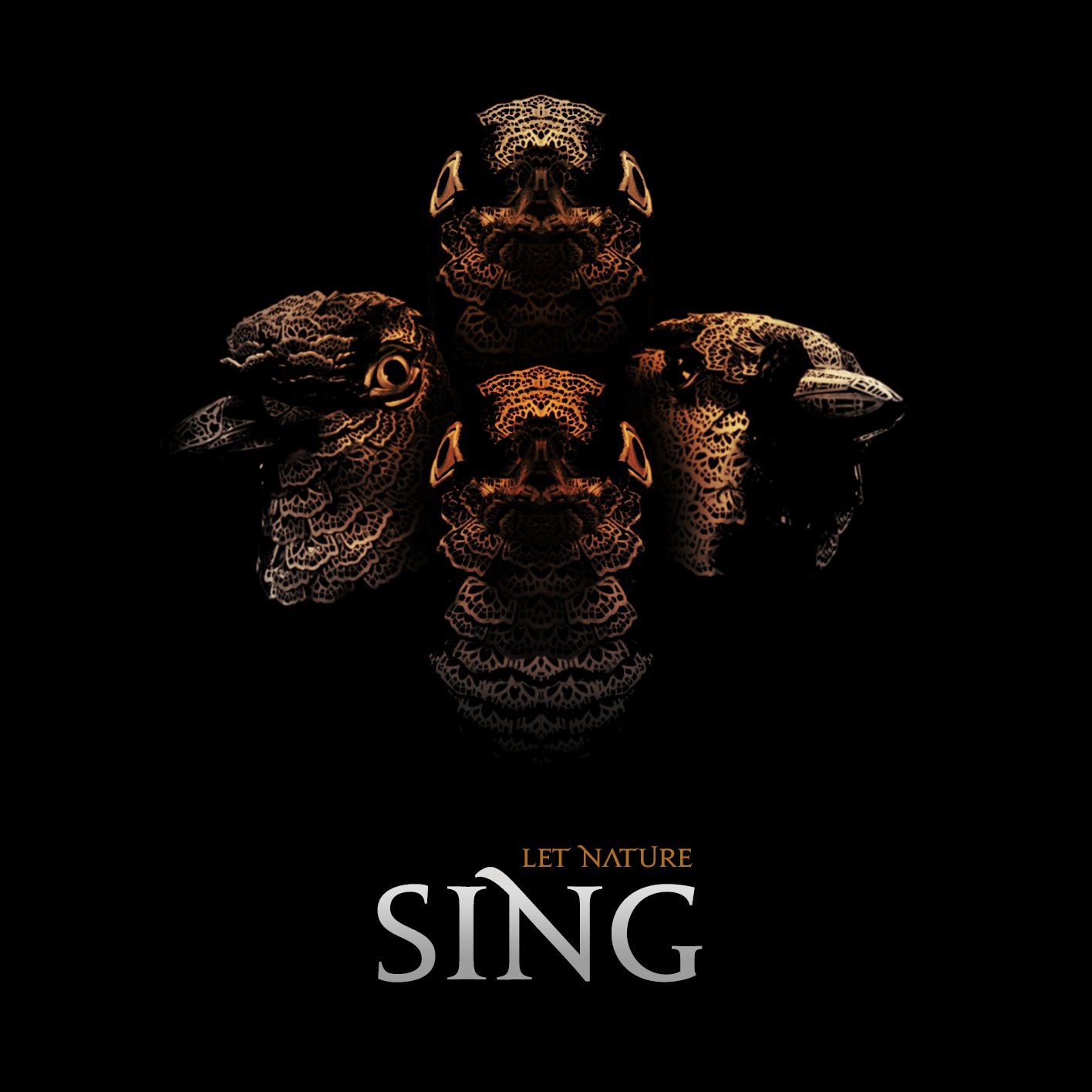 Coot in a landslide. 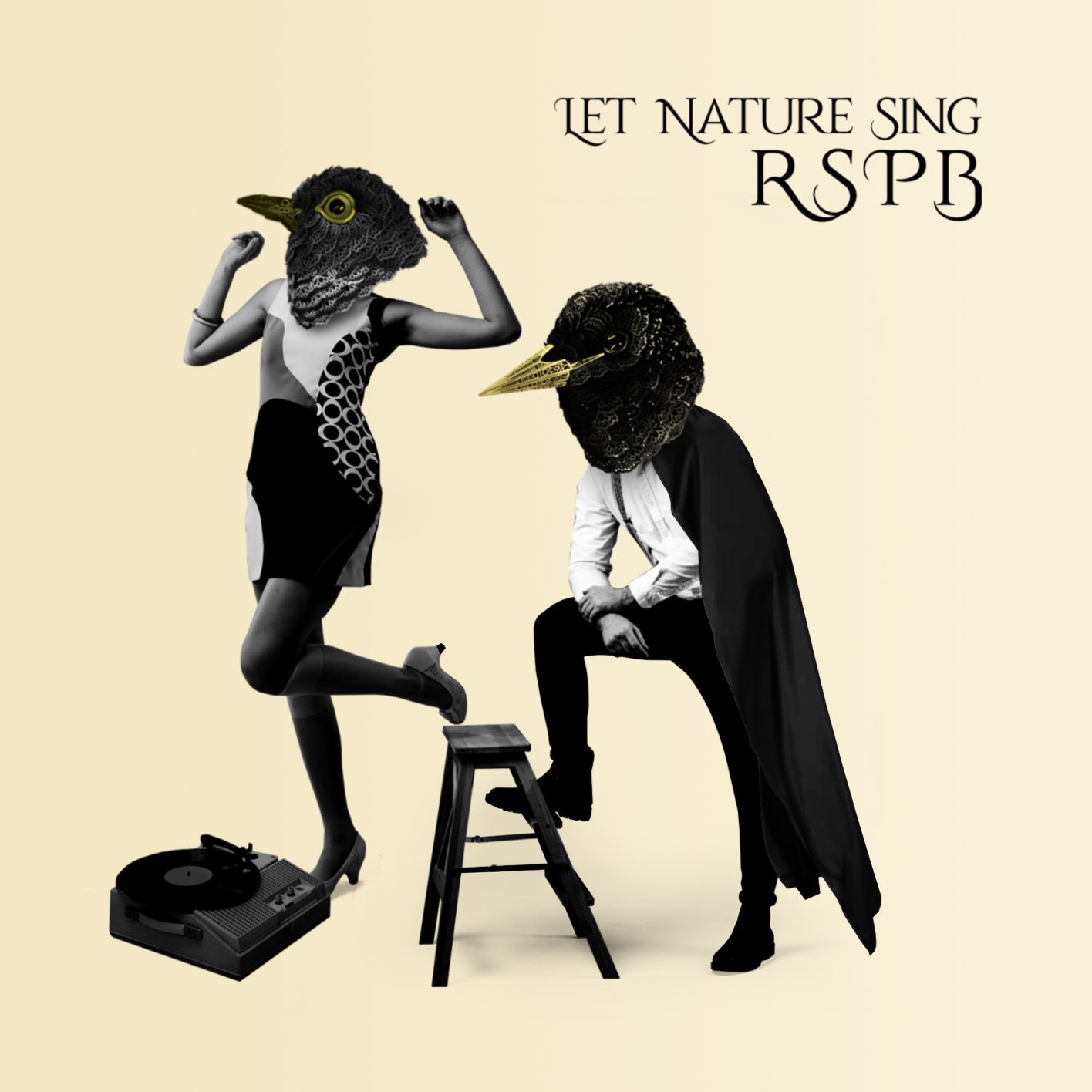 You still reading? Do us a favour and just pull any old lyric from “Songbird.”

All images courtesy of the Royal Society for the Protection of Birds.

Tweet
This entry was posted on 4 May, 2019 in homepage. Bookmark the permalink.