MR Jukebox is really great. Fantastic! Your style seemed to me
(perhaps incorrectly) as cinematic and poetic, but with enough
interior monologue to enable a deep connection with the characters.
The best of old fashioned story telling with contemporary sparkle.
Can you explain your ‘sonic scatter script’?
SV Thank you for the cool comments about Jukebox. Glad you enjoyed
it. Sonic Scatterscript is basically a literary idea I came up with as a
poet that points to a focus on sound and rhythm. Best described with
an example: “She was a wiggle and giggle chick with a slut bomb
bounce.” The sentence has a very obvious rhythm. It starts out like a
waltz: one two three, one two three. Then it ends on three stressed
beats, rat tat tat, for percussive emphasis. Initially it feels like a hot
cutie waltzing down the street, her hips swaying from side to side, and
then it ends with a Cha Cha Cha. The rhythm mimics every dip of her
hips, every swivel and giggle of the character. I also use
assonance and consonance to tighten up the phrase, make the groove
stick in your mind like a melody. Even more than diction, rhythm and
melody give the line a “street” feel in tune with contemporary forms of
speech like slang, rap, hip hop, punk poetry. I am as focused on the
music of the language as I am on its meaning.
MR I really liked Nick, the conflicted lawyer,
was appropriately appalled by Mel, the ebullient entrepreneur.
Did some personal experience help here?
SV I think some lawyers are ripe targets for satire. They know how to
manipulate the law for their own ends. But not all lawyers are money-
grabbing leeches. There are some who do battle for justice and stand
up to corruption and inequality. But if you look at the corporate sector,
it’s overrun with armies of lawyers whose goals and tactics appear no
different from those of the mouthpieces hired to protect organised
crime. They slither around the periphery of criminality themselves, and
because they understand how the law works, they can play both ends
of the system.
MR  Do I detect some impatience with badly behaved conceptual artists?
(‘Liggers and art fucks.’)
SV Ha! I love conceptual artistes. What would the world be without a
little bit of surreal drollery? In Jukebox I was having a little fun with an
artsy crowd who vehemently believed that being an artist was much
more significant than making good art, a Futurist notion that still
triggers debate now. The novel satirises the fact that they enjoyed a
suitably carefree semi-bohemian existence but never created much art
except for the way they chose to live their lives, which I guess some
people think is art in itself. Instead of creating art they suckered
random associates, impressionable teens, and assorted cognoscenti to
invest in their particular brand of tomfoolery. We see a group of school
kids painting walls, and a slouch of fading musicians downing Scotch at
6 a.m., while an East End glamour model poses for a calendar shoot.
Junkland activities dressed up as art. These artistes define ‘Art’ as a
commodity and artistry as a field of commerce. By dazzling and
manipulating the artistocracy with their crazy shenanigans, they were
in effect playing huckster and satirist at the same time. The scam
allows them to feed off the system and simultaneously expose it as a scam.
MR What attracted you to London?
SV I was attracted and inspired by the crepuscular crimedom of London
that sparks to life when the well pressed suits head back to the
suburbs and the lawless come out to play. For me London personifies a
naughty punk ingénue. Her mini skirted insouciance sailing a breeze.
But she’s also the coke snorting aristo, flaunting her inherited riches in
front of food banks and pawnshops. Even with an apocalyptic tang in
the air though, London’s blend of cool irony and double-edged
resilience always inspires me. On that note: Crack Apple and Pop is
being published by the irreverent Fahrenheit Press this year. It’s a
gritty slice of neo-London noir.

MR Great title. Will you be returning to Clerkenwell, London in general for your next?

(layout of next paragraph not a homage to the innovative typesetting to be found in, say, John Cage’s Silence: Lectures and Writings. WordPress, perhaps Satan himself, wants it that way.)

SV The new book, American Scandal, is a crime story set in LosAngeles, featuring an all female punk band, and a fast thinking, mean mouthed female mobster and entertainment impressario. The book looks at the ugliness lurking behind the celebrity fuelled New Age posturing and postmodern spangle. Some of the characters struggle for identity.and there is an eruption of racism that threatens the the fairy tale premise of the American Dream. Everyone’s making deals and payoffs, and venal reaming makes the world go round. Whether it’s law, sex, or money they all get their fifteen minutes, but riches and status-changing fame always come at a price.

MR  Sounds great. Do you live in New York, London or both?

SV I’m in between cities right now, a wanderer. I’m more a citizen of
the world than resident of a particular city or nation. Hopping along
the global freeway has its pros and cons. You can fall under the spell of
starless skies and a phantasmagoria of contrasting faces in sardined
buses or be besieged by the static silence of suburban space.
Although there’s always a sense of searching for centeredness in the
world, when you are between cities the story line is always changing,
just like the landscape.
Lively tweets at @sairaviola
https://internationaltimes.it/everybodys-son/
http://www.sairaviola.net
https://www.theclerkenwellpost.com/books/483-noir-s-rising-star
http://pulppusher.blogspot.co.uk/2015/08/push-ups-saira-viola.html …http://internationaltimes.it/interview-with-saira-viola/ …

Nick Stringer is a rookie lawyer but what he really wants is to run his own record label. His dream seems one step closer when old family friend and businessman Mel Greenberg offers to bankroll him.

Avery Cross is a junior reporter desperately searching for the story that’s going to make her name. Avery thinks there’s more to Mel Greenberg than meets the eye and that uncovering the truth about him might just be her ticket to the big time.

Nick, Mel and Avery’s lives converge against the backdrop of London’s underworld where glamour, crime & greed party side by side. It doesn’t take long before Nick begins to realise that if an offer looks too good to be true it probably is.

In a city rocked by corruption and excess, one of them is going to learn that sometimes in life you get more than you bargained for.

“A great amount has been done in literature over the years but every now and then someone comes along and shows us a completely different approach to the ancient art of the scribe . So hail Saira Viola and discover her twisted and beautiful imagination. Literature needs Saira Viola . Her writing is sharp direct and gripping.” -Benjamin Zephaniah

“A fresh faced voice to herald in the apocalypse .Posers beware .This is the real deal.” -Jonathan Shaw

“Injecting musical prose into a dying genre and one sorely needing a shot in the arm .What Viola has proven is the great novel is not incompatible with virtuosic poetics.” -James Browning Kepple

“Jukebox is a dirty, delinquent satire with plenty of scabrous humour, but it also holds up a mirror to a society obsessed with the wrong kind of celebrity. …..Jukebox is a compelling crime caper.” -Crime Fiction Lover

PS There’s a Clerkenwell restaurant in my next, which
Chris Black, the best editor ever, is disentangling
right now. My restaurant consists entirely of
Italian family bickering and some exotic cheeses.
Saira Viola paints detailed, vivid pictures. 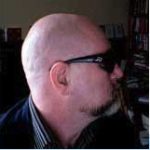 Tweet
This entry was posted on 23 May, 2018 in homepage. Bookmark the permalink.

One Response to Jukebox and Beyond