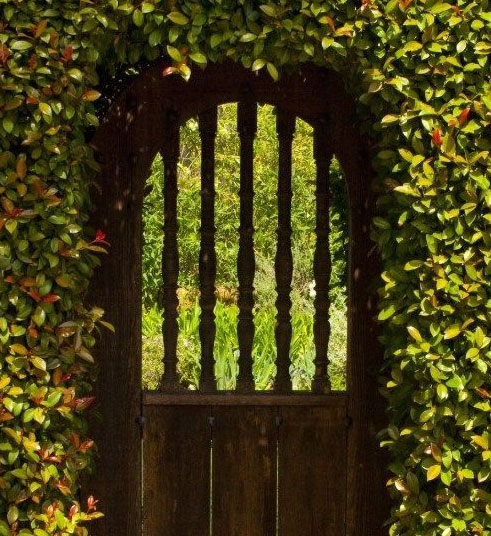 When he walked in to the party and saw her, he knew, she was the one. Looking at her, his body fell away. Leaving only his core, energetic self, fizzing with excitement. The feeling ran deep.

She was unresponsive. Politely uninterested. (Her existing boyfriend was meeting her needs). Asking around reinforced his feeling. He nursed it.

Bumping in to her again at the next party, she gave him more time. He noticed the way she touched her left ear with her right hand, when she laughed. Tilting her head. He liked that.

Through conversation it became apparent that the two of them shared interests. They both worked full time and enjoyed reading. He enjoyed the classics, she loved crime fiction. Neither of them liked dogs. Both preferring cats.

The third time they met, she seemed genuinely pleased to see him. They bumped in to each other out side a café. The conversation flowed so freely that they sat down, without thinking, at a table. Before either of them realised, it had became a first date.

His work colleagues recognised the signs and demanded to know the details. He told them it was early days. They could tell he was smitten. There was joking at the water cooler. Happiness out shone the embarrassment. It was becoming harder and harder to think of anything other than her.

She was being a little more coy. Having to arrange her feelings. Confiding to a close friend that she had met someone she really fancied. Her existing boyfriend was well liked by her friendship group, and she didn’t want that to change.

Concentrating at work became increasingly difficult. Her boss asked her if everything was alright. Her name, whispered round the office. She told no one at work how she was feeling. Holding it all in. Exhaling loudly, as she left the office at the end of the day.

Her existing boyfriend noticed her distraction when they met to visit his family. She shrugged off his concern. Telling him it was work related. (Knowing that would be the end of the conversation). During the lift back to hers he tried to plan a holiday. Her thoughts elsewhere. She told him she was too tired. Her stomach knotted with the lie.

The fourth time they met, he fell in love, and told her. She made her excuses and left. Called him two days later, nervously saying she felt the same. She met with her boyfriend, talking through the night. By the morning, she was single.

They met in the park that afternoon, holding each other in public for the first time. Kissing felt like the most natural thing in the world. Now that their hands were held, neither wanted to let go. They went back to his place and made love through the night. Slept briefly, woke in a dream, losing another day and the following night to each other.

Monday morning came far to soon. They agreed that, reluctantly they must both go to work. It would be too easy to abandon everything in the name of new found love.

The working day dragged on. Messaging each other endlessly. By lunch time it felt as if they’d never be together. An agonising pull of separation, only ceasing when they finally made it back to one another.

The weeks went by. It was agreed that they were destined to be together. The pieces all fitting so neatly. Friends and hobbies were neglected. Weaving a world for two.

They grinned their way through the days. Always touching. Enjoying the electricity. Woke up laughing in the night.

Feeling as if they had made childhood dreams for one another. Marriage, family, home. Everything he said was all she had been waiting to hear. She gave notice on her forgotten flat. Moved in to his. They bought a kitten.

Becoming weary of the daily separation. Plans were drawn up for a business. Work colleagues organised collections. Gifts were presented at leaving parties. How sad to see them go. So pleased to see them happy.

An old friend of hers asked her if she is sure about him. She said she is, dismissing her friends concern as jealousy.

She loved the practical way he achieved things. Methodically working to goals. He adored her artistic leanings. Creative touches around the home.

She makes a love nest of his bachelor pad.

They do well in business.

Clinking glasses of bubbles, for a year.

He wakes every morning and praises her. She drifts in the warmth.

Fifteen, sixteen, seventeen months, she wakes from a dream, shakes her head.

The feeling is gone.

He is not enough.

She tries to shake it off.

Panicking, she grabs him, devours him. Holds him down and searches his eyes to find him. But, she’s no longer there.

Feeling confused and lost, she tries to explain. He becomes angry, not hearing. She doesn’t understand how his love can fail to accommodate how she feels.

Violent is too strong a word. Fits of rage with himself for failing to be everything to her. She remembers a perfectly good life before him. They have gone deep.

Months pass. They have a business to run. Every which way she turns, he’s there. Endlessly talking, building his dream for them. She suggests a solo hobby, he insists on coming. She forgets the idea. He will not let go. She longs for friends, but can not find them.  He wants to be her all, as she is for him. The dream of the love they once shared, sticks them to a carousel of shouting, crying, making up.

One afternoon, someone comes to the door, preaching the word of Christ. She listens for longer than she needs to and a leaflet is kept. After dinner she mentions her curiosity. It wouldn’t hurt to go to church. They could go together. He protests, she reasons. He capitulates for peace.

Autumn in to winter, in the church hall, meetings are held mid week. A dozen or so attend. He sits silently, head bowed. She smiles, attentive. He insists they leave as soon as they can. He never wants to go again. On the way home she persuades him to try letting faith help them regain their love. As the weeks go by, he finds a voice. At home, church speak, comes second to business speak. They stop making love.

Come the spring, the sisters hold monthly, weekend retreats. Letting his storm rage, soothes the anger. She will go. It doesn’t mean she loves him less. The first time he drives her to the convent, his knuckles are white against the steering wheel. She asks him to pray for her at weekend meetings and to pick her up on Monday.

By the autumn, he talks more about Jesus than the business. He really sees it now. She tells him how much more she can love him, now that Jesus is in him. She loves him and she loves Jesus. He feels he can share, because he loves Jesus too. He sees the spark return to her eye. They smile, hand in hand, all the way to church.

She now leads the meetings.

Her followers absorb her understanding of the teachings. His love for Jesus increasing with the depth of his emersion in religion. He is no longer able to distinguish between his love for her and his love of God.

When he proposes marriage, she tells him gently, that she will be a bride of Christ. Talking through the night, they decide on four more Sundays together. The midweek  meetings are busy with well wishers. He looks beyond his loss to heaven’s gain. Reveling in her decision of committing to Christ.

On their final night together, they chat happily about their journey to God, while she packs a small bag. The rest of her belongings are boxed to be given to charity. His sacrifice feels just. So devout is his belief, that he willingly offers the one he loves in to the service of the lord. She kisses the cat goodbye.

The last time he drives her to the convent, she sits, silently smiling. They look in to each other’s eyes. She kisses him on the cheek. They will pray for one another. She leaves the car, turning to wave through the window. He adores the happiness he sees in her eyes.

A walk up the path.

Met by the usual sister.

The nun shuts the door, quietly asks, as she has many times before, after the woman’s health. Then leads her through the hall, in to the kitchen and eventually to the back door. The woman squeezes past the nun in to the garden, heading for a gate in the wall. She opens the gate, turns to raise a hand to the nun, who with a nod and a smile, pulls the back door to.

The woman passes through the gate to the street beyond, and a waiting car. After placing her bag in the back and closing the door, she throws herself in the front passenger seat, grinning from ear to ear. Her lover checks that she is ready. The woman nods. The car pulls away from the curb, and is gone.

Tweet
This entry was posted on 16 April, 2022 in homepage and tagged Ben Greenland. Bookmark the permalink.