Mahler on the Moon 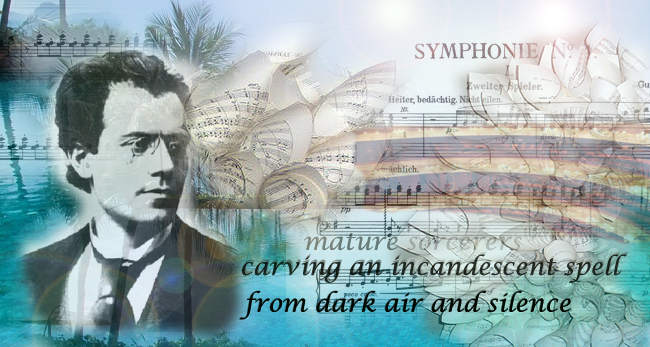 The music may be good or it may be off, but you can bet your shirt it is not gone bad in storage at Bangkok’s classical music venue. The auditorium is held at 15C and feels like a refrigerator. Outside on the street it is the sort of temperature that makes you want to curl up in bed for another hour or two. I suppose the deep freeze concert hall is the Thai equivalent of a warm theatre on a cold London night. Hate to think how much it must cost to hold the vast auditorium a full 10C below ambient.

The youngest member of the Youth Ensemble is ten. At twenty they send them out to earn an honest living. The radiant beaming musical director, who looked like Father Christmas on ecstasy, explained that they were going to include the second movement, which Mahler dropped, and if the Old Man objected he was welcome to step on stage and argue his case. In fact, he added, smiling to all four points of the compass, this would be a good time for anyone who had a point to make it. He then explained that it was better for the players if clapping was restricted to the end of the symphony. People want to clap when the players are on a roll, but it can disrupt the performance. It would be wonderful if our great concert halls had someone to explain the fundamental skills of being an audience with such charm and clarity.

Most of the kids were Asian but I counted a dozen Caucasians on the stage. Obviously it is a big deal for an expat family to be invited to join this elite circle.

The three-tier auditorium looked like the Swedish House of Parliament.  Floor walls and ceiling in honey-coloured teak panelling back to the first row of boxes; the rest clad in that utterly tasteful grey marble that the Japanese deploy so effortlessly to tame the hungry eye and assuage the wounded spirit.

The kids carried off the opening bucolic theme with grace and delicacy. They cut into the rousing second theme with the power and precision of a flock of migrating  artic geese.  At that moment it was clear that they were playing for keeps. This was not a gang of school kids being played by Mahler. This was a group of mature sorcerers carving an incandescent spell from dark air and silence.

You may well ask what Thailand’s finest young musical talent is doing performing antique European music. The answer may be that the Industrial Revolution, building on the rock of Bach’s genius, produced a musical repertoire that burns through the wrack of European fratricide like a beacon on the path of a greatness of spirit that elsewhere we never achieved.

Mahler’s ‘Titanic’ symphony played in Bangkok  by a gang of multi-racial school kids may have more to say about the European Union than all the twisted Eurocrats could ever dream.

The final encore was conducted by a meter high child, Por Por. He brushed away the announcer’s hand offering to help him climb on to a flight case podium higher than the top of his head, whipped the smile off the face of the first violin with a furious glare, took the orchestra in hand with an imperious flick of his one third size baton and drove his elders through Johan Strauss’ ‘Thunder and Lightning’  leaving them, and us, grateful to have seen genius at work.