It’s only a couple of vitrines, and they seem like overflow storage — as though they’ve been placed out of the way in the downstairs mezzanine of the Museum of Modern Art’s education building on 54th Street. But theslide show for THE ELECTRO-LIBRARY: European Avant-Garde Magazines from the 1920s is magnificent. In visual richness, and with the added wealth of historical detail, the online presence of the show dwarfs the actual exhibit (closing Monday). I haven’t asked the bibliographer of the MoMA Library, David Senior, who organized the project, whether he regards it as a prelude to the top-billed Tristan Tzara magnum opus,DadaGlobe Reconstructed (opening Sunday). But that’s how I think of it. 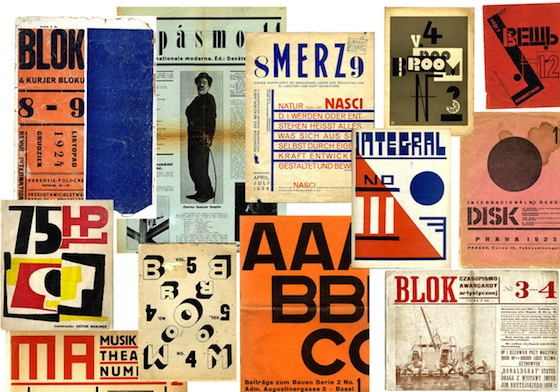 THE ELECTRO-LIBRARY: European Avant-Garde Magazines from the 1920s

There are some advantages to seeing the actual exhibit, though. For instance, you can read the 1924 manifesto of PICTOPOÉSIE — described in French as an invention of the painter Victor Brauner and the poet Ilarie Voronca — which is on the back page of the Romanian magazine 75HP. That’s in one of the vitrines but not in the slide show. 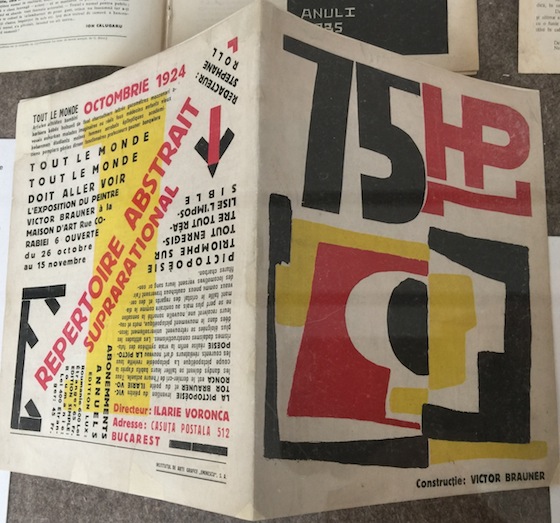 The magazine 75HP with front and back pages as shown in the exhibit.

Part of the back page is printed upside down, purposely of course, so you have to be a bit of an eyeball contortionist to read it. Or you can take a photo of it and rotate it to see what it says. Here tiz, cropped and enlarged. (They apparently didn’t mind typos.) 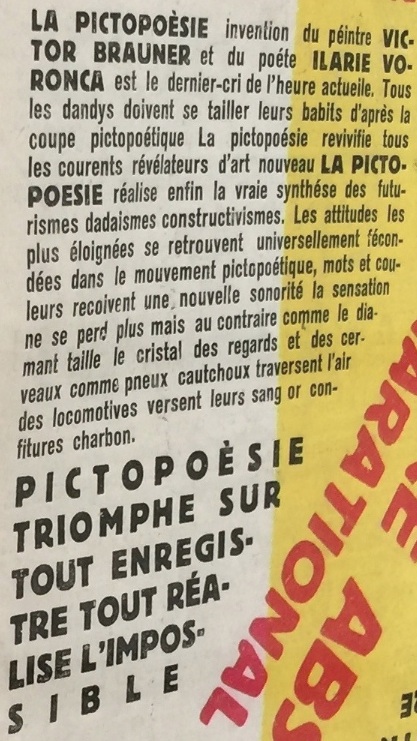 View all posts by Jan →
This entry was posted on 10 June, 2016 in homepage and tagged Jan Herman. Bookmark the permalink.