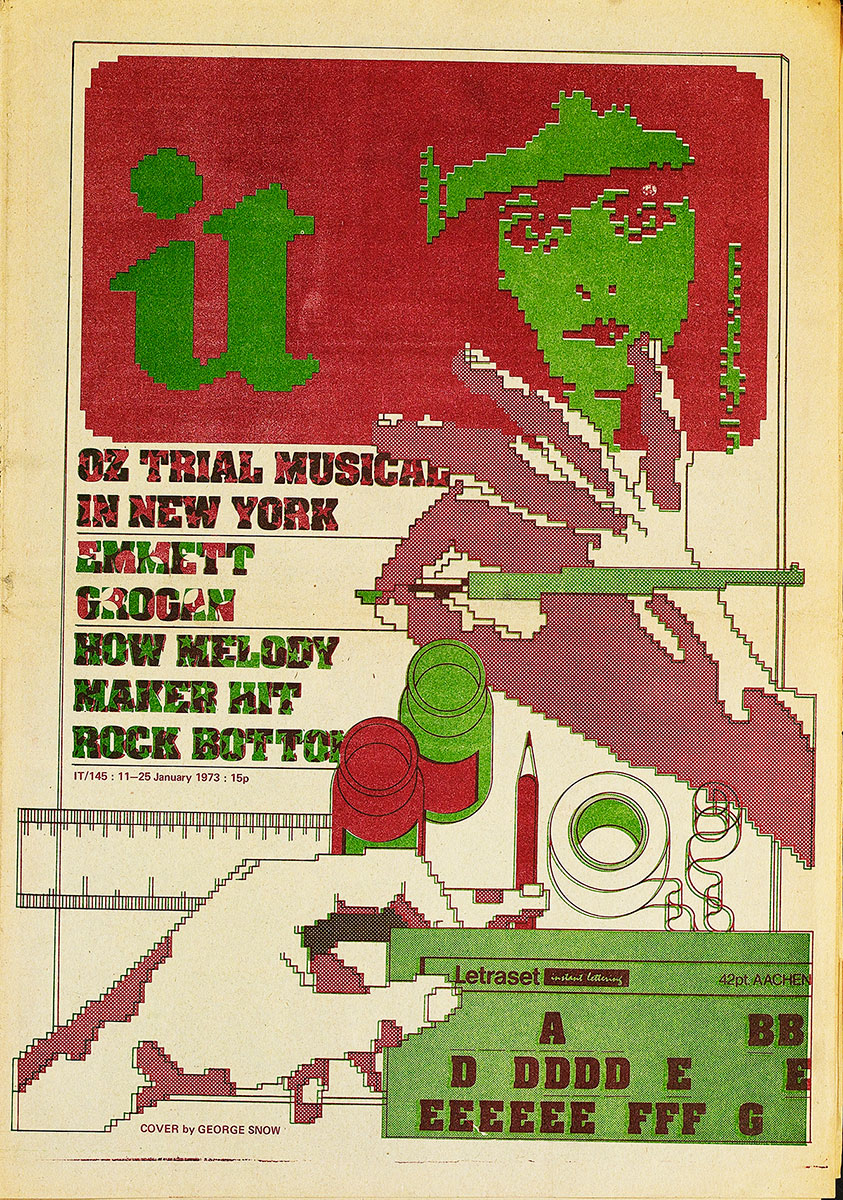 Issue number 145 of the legendary London underground newspaper International Times was the first published in 1973, and it’s a wonder to behold.

For starters, on the cover is an interesting creation by an artist named George Snow, a self-referential image highlighting the means of production involved in … creating a cover for IT. The image is craftily “pixelated” in a way that suggests (of all things) desktop publishing of the late 1980s, and a font card for 42-point Aachen is also featured as a design element.

The issue also included a two-page installment of “Fritz the Cat” by R. Crumb, and there’s an additional bit of Crumb art tucked elsewhere in the issue. There’s a wonderful advertisement for “Climax Books” (a Danish publisher of smut), and an incredible subscription offer—anyone willing to shell out £4.80 for a year’s worth of IT would also receive Hawkwind’s new album Doremi Fasol Latido.

The cover blandly promises a look at “How Melody Maker Hit Rock Bottom,” which is scant preparation for the savage four-page parody of the UK music rag to be discovered in the pages within. They call it “Monotony Maker”…..

It would take someone with a clear memory of the Melody Maker of the 1970s to unpack the myriad of now-forgotten references. On Twitter, Syd Barrett biographer Rob Chapman refers to the parody as “libellous,” which we’ll get to in a minute. The cover featured a fanciful tale of David Bowie becoming the first male rock star to give birth, while also reporting on a forthcoming Moscow production of the Who’s Tommy in which “guest soloists are believed to include everyone in the Soviet Union.”

In a tweet I can no longer find, Chapman also draws attention to the wicked wit involved in the otherwise innocuous-seeming cover headline “Beatles to Split?” which in 1973 addressed the deep-seated denial in the UK music press. On the parody’s second page there is a scurrilous gossip column called “The Raver” that is surely the item IT’s attorneys would have scrutinized most carefully, seeing as how it contains references to an Ian Anderson tax exile in Switzerland, cocaine shenanigans with Jimmy Page, and Marc Bolan’s likely stint in a looney bin. 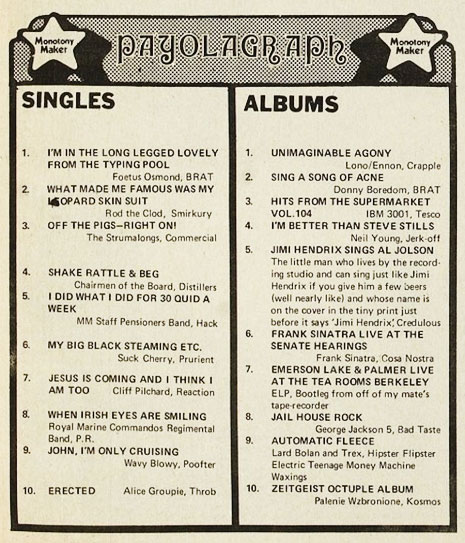 The “Payolagraph” item affords an opportunity to engage in some takedowns of Ono/Lennon, Neil Young, and the people trying to wring the last quid out of Jimi Hendrix’s legacy.

You can download all of issue 145 but we’ve taken the trouble to reproduce the “Monotony Maker” bits for you below: 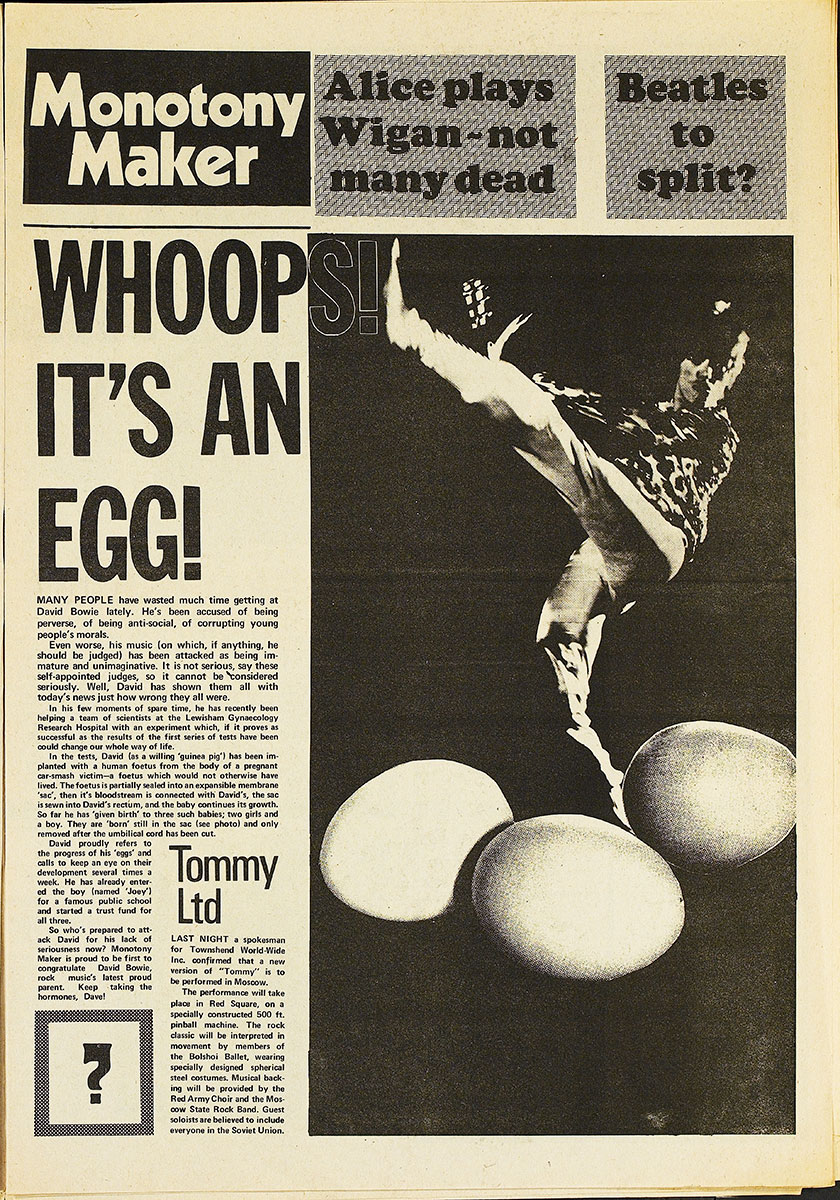 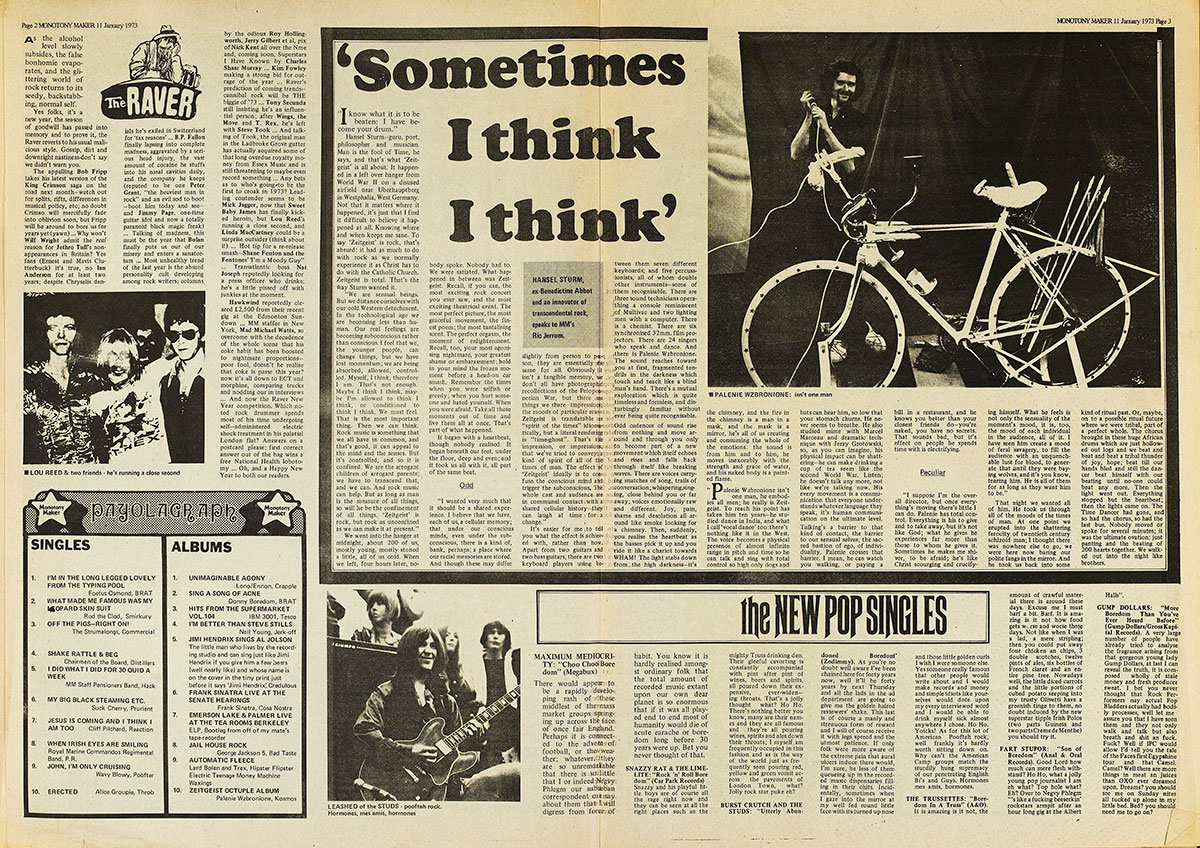 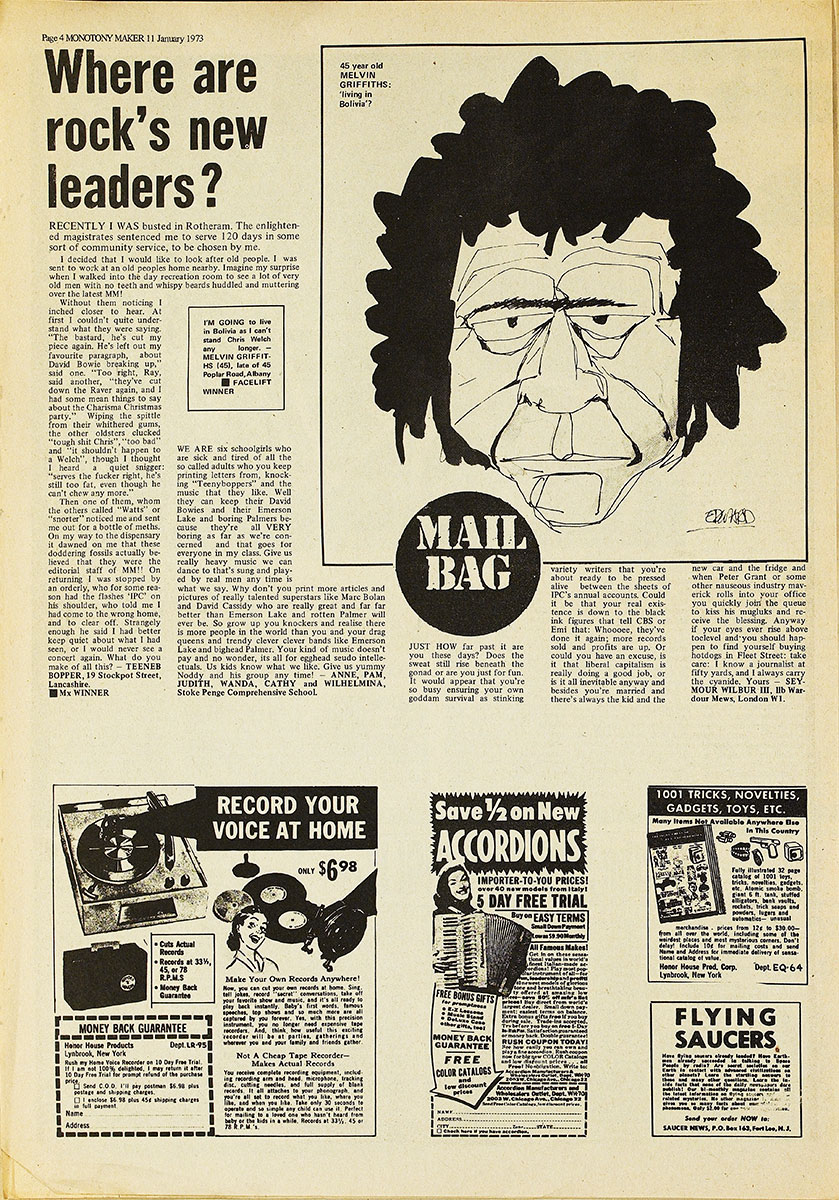 Posted by Martin Schneider
Tweet
This entry was posted on 28 February, 2018 in homepage. Bookmark the permalink.