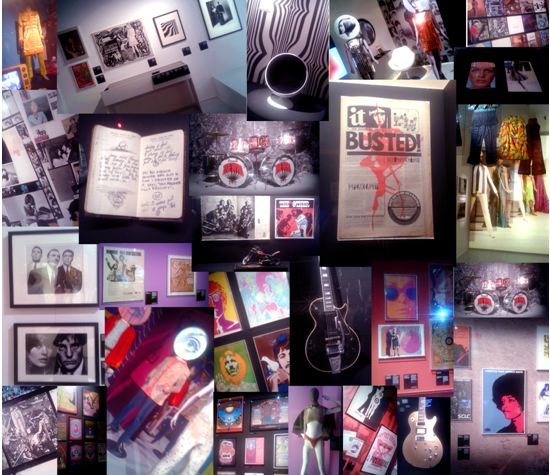 “I really want to write something on those youngs as peaceful and powerful as they were, but I feel that we’re a forsaken youth born after the death of the great ideals of revolution. We really need something that those youngs used to have: love, hope, power, enthusiasm. Enthusiasm is not enough to make a revolution, but without it nothing can change.”

The protagonist of the exhibition scheduled at the Fabbrica del Vapore in Milan until April 4 is the Revolution, that fascinating lady desired by the world, an impalpable woman whose forms are created by ideals, a utopian desire for change, and during these years was coveted in such a powerful way as to magically bring “the rebel dream” to touch the finish line of reality, leaving a train, a breeze so sharp as to plow through history in an indelible way. 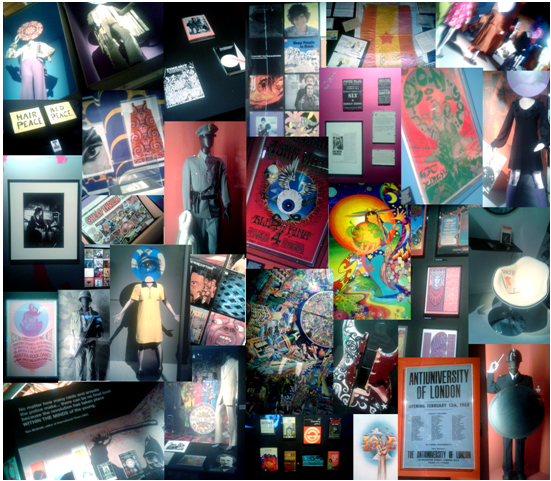 The exhibition  “Revolution, Musica e ribelli 1966-1970, dai Beatles a Woodstock”(“Revolution, Music and rebels 1966-1970, from the Beatles to Woodstock”) is a real journey through time, an adventure between psychedelic images, music, hypnotic graphics, fashion and design. Over 500 objects and testimonies come from London, to Italy, from the Victoria and Albert Museum, and venturing into the exhibition you can breathe 360 ​​° every facet of that brief but spectacular period reliving not only the life path of some of the greatest legends of music such as the Beatles, the Who, the Rolling Stones, and the explosion of fashion also imbued with the hypnotic juice of revolt, constantly wavering between trend and scandal, with bursting characters like the supermodels Twiggy and Jean Shrimpton, but also the deep desire for peace and love and the wounds caused by politics and war. The beat and the psychedelic were now an obsession of vital importance and the pillars of the post-war society had crumbled, leaving room for new columns culturally and socially, restored by an energy with a deafening echo but with a fragile heart: the Revolution.

What follows, constantly accompanied by a guardian angel made of unmistakable music of that fascinating period, is all that the revolution has embraced with its unstoppable arrival, besides music and fashion, also events and counterculture with Haight-Ashbury hippies and Carnaby Street, but also with the development of alternative press leading to the birth of new magazines, including our International Times, but also for example OZ and Black Dwarf. The BBC relies on DJs of radio pirates to conduct some programs in line with the demands of the anarchist people of those times, but this revolutionary wave also involves the world of drugs. LSD, thanks to its incredible ability to change the vision and the shapes of things and ideas, was the “best friend” to give shape to an incredible mental riot. 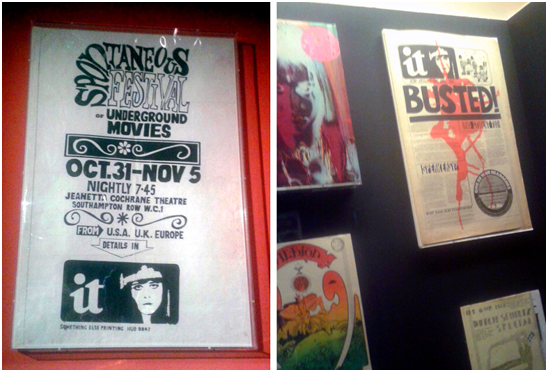 The exhibition ends with an amazing big screen to relive the Woodstock Festival.

Not to be missed.

View all posts by Elena →
This entry was posted on 28 March, 2018 in homepage. Bookmark the permalink.