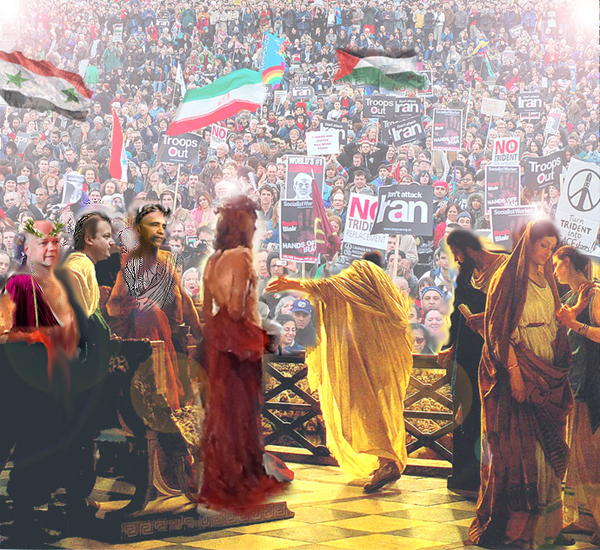 .
.
HOLLAND: A Catholic lawyer has sought legal action over the ‘wrongful conviction’ of Jesus.

The Christianity myth is, like all cultural myths, composed of the combined wisdom of the ancestors, shaped to their own advantage by those who had the power to do so.

The myth is a natural teaching device carrying information of a higher order than is generally available in the hum-drum everyday lives of future generations.

There certainly seems much to question when the crucifix, a fearful instrument of torture, agony and death, is flaunted as the symbol of the loving God which Jesus revealed in contrast to Jehovah, the previous wrathful deity of the Hebrews.

But power needs fear to impose its will, and the priests and Bishops were not slow to mould the emerging myth of love and freedom into fearful doctrines to suit their own Machiavellian ends.

Many are the ways in which this myth could have moulded itself if left to its natural inclinations, some perhaps, with less gruesome consequences.

But as they were near Golgotha
There appeared before them a mist
Like unto a veil
Into which no man could go
And from out the veil spake there a voice saying:
‘Thus far my only begotten son
Indeed hast thou risen.’

And Jesus raising his arms towards the sun
Spake saying:
‘Now we can begin.’