Myths Not For Sale 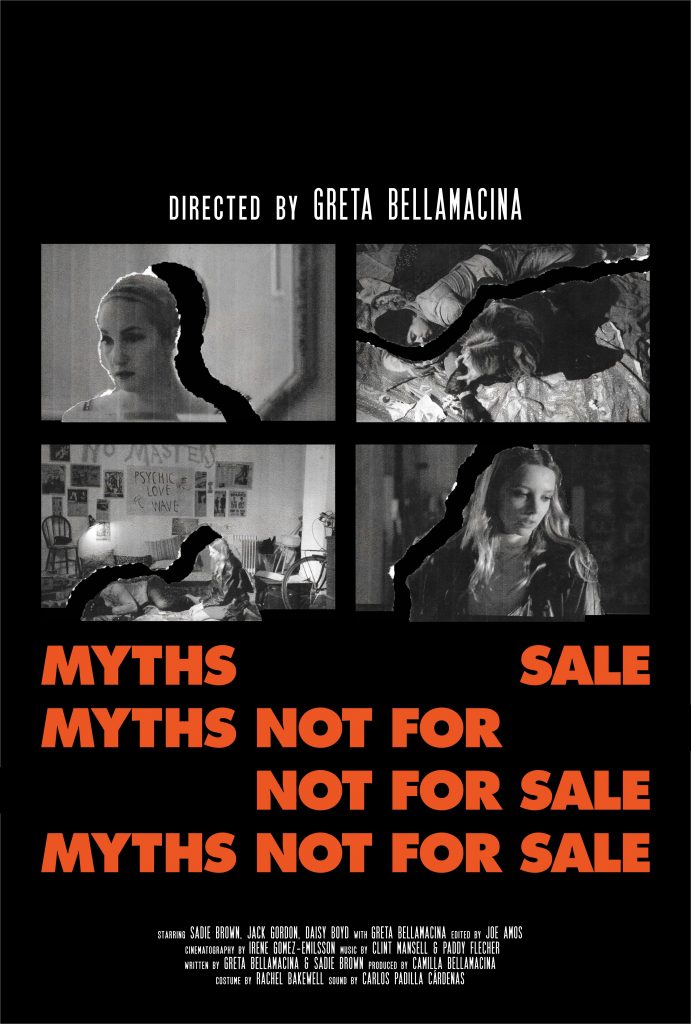 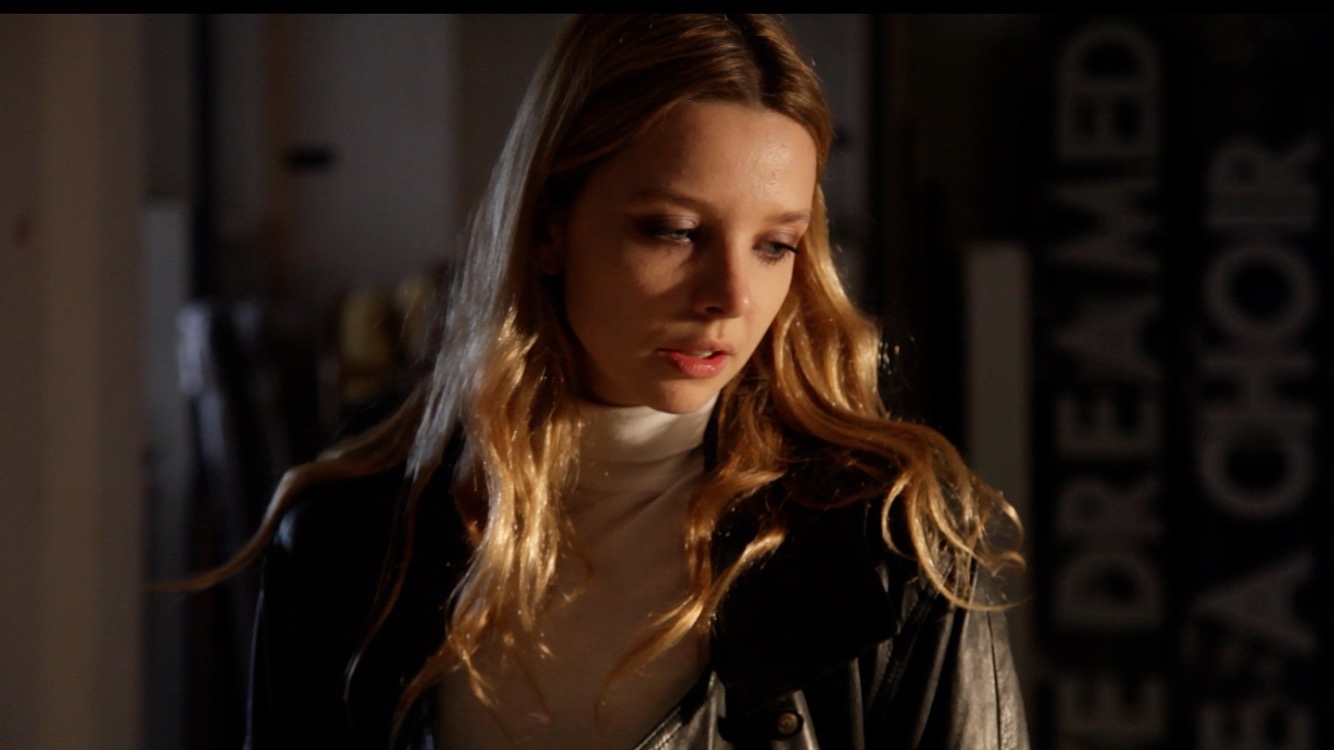 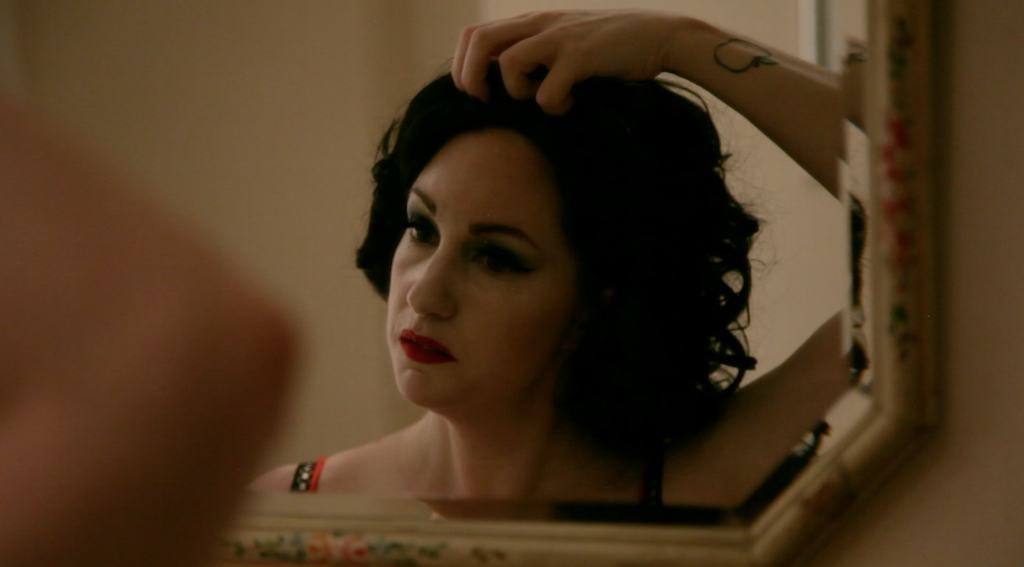 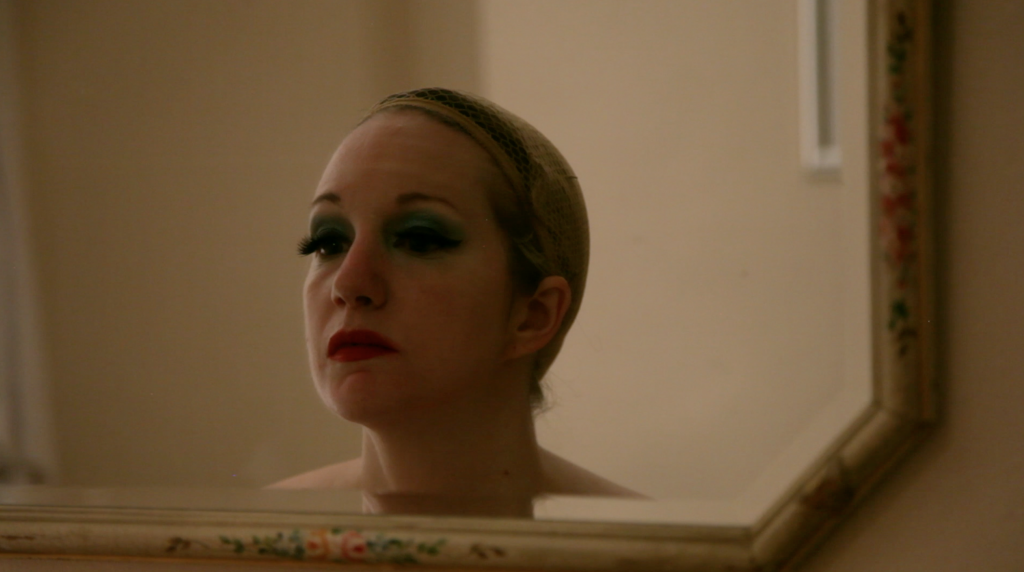 The idea that the fragile transience of beauty and myth – our need for it, either personally or for something to gaze upon, an objectification, something to identify with, fantasise or dream about – has the strength and vulnerability of a cobweb, is depicted in this thought-provoking short film directed and written by Greta Bellamacina.

The film starts with an actress, played by Sadie Brown, gazing into her mirror during a delusional soliloquy about a past relationship, as she takes off her “armour”: her wig and makeup. Reading between the lines, she is subtly exposing the very limited viewpoint we have of women in terms of what is viewed as attractive or acceptable; a lament for the often wasted untapped sources of real beauty – that of experience, knowledge and spiritual growth. While there is the inevitability of her fate in the shallow business of her chosen craft, the insightful, compassionate viewer wishes the character had more belief in herself outside of her appearance and her need to be accepted as an actress, and her lost longing for her ex-husband. Expected needs of conventional success should not in any way diminish the sovereign glory of sheer existence and the heroic success of daily survival. To understand that the explosion of the multitude of little victories every day cannot be erased like her lipstick through a litany of enforced depressive thoughts, and that those victories are a statement of creation and life itself. That lipstick and wigs are not beauty, but what is underneath it all really is.

The desire for stardom (as one of the myth makers of the age) or the need to be heard, are powerful forces driving these fragile characters. Greta Bellamacina makes her acting debut as a single mother and poet, weaving in another kind of vulnerability. The feeling of life hanging on a frayed thread may be familiar to many these days, and is exposed through her character’s daily routine of getting her baby ready, rushing to take him to a babysitter friend in order to get to her goal of reading her poems on pirate radio. The location is the grubby room of a friend, played by Jack Gordon, operating the station from his bed. His exasperated girlfriend, played by Daisy Boyd, leaves in despair as Greta’s character, Celeste, enters to read him her latest poem. Together they rally to deliver their rebellion in a bare room with a mattress on the floor and a microphone. It has the feel of a post-apocalyptic war room, a last ditch attempt to broadcast beauty in the form of poetry to any out there with ears to hear it.

The soundtrack is by award winning composer Clint Mansell (Black Swan and Requiem For A Dream). Set in 1999, it could be now, it could be twenty years into the future. An overwhelmingly fraught tension seems to permeate this short film. The romance of poets in poverty – something which may appear charming when reading of poets in past times – is dispelled with the chill of reality. It’s all too frighteningly close. The allure of fin de siècle Montmartre, or the Beat Poets beating out words west Stateside or Paris Left Bank side have their echoes here, but somehow the current political threat we face now seems all too real to make a poetic existence a pleasant reality, as the bell tolls for artists in late 1990s London. The Young British Artists may have made a financial killing in the mid-90s, but there’s evidently no trickle down wealth to nurture the next generation of creative types. A real Thatcherite myth. It’s as if a gloom of clairvoyant understanding has infested these characters to inertia in the knowledge that the super rich are coming, and their days as any kind of colourful and enchanting bohemian implantation in the city are over as a potentially carefree movement. Rather than enticing us to the location, we can only hope they can escape it.

Perhaps myth is a cobweb, strong in one sense, blown away by a breeze the next. But it’s also what forms memory and in many ways our identities by way of a reflection. The message of this film, via a refusal to conform and sell it cheap, hints that real myth comes from truth.

This seems to be at the heart of all of Greta Bellamacina’s work. A certain melancholy permeates her poetry, but that’s what makes her so interesting and unforgettable. Her partner, the artist and poet Robert Montgomery once described her glowingly as “better than Sylvia Plath”. Together they have formed The New River Press, printing short run poetry books, a brave move in such vastly corporate and vacuous times in the publishing world. As with this film, a defiant move to perhaps reclaim stolen myths, and create our rightful mythology.

Just as interesting is her foray into the film world with this production, after her first successful documentary A Safe House: A Decline of Ideas. With her deeply thoughtful and searingly real observations, always poetically delivered, it could be the start of something mythical. Watch this spark.