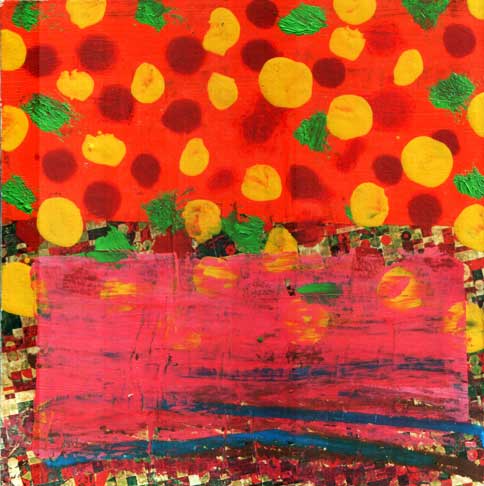 ‘According to the map, the footpath continues straight ahead,’ said Gloria. ‘But where’s the track?’ The path they’d followed through the nature reserve had brought them to the edge of a large field planted with a crop neither of the women recognised. It grew in clumps, like coarse, spikey, purple grass, along the tops of the furrows, row after row of it. Only the occasional thistle relieved the monotony. ‘What is it?’ Stephanie asked. ‘I don’t know,’ Gloria answered. ‘Let’s cross the field and see if we can find a gate or stile.’ They made their way over the field trying not to damage the mysterious crop. At the other side they came to a hedge with no apparent break in it. Behind the barrier of hawthorn and brambles there appeared to be an electrified security fence, and beyond that a long, low, windowless building, painted white. A faint throbbing sound came from the building. The place seemed to be deserted. Then they noticed the drone approaching along the top of the hedge, its camera trained on them.

Tweet
This entry was posted on 29 August, 2020 in homepage and tagged Rupert Loydell, Simon Collings. Bookmark the permalink.